Step outside this week between 10:30 p.m. and 11 p.m. local Daylight Time and you’ll be able to count no fewer than eleven first-magnitude stars. There are 21 stars that rank as first magnitude and fifteen are visible at one time or another from the latitude of New York.

One object that outshines them all is the planet Jupiter that is visible low in the east-southeast. But the eleven first magnitude stars that are currently visible are the most that one can see at one time at any time of the year. They are, in order of brightness:

Like gems balanced on scale pans with Polaris, the North Star at the fulcrum, we can see the soon-to-be departing yellowish Capella, sinking in the northwest and the oncoming bluish-white Vega glittering just above the horizon in the northeast. Intrinsically, Capella is more than three and a half times as luminous as Vega, but at 42 light years it’s also 1.7 times farther away, so Vega appears about 5 percent brighter!

Because they’re relatively close to the Pole, both Capella and Vega can be seen, for a short while at least, on any night of the year, though not always at a convenient hour.

If you bought some fresh asparagus but won't be eating it right away, cut off an inch off the bottom of the stalks and store in a glass jar with a few inches of water, loosely covered, in the fridge. They'll keep fresh up to a week or more!
More hints & tips 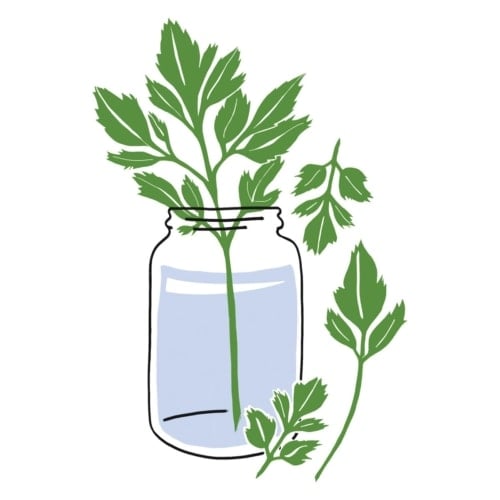