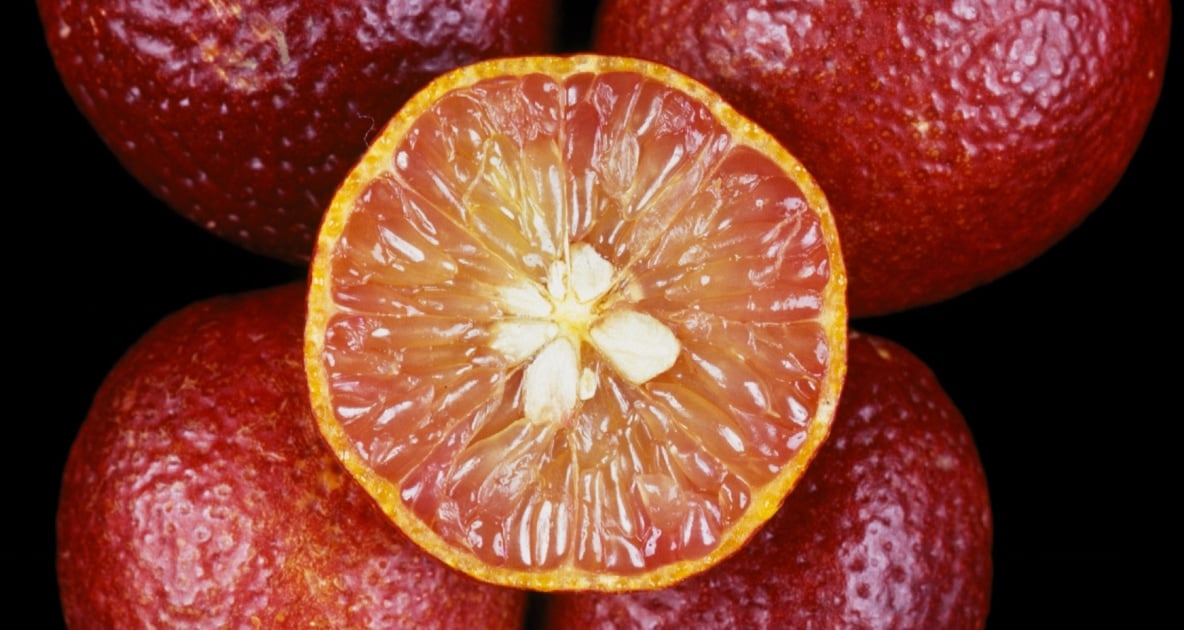 On your latest trip the farmers’ market or grocery store you may have noticed many strange looking or oddly labeled items in the produce aisle.  Pluots and plumcots, kallettes, and broccoflower. While sometimes a hybrid fruit or vegetable is the work of nature, it is often the work of an agriculturist cross-pollinating two or more fruits or vegetables.

Hybrids should not be confused with genetically modified organisms (GMOs), which are genetically altered in a lab. Unlike GMOs, hybrid fruits and vegetables are created by the mating of 2 varieties or cultivars within a single species, or between different species within the same genus.  Although many hybrids you see are cross-pollinated artificially, this phenomenon happens quite frequently in nature.  This is essentially how new species of plants arise over time.  Thank the pollen and bees, and the wind and seeds.

In fact, many familiar fruits and vegetables that we commonly eat today are creations of hybridization and are nothing like their ancient, wild counterparts.  Boysenberries (raspberries, loganberry, blackberries), grapefruit (pomelo and orange), the traditional yellow banana, and many apple varieties (honey crisp) are all a product of hybridization.

Check out these interesting hybrids being grown and maybe give one a try if you come across it in the supermarket — it may just be your new favorite!

1. Pluerry (Plum and Cherry): The pluerry was made for the cherry lovers who are always wishing that there was more fruit to enjoy.  It combines the sweetness of the cheery with the zing of a plum.  The flavor of this perfect fruit changes depending on the ratio of plum to cherry.  Some pluerries can be very sweet with a small pit, similar to the cherry’s small pit.

2. Peacharine (Peach and Nectarine): This beautiful blend of a peach and nectarine will leave your mouth wanting more.  The peacharine has the sweet flavor of your old-fashioned peach, but with minimal fuzz and a silky fruit texture.

3.  Plumcot (Plum and Apricot):  These are the predecessor of the pluot, with an intensely sweet and fruity flavor.  Their difficulty in growing, harvesting and shipping led to the later developed plum and apricot hybrid, the pluot.

4. Pluot (Plum and Apricot): This later generation cross between the plum (70%) and apricot (30%) has high sugar levels giving them its extraordinary sweet taste.  They taste like plums and are just as juicy, yet a bit neater to eat, while also having the texture of an apricot.

5.  Peacotum (Peach, Apricot, and Plum): Peacotum is proclaimed as the first three-in-one fruit hybrid ever.  This mellow-tasting fruit has the texture of a peach, but tastes more like a combination of a plum and apricot, likened to the taste of fruit punch.

6. Blood Lime (Red Finger Lime and Ellendale Mandarin, pictured): While we have all heard of the blood orange, how about the blood lime?  The flesh inside is red like that of the blood orange.  It has a tangy flavor, while being smaller in size and sweeter than your traditional lime.  This hybrid can not be cut up like the finger lime, and is generally used as a garnish or to make marmalades, preserves, beverages and sauces.

7. Limequat (Key Lime and Kumquat): This hybrid has a sweet and edible skin, while still retaining the bitter pulp of the lime.  Many people find them too tart to eat plain and often prefer to use them in jams or chutneys.

8. BrusselKale (Brussels sprouts and Kale): This hybrid, just hitting the stores, is going by a few different names, including BrusselKale, Lollipops, Kalettes, and Flower Sprouts.  With a more subtle flavor than Brussels sprouts, and the mild, sweet taste of kale, this green and purple veggie resembles little cabbage leaves and can be eaten raw in salads, steamed, sautéed, or stir-fried.

10. Tayberry (Blackberry and Red Raspberry): These berries have a sweet-tart flavor.  They are sweeter, larger, and more aromatic than the loganberry (another cross between the blackberry and red raspberry), and their high level of pectin make it a great choice for jam.  Tayberries do not pick well by hand and cannot be machine harvested, so their use as a commercially grown berry crop is limited.

11.  Tangelo (Tangerine and Pomelo or Grapefruit): Sometimes referred to as Honeybells, tangelos have a juicy tangerine flavor, without the bitter taste of the grapefruit.  They are larger than a traditional tangerine, and are distinguishable by the characteristic “nipple” at the stem.  Their loose skin makes them easy to peel, making them a great substitute for mandarins or sweet oranges.

12. Broccoflower (Broccoli and Cauliflower):  Like the name suggests, this hybrid is a cross between broccoli and cauliflower, however it is sweeter and milder tasting than either.  This chartreuse colored vegetable comes in two forms, the Green Cauliflower, which has the physical attributes of a cauliflower and the Romanesco Cauliflower, which has a striking appearance with spiky, fractal patterns on its flower head.  Both forms of Broccoflower can be prepared in similar ways as your would its parents.

13. Brokali (Broccoli and Kale):  This unique cross between broccoli and kale offers a vegetable that is tender in texture and sweet in taste.  The brokali hybrid combines the tender stems and florets of the Calabrese broccoli (the most-common variety of broccoli in the United States) with the kale’s ruffled leaves.

14. Broccolini (Broccoli and Kai-lan): Similar to broccoli, broccolini has longer stems and smaller florets.  Its sweeter flavor makes it a good choice for getting your picky eaters to eat their greens (or at least a form of it).  Since it is more tender, it also requires less cooking time.  It is usually eaten steamed, but can also be sautéed, boiled or stir-fried.

And more good news about hybrids: not only do these fruits and veggies taste good, but they also offer the same beneficial nutrients that their parent plants would!

A few of these I have tried and can’t wait to try all the others! I would love to grow them also!

14 Hybrid Fruits and Vegetables Worth Trying

Cut firewood during the light of the moon so it will burn well and stay bright.
More hints & tips