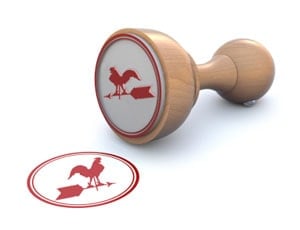 If you haven’t completely gotten over your childhood dreams of being an explorer or a pirate in search of buried treasure, you may enjoy one of two hobbies that are gaining in popularity: letterboxing and geocaching.

Letterboxing and geocaching are outdoor hobbies that combine hiking, orienteering, and creative problem solving to lead participants to a hidden “treasure.”

In both, the object is to find a waterproof box hidden in a park or other public location, following clues left by the person who hid it. Usually, but not always, the clues can be found in one of several special online forums set up specifically for sharing them.

Here’s a closer look at each hobby, and their similarities and differences.

Letterboxing
People have engaged in letterboxing for more than 150 years. The sport was invented in 1854, when an outdoorsman named James Perrott hid a glass bottle at Cranmere Pool, an out-of-the-way spot in Dartmoor, a national park in Devon, England. He encouraged visitors to find it and leave behind a calling card to mark their achievement. Over time, people hid more containers in the moor, and the calling cards were replaced by postcards that would be mailed by the next person to find the box (thus the name, letterboxing). Today, there are thousands of letterboxes at Dartmoor alone, but the hobby has spread worldwide, in part because of a feature story in Smithsonian Magazine during the late 1990s, and in part because the Internet has made it possible to publish a large number of clues all in one place.

Today, letterboxes each contain a logbook and a stamp. Though they don’t have to be, the stamps are often one-of-a-kind, hand-carved stamps. The “box” itself can be any sealed container, such as a water bottle, pill case, or plastic kitchenware. People searching for letterboxes carry their own book and personal stamp. When they find a letterbox, they sign the logbook and place their own stamp in it, and mark their own book with the stamp from the box. Over time, letterboxers fill up their books with dozens, or even hundreds, of fun and unique stamps, creating a sense of community and camaraderie with people they may never meet, except on paper.

Clues for finding a letterbox are written and posted online by the person who hid it. Some are straightforward, while others require puzzle-solving skills. Some are poetic or humorous in some way. Some aren’t posted online at all, but only spread through word of mouth. There are many websites dedicated to providing clues to letterboxes, the most popular of which is www.letterboxing.org.

Geocaching
Geocaching is a much newer activity, invented a little over 10 years ago by Oregonian Dave Ulmer. Like letterboxers, geocachers search for a waterproof container, called a “cache,” that holds a logbook they can sign and date. Unlike letterboxing, though, geocaching doesn’t rely on narrative clues to lead participants to the treasure. Instead, the person hiding the cache shares the exact longitude and latitude coordinates using a Global Positioning System device. Those searching for the cache then use their own handheld GPS receivers to help them locate the hidden stash. Some caches are relatively easy to find, while others are well hidden, or even suspended in trees or other out-of-reach areas.

Because it requires a GPS unit, geocaching is a more high-tech hobby than letterboxing. These devices range in price, depending on their features, but can usually be found at camping and outdoor stores for around $100. Today, many mobile phones also offer GPS technology, for a small monthly fee, and can be used for geocaching.

Another difference between letterboxing and geocaching is that geocaches usually contain several toys or other inexpensive trinkets, instead of a stamp. Geocachers can take an item of their choice as a souvenir of their adventure, but must leave another item behind to replace it.

In the decade since geocaching began, enthusiasts have created an entire culture around it, with their own lingo, acronyms, and etiquette. As with letterboxing, there are a number of popular websites dedicated to geocaching, including www.geocaching.com.

If you’re interested in trying either letterboxing or geocaching, start by looking at one of the popular websites for clues. Chances are, there are several letterboxes and/or geocaches within a few miles of your home. You can make an afternoon out of searching for one or more without spending a fortune on gas. Over time, you can pull together some clues to do a search any time you plan to go on a hike, or visit a local park or other popular outdoor area. Once you’ve found a few letterboxes or caches, you might even want to place a few of your own.

Whether hiding or searching for a letterbox or geocache, always be sensitive to your surroundings. Never tread on plants or destroy wildlife habitats. Be sure to follow the rules of any park or public land you visit. Many parks now have rules prohibiting letterboxing or geocaching, while others have strict rules that visitors should remain on marked trails. These rules are in place to protect people and sensitive ecosystems, so show respect for the people who maintain these areas. Never place a geocache or letterbox on private property or in a location where it may cause suspicion. Several geocaches have sparked bomb scares in recent years. If you find litter during your hunt, carry it out with you. Helping to maintain the areas where you enjoy your hobby will help to create goodwill.

By following these guidelines, you can begin to explore a new hobby that is fun for the whole family.

Keep Your Pet Cool During The Dog Days

Place a frozen water bottle inside your pet's bedding so he or she can lean against it and stay cool during the hot summer months.
More hints & tips 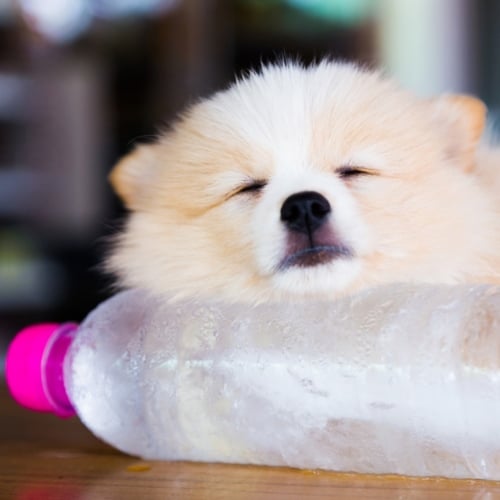