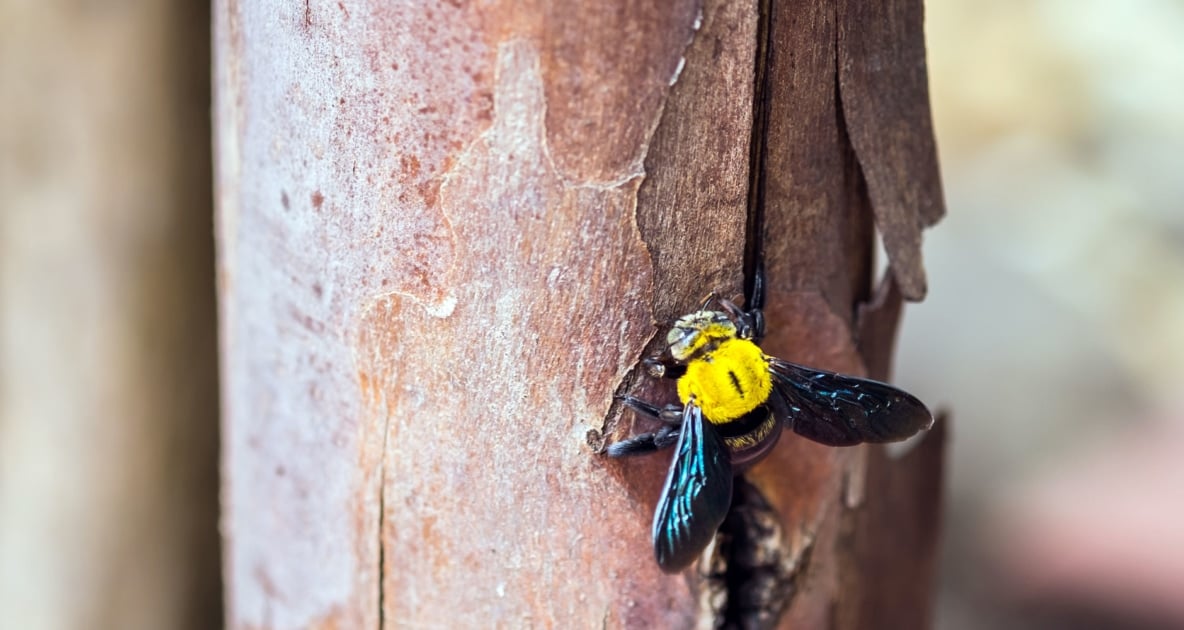 Many people wonder if carpenter bees are beneficial or a nuisance. The not so simple response is: they can be both.

Although we might call any of these types of large, fuzzy, wood-drilling bees “carpenter bees,” there are close to 2 dozen of the Xylocopa spp. in the United States, many of which have different habits. The potential damage they do to your home depends on what particular species they are.

Like bumblebees, carpenter bees are chunky and impressive specimens that sometimes grow to an inch long. Carpenter bees often have smooth abdomens, while bumbles are fuzzy all over (which is what makes bumblebees great pollinators). The greatest difference is their social structure. Bumblebees typically have a queen and build nests in the ground, and although they are not overly defensive, they will sting if the colony is disturbed. And unlike honey bees, they don’t have any hives to protect.

Carpenter bees are solitary bees (similar to mason and leafcutter bees), and their excavation efforts involve creating a tunnel to raise their brood. Fortunately, they are exceedingly docile as the males don’t sting at all, and you practically have to squish the female between your fingers to elicit a reaction. Females are typically solid black, while most of the males have yellow on their thorax.

Fun Fact: In the West, the Valley carpenter bee, Xylocopa varipuncta, is a blond, totally stereotypical of a sun-drenched Californian.

Why Carpenter Bees Are Considered Pests

In early spring, the female excavates a perfectly round 1/2 inch in diameter by using her strong mandibles to break up and pull out the wooden pieces. She can drill roughly an inch deep into the wood every 5-6 days, and often creates a series of tunnels and brood chambers that might be 6-10 inches deep. Within these tunnels, she’ll raise a half-dozen or so larvae providing them little balls of nutritious pollen and nectar dubbed “bee bread” to sustain them until can venture out on their own. At the end of the season, the young adults find crevices, or sometimes the excavated bee tunnels, where they overwinter.

How To Prevent Wood Damage From Carpenter Bees

With this level of hole drilling, it’s no wonder some homeowners are concerned about damage. In regions where carpenter bees are a significant issue, it takes forethought to prevent damage to structures. Whenever possible, use hardwoods, as they are more difficult for carpenter bees to excavate. In some situations, painting or treating the wood does help discourage them, although, as many homeowners know, this is not always the case. To prevent bees from reusing the previous year’s tunnels, stuff steel wool and caulk after the bees have emerged in the spring.

In worst case scenarios, you can resort to pesticides, although this is best done in the spring before the female lays eggs. Once they have brood present, they seal the tunnels with a wood chip mixture. This doesn’t allow the pesticide to reach the bees, and they’ll chew their way through the plug long after the pesticide is effective.

In reality, carpenter bees are an important feature in the landscape as stellar pollinators, and pesticides should not be used, if at all possible. Like bumblebees, their fuzzy bodies are perfect for picking up pollen on one flower and taking it to another in their rounds of gathering pollen and nectar for their young. And while they are not typically aggressive, they can be a bit bossy, particularly when it comes to staking out their favorite blossoms. Both the males and females will dive bomb or bump into an intruder, including you, to encourage you to go elsewhere.

To keep carpenter bees busy, some gardeners will install a few 4×4 inch untreated, softwood posts in their garden to encourage carpenter bees. This could be the highlight of the garden, particularly with a bench nearby, to sit and watch them work on their tunnels, as well as see them busily tending to the flowers in the garden. To encourage all pollinators, plant a wide variety of flowers that bloom from early spring (when the carpenter and many other native bees emerge) up until a killing frost. Some sort of water source, such as a shallow dish with pebbles that are frequently filled, is also very important to these hard-working creatures.

Having carpenter bees is a very good thing, as long as they are not burrowing deep tunnels into parts of your house or other structures causing damage. Encourage them when you can, and please be gentle by using the least toxic methods possible if you can’t have them living so close to home.

Do you live in Lakewood New Jersey

Carpenter bees only weaken the boards they bore into. The real damage is done by woodpeckers pecking out the tunnels in search of bee larvae. They will leave long gouges in wood siding of a house. Cedar sided houses are the worse for carpenter bees. A chemical called Demon will repel them, but it don’t kill them. It is good for other pest also.

Thank you for the sacrificial wood suggestion. It’s a great one.
Can’t blame the bees. They would have been quite happy doing their thing and then someone comes along, bulldozes all the trees, clears the wood and puts up houses. Lacking options, the Carpenter bees drill into homes.
I thank you for understanding that the bees have no ulterior motive to damage homes. They just are making homes themselves.

There is a wooded area just on the other side of an alley adjacent to our back yard. According to you, the bees eating our back porch are either stupid or mean. LOL !!!!

What is the hang up with…..lakewood nj?

They are a menace. They’ve caused severe damage to my home. 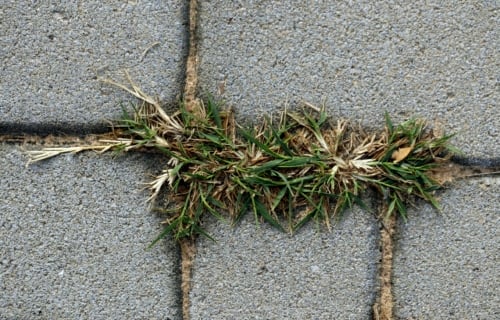