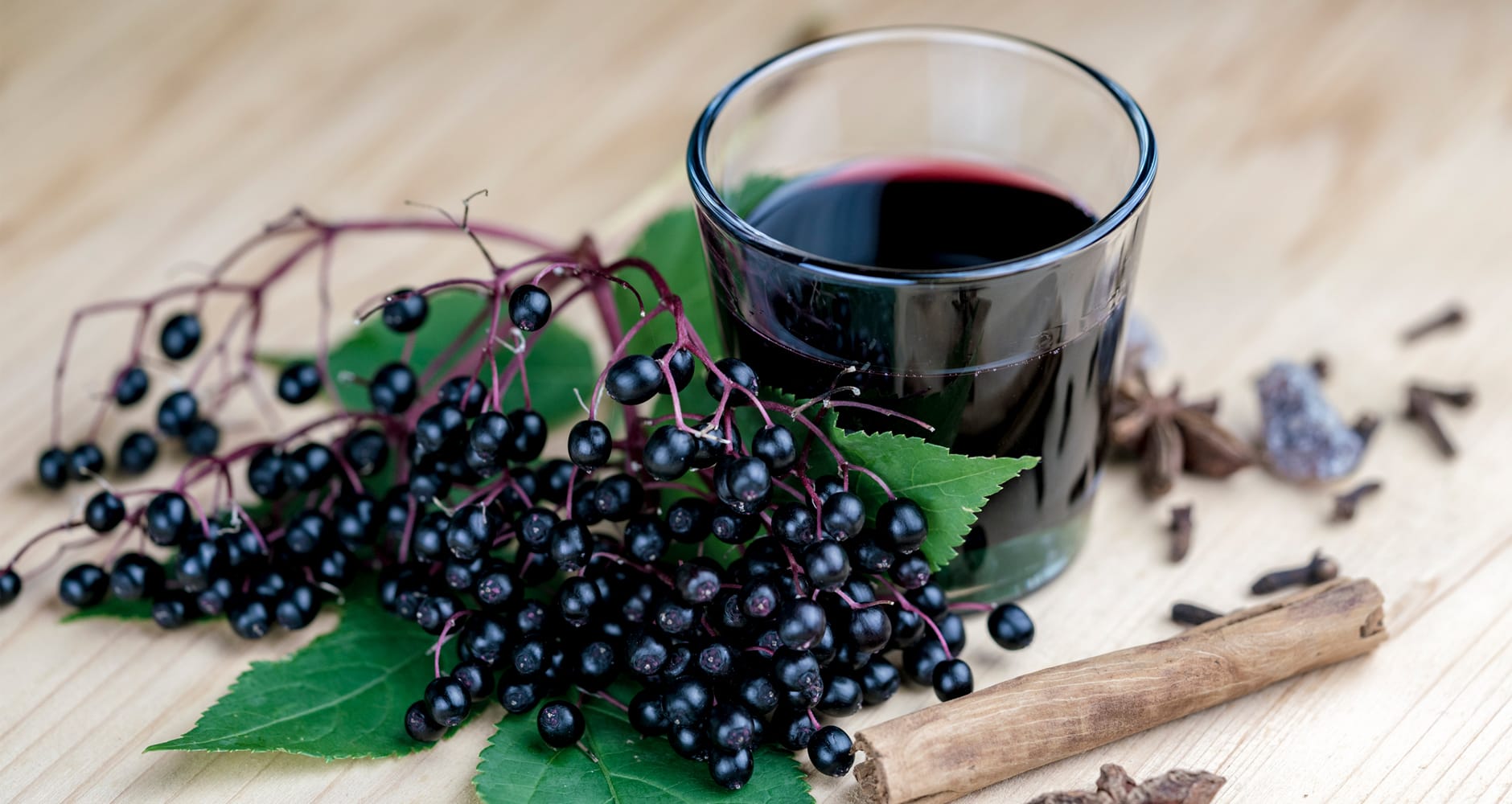 For centuries, traditional European folk medicine has touted the benefits of elderberry extract and elderberry syrup for immune support, and now modern science is finally catching up.

Studies have found that a commercial preparation of elderberry extract called Sambucol is more effective than other over-the-counter remedies at shortening the duration and severity of the flu.

This comes as no surprise to the many people who swear by elderberry syrup, which is said to boost the immune system, prevent the flu or colds, alleviate excessive mucus and soothe sore throats.

A flowering plant in the honeysuckle family, elderberries are native to Europe, Asia, and the Americas. They are most commonly found in “edge” areas of woods, such as along rivers and roads. In addition to their illness-fighting properties, elderberries are also full of antioxidants, potassium, beta carotene, calcium, phosphorus, and vitamin C.

Where Can You Get Elderberry Syrup?

You can buy elderberry syrup and extracts at most health food stores, though they can be expensive. To save money, it’s easy to make your own. Here’s a recipe for homemade elderberry syrup.

Directions:
Place berries and water in a saucepan. Bring to a boil, reduce heat, and simmer for 30 minutes. Crush the berries and strain off the skins. Allow to cool before stirring in honey.

For best results, take one tablespoon daily when you’re well. You can take it on its own, or add it to fruit smoothies, yogurt, ice cream, or maple syrup. If you do come down with a cold or the flu, take a teaspoon every few hours until you recover.

Elderberry syrup is as good for kids as it is for adult, but it’s important to remember never to give products containing raw honey to children under the age of 2.

Jaime McLeod is a longtime journalist who has written for a wide variety of newspapers, magazines, and websites, including MTV.com. She enjoys the outdoors, growing and eating organic food, and is interested in all aspects of natural wellness.
Previous Post
Next Post
Subscribe
Login
35 Comments
Newest
Oldest Most Voted
Inline Feedbacks
View all comments

How do you know if you actually have Elderberry? What do they first look like before turning the deep purple color?

Hi Janice, we found some good information here that will help answer your questions.

Where do I buy Elderberries?

Just said to myself better check out if I have elderberries ripe. Gotta beat my potbelly pig to get my share!

Does it affect the effectiveness of the syrup if you use 1/2c honey?
I find it too sweet.

Is it known if cyinide is natural ingredient in elderberri.

Is it possible to use dried elderberries, I can’t find fresh but the health food store has dried?

Hi Jim, the problem would be that you want the juice, and dried wouldn’t provide the beneficial juice, even if you rehydrated them. The health store should carry the syrup, a quick fix, and it works well!

Well Black Elderberry sure does work for ragweed allergies. I was a mess 2 weeks ago with the ragweed here and a freind told me to get Sambucol brand Black Elderberry Cold and Flu relief. Well I said its allegies not cold or flu but she said it works. So I got some and it works. I can breath again and not have a river of mucus running down my throat or sneezing ect. And I am not drugged up with chemicals and dopy from taking them.

We use to pick elderberries and my mom would make jelly. It was the best.

I’ve never made a syrup with them, but I make a tincture each year: pick over and rinse the berries, then place them in a mason jar and crush slightly (a juice glass that will fit inside the jar is what I use). Cover the berries with hard liquor (rum, brandy, vodka, everclear- you get the idea) and screw down the lid. Let sit in a dark cupboard for 6 weeks or longer. Strain and use as is or add simple syrup to taste if you simply MUST have a good tasting medicine. I use 1 tablespoon every couple of hours at the first sign of symptoms.

It’s my understanding that elderberry ONLY works against the flu, not other viruses. What it does is somehow prevents the virus from replicating, giving your body time to create an antibody and reducing both the time and severity of your illness. I’ve also been told that it doesn’t work as a preventive, so I save my tincture for when I suspect the flu.

You can use maple syrup instead of the honey for babies.

You can sub maple syrup for the honey for babies.

If there a recipe for this without the raw honey so that it can be given to children under 2. My grand babies in daycare are having trouble staying well this winter?

Is the fruit of our native Box Elder edible and appropriate for making of juice, jelly, and cordial? there are many of them growing wild in the Sierra Nevada Foothills. I’m hoping that they can be used and are tasty as well. Please advise.

Some people choose to make their own so they know what is in it. Mass produced is not the best for us.

Drug stores run out around here.

Image jelly and elderberry cream pie.I’m going to try the syrup this fall as I already have a half gallon or a little more fromm bees the had nested with a queen in my x spruce tree.All I need to do is pick the berries

It seems you should post this in July /August so we could plan this better.

I give my kiddos a tablespoon each day to prevent colds and flu. It really works! You can buy a pound of dried elderberries on amazon for about $20 and the syrup is super-easy to make. The syrup will last about 90 days stored in the fridge. One batch can pretty much get you through the winter.

i pick my own every year and can the juice, makes the best jelly ever!!

I am thinking some elderberry mead might be in my future….

they grow all over in Missouri

Use caution and ask questions when ordering your herbs. There are a lot of variables involved in making your own tonic or syrup from herbs. The season they are harvested during. The number of freezes that the berries have gone through. How they were dried. Also, there are a multitude of constituents within the plant. Some are extracted by water, others are extracted by alcohol. Using water only may not extract exactly what you are trying to achieve. There are some good videos on youtube regarding this herb in particular.

I buy dried elderberries on Amazon and make a syrup with 1 half cup dried berries soak over night in 2 cups water, bring to a boil and reduce to about 1 and a half cups . strain out the solids and press them with a spoon to get all the good juice. add 1 to 1 and a half cups sugar or honey or combination and bring it back to a simmer till the sugar is dissolved and the syrup has thickened . store in fridge. also I add the syrup to hot or iced tea for a wonderful fruity flavor

I got mine online at Abes.. A lot of places carry them , try google. Try wellnessmama.com for agood recipe

I would also like to know where I can get elderberries! I am in Southwestern Ontario Canada

Can you use dried elderberries in making the syrup, or are the fresh berries required? If the fresh are required, where can I find them? They’re not exactly at the local grocery!

You can use dried, Diana, but you need twice as many.

regarding elderberry syrup, what it the normal shelf life of the syrup?