A “cold winter” is a relative concept. Californians and Floridians shiver at 40ºF while a Minnesotan shrugs off zero degrees. But with a few exceptions, the Midwest region tends to dominate when it comes to perilously cold winters. Frequent ice and snow storms and sub-sub-zero temperatures close roads, deteriorate cars, and keep residents housebound or swathed in multiple layers of outdoor winter-wear.

The five most freezing cities were all located in the Midwestern states of Minnesota and North Dakota and averaged from 9.0ºF to 11.7ºF with minimum temperatures ranging from -19ºF to -40ºF.

Grand Forks, ND
You could say that the city of Grand Forks was established due to cold weather. During the winter of 1870-1871 steamboat captain Alexander Griggs and his crew were forced to stay when their cargo flatboats froze in place on the Red River, according to the Grand Forks County Historical Society’s website. Griggs liked the area so much that he took out a land claim for present-day downtown Grand Forks and officially planted the town site in 1875. Grand Forks may have grown to be the third-largest city in North Dakota, but it still boasts bone-chilling winter weather: last December through March, the city’s temperature averaged 9.0ºF overall, ranging from an average of 3.5°F in January to a just-below-freezing 21.2°F average in March to welcome Spring.

International Falls, MN
In International Falls, they’re serious about their seriously cold weather– so serious that in February 2008 they went to court against rival town Fraser, CO for the legal rights to the city motto “The Icebox of the Nation.” International Falls claimed that they had used the slogan since 1948, longer than Fraser, and won exclusive rights to it from the U.S. Patent and Trademark Office in February 2008 just days before the temperature hit -40°F, a record low for the city, and the lowest low temperature on our list of cities for last winter.

Baudette, MN
Located just across the river from the U.S.-Canadian border, the small town of Baudette averaged a temperature of 9.6ºF from December to March last winter, but could drop to as low as -33ºF, as it did in February 2008. But Baudette knows how to turn that cold weather to their advantage. In 2007, the city started the Baudette Bay Hockey Classic, an all-day tournament on Baudette Bay featuring four high school teams. The tournament was designed to commemorate the tradition of outdoor hockey, and even the sub-zero February temperatures and heavy snows that had to be cleared off of ice before the games could not stop the Classic from being played in 2008.

Hibbing, MN
Temperatures in Hibbing averaged a chilly 10.3ºF during the winter of 2007-2008 and dropped as low as -31ºF in both January and February. Hibbing has many wintertime activities, including three skating rinks (though the outdoor rinks must close when the temperature is -10ºF or below), snowmobile classes, and cross-country ski trails. The town is also very proud of its indoor winter sports; it has a club dedicated to the ice sport of curling that has over 480 members and hosts the biggest bonspiel (curling tournament) in the nation every April.

Fargo, ND
Freezing Fargo averaged 11.7ºF from December through March and fell to -31ºF in January 2008. But when the weather turns cold, residents of Fargo find plenty to do, with winter carnivals for families featuring dog sledding, Clydesdale sleigh rides, and a cross-country ski tournament. And when the sub-zero temperatures make outdoor activity impossible, the city hosts several indoor winter events, including the Fargo Winter Blues Festival. Last year, Fargo had an especially unusual way of chasing the cold away; for the 50th anniversary of The Kiwanis Club’s Pancake Karnival fundraiser, the city served out 34,818 pancakes on a freezing cold day in February, breaking the record for the world’s largest pancake feed.

–Contributed b Sarah Garrigan, a summer intern at WeatherBill.

I am from Chicago and worked at the mines in hibbing keetec and mintec I believe in the winter of 2007/2008. As an electrician working in unheated out buildings , I remember the jacket on the cabling cracking off as we e handled it, the people of hibbing were wonderful. I love it up there in gods back yard

Brrr, Philip, that’s cold! Thanks for sharing your story!

I lived and worked OUTSIDE as an aircraft mechanic at Grand Forks, AFB from 1996-2004. You have never experienced cold so intense your body aches after being outside for a 12-hour shift. We worked until the combination of temp and or windchill would get to -60F. We were never pulled off the ramp but it was ironic how it never seemed to get colder than -55 according to base weather. National Weather had us at -65 and colder. Yes, only the tough live and work in the north.

I will always remember the wonderful people of Grand Forks. They were very nice to the military by welcoming us to their lovely community. After 25-years of service and having lived all over the world, this was one of my best assignments. Thanks Grand Forks for the awesome memories!

I’ve survived -41 below zero in Grand Forks. When it’s that cold you can hear the whinny of a milk wagon horse from a mile distance.

We lived in Hibbing, MN for three years. My husband worked in Virginia, MN. When I got the call at my job that he was being transferred…I stood up and cheered. But we loved many things about MN. Owned lake homes for 12 years; wonderful fishing, gorgeous landscape and lots of wildlife…..but the winters..LONG AND HARD.

When I was born in Hibbing, it was considered a village and was touted as the Largest Village. Later, the designation was changed and we changed from a village form of local government to that of a city.

I was raised in Intl Falls and yes its a town of about 6300 ive worked in baudette, ive been to hibbing and i now reside in moorheaf but i work in fargo nd which by the way there cold is rediculuous….

I graduated from high school International Falls and moved away because it was too cold for me. I also lived there 12 years after Ii retired and shoveled lots of snow. I am not into outdoor winter sports so I moved away…to California. The Falls is a great city. Great people and a good place to raise a family…..but cold.

I grew up in Hibbing also graduated from there. I sure is a city. A cold one but still a city!

Of course there all cities and towns I grew up in International Falls population 6500. Lived in Hibbing population 18000 and Grand Forks 60000 and live in Fargo now Population 100000. Baudette is the smallest but still has 3000. All these are towns and two are even small or medium sized cities. And yes they are all cold and we are proud of it.

Apparently Doug Hastings needs to go back to school to learn some geography and look things up on Google. Lived in #1 for a few years, grew up in #2, lake cabin is near #3, have family in #4, and spent time in #5. Yes they are REAL cities. If not, I guess my childhood didn’t exist!

Not Cities? Then I Must Live In The Wilderness! Last Time I Checked International Falls Where I Live Is A City! County Seat Even…..Time For Some Geography Lessons For Some People!

I Live In Internation Falls, Have Been To Hibbing Plenty Of Times! These Are Real Cities And Real Cold Cities! Only The Strong Live North!

All of the people asking about Alaska, the reason there are no cities from Alaska on this list or our Worst Winter Weather Cities list is because the Farmers’ Almanac does not cover Alaska or Hawaii. All of these lists are for the continental U.S. If we included Alaska then Alaska would dominate all of both lists.

Actually Marge, Hibbing is the 46 th largest city in th US in terms of area.

Actually Hibbing Mn is the largest city (area wise) in the US. It has more land area than a lot of the big cities. And during the 1940′ and 1950 because of the ore mines located there it had the richest population in the US. Check it out on the net.

They may not be urban, but they are certainly cities. They are incorporated municipalities with their own zip code and a mayor. That’s all it takes to be considered a city.

With that said, my dad (and grandparents) are from Int’l Falls and after spending lots of time there as a kid growing up I know they earned that motto. Question is, where is the new list for 2011-12?

I hate to be the bearer of bad news but Hibbing and all the other cities listed are indeed cities. Hibbing has a population of almost 18,000 people in it, I drove through Grand Forks, ND in order to get to Fargo, ND, International Falls is the measuring stick in MN for all the cold weather that happens in the state, and I have never been to Baudette but I know people that live there and they reassure me that it is indeed a city.

I’m kinda baffled was I born and raised in a village?

Anyone who thinks Hibbing is not a city needs to never eat Pizza Rolls, listen to Bob Dylan, or ride Greyhound Bus Lines, because it’s impossible for them to exist since the city they come from doesn’t exist… And I guess I never graduated high school, for thstf matter.

And when “Whitey” Skoog got that jumper working , it was something to dee.

I happen to live in Hibbing, and yes, it is indeed a city…just wondering if any of you claiming these are not cities have ever heard of google…or any other search engine for that matter. It is okay to not know everything and to educate yourself on the topic rather than assuming you are the all knowing God and make yourself look like an ignorant idiot!

For those writing that these are not cities…….these are in fact all real cities. I live in Minnesota and worked in Hibbing for several years. I have also visited every city on this list. They may not be large cities like Minneapolis …. But are in fact real places.

These are all Cities thank you very much, I live in Fargo and I have lived in North Dakota my entire life. Just because people in the south that we all live in huts and ride horse and buggy doesn’t mean that we are not just as civilized if not more than any other place! If you have never been here I dare you to come up here and stand outside for 10 minutes. It’s not just that it is cold it is the moisture in the air that really brings it down to the bone.

Only thing is, none of these are cities.

From my younger days coming up in Ardoch, ND, I can attest to IF having claimed its icebox title. And this year it was posted as -46 below 0. We had our share in ND of cold. People in the South where I now reside wonder what in the world the folks who live there might do. I say among other things that northern climatespeoples partake of is bundling up as the birth records may attest. Not many seem to know about Curling but think the ski-doos might make it less of a burden. In 49 and 50 we had a lotof precipitation resulting in a severe flood. I believe this year will top probably all of record for that area. 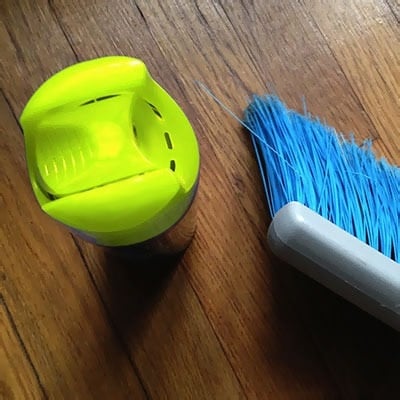