The Number 12 in Numerology

According to numerology, the number 12 has some interesting meanings, and symbolizes completion. According to NumerolgySecrets.net:

“The number 12 is at the very end of the numerology spectrum, and it offers those who see it in their daily life the opportunity to … wrap up a certain life stage and situation before moving forward to bigger and better things. This number is like a curtain call that allows you to get your affairs together so you can benefit from the windfall that the universe is about to bestow on you.”

In Chinese numerology, 12 represents the harmony of the yin and yang: The number 1 is a yang number, ruled by the Sun and symbolizes independence and individualism. The number 2 is a yin number ruled by the Moon and represents symmetry and balance. Together they equal harmony. Which is why many couples choose to marry on dates with 12s in them.

The number 12 is significant in these 12 ways:

1. The “Twelve Days of Christmas,” start on December 25 and runs through January 5th.

2. Twelve is associated with the heavens—12 months and 12 zodiac signs.

3. It’s a number widely used in the Bible—the number of apostles, the Tribes of Israel, etc.; In the book of Revelation, there are 12 gates and 12 angels.

5. Twelve is the number of members on a jury.

11. There were 12 Knights of King Arthur’s Round Table.

And don’t forget: after the full Moon on the 12th, the next day is Friday the 13th!

This month’s Moon goes by many names, including the full Cold Moon, the Long Night’s Moon, and the Moon Before Yule. Watch our video to learn the origin of these names:

Thank you for this fun & informative article! I do, however feel sorry for the people who think that there is nothing of value in numerology&astrology, & no “meaning” in repeating numbers. If you study both, you see that they are languages that are ancient & right on point!

How can people be so ignorant. This is NOT the last full moon of the decade. WE STILL HAVE ONE MORE YEAR IN THIS DECADE. Why do people believe what they see on the internet. There are 10 years in a decade not 9. The new decade does not start until the end of the 10th year, how stupid can you be. The day you are born you are not 1 year old, you are not 1 year old until 365 days later. You do not call yourself 10 years old after your 9th birthday. You have not lived 10 years until you 11th birthday… I do not know how to make stupid people not stupid but I have to try.

12 has always followed me long before I was interested in numerology. My parents, all of my 4 children’s and my spouses birthdays add up to 12. Any address I have ever lived in added up to 12. One particular combination is on important papers of mine more than once. My father was born on 12/11 and left this plane on 12/12. I on the other hand add up to 8.

44 years ago my husband proposed to me and I said Yes!

Thanks, Gregory, glad you enjoyed it!

That was a great read I enjoyed it alot

Very good information, thank you. I am 12/06/1964. I am very much aligned with positive life experiences and opportunities at the moment. Can’t wait to see what this full moon manifests for me

Confused, because the calendar they link to says the full moon is tonight:

Hi Q. When the time of the moon falls so close to midnight, you may see it toggle between two dates on the calendar. Because the moon turns 100% full at a precise moment that only lasts an instant, the full moon chart picks one date over another.

Proof is in the pudding, just look to the sky. If it’s just shy on the left, it’s a waxing moon. Look today before the 12th.
Good luck

Proof is on the pudding, just look to the sky. If it’s just shy on the left, it’s a waxing moon. Look today before the 12th.
Good luck

This was so interesting to read especially since I’ll turn 70 on December 12th. I didn’t know this was going to happen so I have to keep my eye to the shy, hope it’s not cloudy that night.

It means nothing…This is a happenstance due to the current system we use. Were we still using the Jullian calendar, it would not be at 12:12 nor would it be on the 12th. This isn’t the universe speaking…its just a random thing that appears due to choices several hundred years ago. Nothing biblical, celestial, or spiritual about it

Diane – In fact you have those reversed. The full moon is on the 12th and the new moon on the 26th. The Farmer’s Almanac is a great wealth of information. It hasn’t steered me wrong yet. Thank you for your comment. It has allowed me to use my verification skills.

Diane. Check your ( erroneous ) facts; then, back off on the negative comments, please.

The full moon is not Dec 26th, look at time and date or space dot com, Diane.

Dec full moon is on the 26rh. Rhe 12th is a new moon. So much for the farmer’s almanac

Hi Diane, we’re not sure which calendar you’re looking at but this month’s full Moon falls on the 12th. The new Moon is the 26th.

Bonnie, we think you’re on to something here! Yes!

If your birthday is 21, would this also apply regarding Yin/Yang?

My 45th birthday. Also born on a Thursday the 12th.

Thanks for the info.

Very good clarification about the significance of numbers 12.
I enjoyed to know the things that connected to life experiences.
It does saying to me on how to conduct myself with diligence due to the pros and cons of Nature process of transmutation.
Therefore, I want to be in harmony with the movement of the planets since I am a living on Earth! I have to know how to make a difference when comes to understanding what it takes to functioning in a level of development. For me the influences of the Star has been obvious to me that it does affect our intelligence in a way of making the right decisions.
Thank you,
MR/S

Keep your home heating vents free of dust to save on fuel costs.
More hints & tips 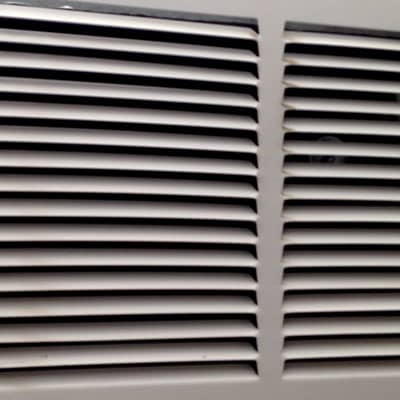