April 24th, 2020, marked 30 years since the launch of the Hubble Space Telescope—the most sophisticated and revolutionary astronomical instrument in existence.

The idea of a space telescope was originally conceived in the 1920s, with the theory that a telescope would be able to collect much clearer images of the Universe without the barrier of the Earth’s atmosphere in the way. Funding for the project was secured in the 1978, with Congress approving $36 million for the project.

The space telescope would be named after Edwin Hubble, one of the most important astronomers of the 20th Century. Hubble proved that many of the deep space objects astronomers had discovered since the invention of the telescope were actually distant galaxies, like our own Milky Way.

Construction began in 1978, with a planned launch date in 1983.Technical delays and budget problems initially bumped that date to 1986, at which time the Challenger disaster grounded the U.S. space program, and Hubble, for four more years. The telescope was finally launched by space shuttle Discovery on April 25, 1990. Each month Hubble sat on Earth added $6 million to its pricetag. By the time it was finally launched, the telescope cost $2.5 billion. That cost has quadrupled in the last 25 years since its launch.

What should have been the triumph of the century was initially considered an imbroglio when a faulty mirror severely compromised the quality of the images sent back to Earth. A service mission in 1993 corrected the defect, followed by four more service missions in the years since to outfit the telescope with updated instruments, to keep up with our ever-advancing technology.

The telescope itself is 43.5 feet long, 14 feet in diameter, and weighs 24,500 pounds. It is powered by the sun, and outfitted with two 25-foot solar panels.

Each week, Hubble transmits 120 gigabytes of data to Earth. If all of that information were printed onto paper and bound into books, it would take up about 3,600 feet of shelf space.

Hubble is behind many of the iconic photos of space we’ve now gotten used to seeing, with jaw-droppingly detailed images of stars, planets, galaxies, nebulae, and other celestial objects. Although the photos we see from Hubble show us the Universe in vivid color—brilliant oranges, red, blues and purples—the original captures are monochromatic. The resulting images are a composite of overlays from multiple cameras, each using separate filters.

But Hubble is more than just a really nice camera. The telescope has been behind some of the most notable scientific discoveries of the last few decades. Here’s a look at some of the most important:

The Age of the Universe

Before Hubble’s launch, it was speculated that the Universe was somewhere between 10 and 20 billion years old. Thanks to data collected by the space telescope, astronomers were able to narrow that range to an exact age of 13.7 billion years (give or take a few hundred thousand years). This knowledge is important because it contributes to our understanding of how the Universe, and everything in it (including our home planet) formed.

Before Hubble, scientists knew of the existence of black holes, spots where gravity is so extreme it overwhelms all other forces in the Universe, including light. But the telescope showed for the first time that black holes are much more common than once imagined. They are probably at the center of all galaxies, and are responsible for quasars, extremely bright areas of space visible from Earth.

Scientists had theorized for some time that the Universe was expanding, but once believed this expansion was slowing down and might someday reverse. Data from Hubble showed that, to the contrary, the Universe’s rate of expansion was speeding up, not slowing down. The telescope remains in the thick of an ongoing study to determine the cause of this acceleration.

A Plethora of Planets

Hubble has detected hundreds of extrasolar planets orbiting distant stars. While many ground telescopes have done the same, Hubble took it a step farther, taking actual photographs of a distant planet. The telescope has captured very clear images of Fomalhaut b, a world about three times the size of Jupiter located approximately 25 light years away.

A Look Into the Past

Hubble has taken pictures of many irregular, uneven young galaxies, leading scientists to believe that they mirror what our own Milky Way galaxy may have looked like in the distant past, and offering clues as to its formation.

Hubble has already outlived its expected lifespan. The mission was originally intended to last 20 years. Today, Hubble is expected to remain in service through 2020, with some predicting it could keep going until 2040, a full 50 years after its launch. No matter what, there’s no calculating the value of the data we’ve already collected from it, or of that which is yet to come. 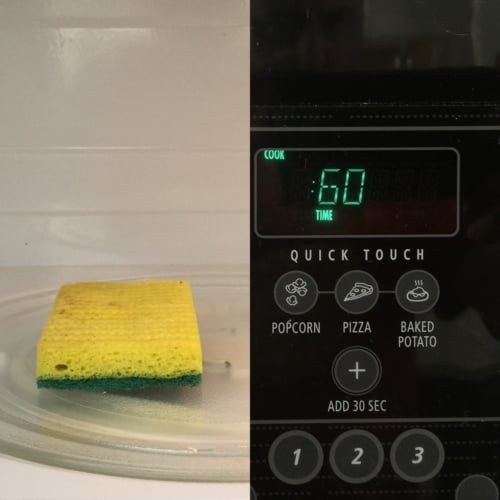