January’s birthstone is the garnet —a gorgeous deep red gemstone, long associated with romance and passion. Because it’s such an abundant stone, it’s quite affordable compared to say, diamonds, emeralds, or rubies—and that makes it an amazing birthstone because it’s relatively easy to deck yourself (or a friend) out in these beautiful jewels!

While red is the color you may think of when you hear the word garnet, it can actually come in different colors:

Almandine – most common garnet with the reddish-brown color (sometimes a violet tint).

Pyrope – among the more expensive types of garnet. They feature a blood-red shade and usually lack any inclusions. (The Smithsonian houses an antique pyrope hair comb in its collection that numbers as among the most famous pieces of garnet jewelry in the world. The comb looks much like a tiara, and features a large rose-cut garnet at the crest surrounded by dozens of smaller gems.)

Rhodolite – another highly prized garnet, this one featuring a bright purplish-red shade.

Spessartine – comes in shades of oranges and yellows.

Grossularite – comes in everything from green to orange-red and a beautiful green shade referred to as “tsavorite.”

Demantoid garnet – easily the most expensive of the garnet family. It comes in a transparent green shade, and it’s famous as a fiery gemstone that is capable of dispersing more light than a diamond.

There are lots more types out there than these. In fact, garnets come in every shade of the rainbow except for blue.

History Behind the Name

“Garnet” comes from the Latin word “garanatus,” which means “seedLike.” That might seem strange on the surface—but garnet stones bear a resemblance to pomegranate seeds in both size and shade.

This stone has a long history, with archaeologists finding garnets in jewelry from ancient Egyptian, Greek, and Roman civilizations. Through the 14th and 19th centuries, Czechoslovakia was one of the largest producers of garnet jewelry. Garnets from this region and time period are typically dark red, fiery, and often featured in settings that resemble flowers.

In the 19th century, Russia was a prominent source of green demantoid garnets, which were mined in the Ural Mountains. The Russian royal family highly prized these gems, and the great jeweler Peter Carl Faberge, famous for creating Faberge eggs, used these stones.

Today, garnets are mainly mined in Africa, the Middle East, and India among other places.

Whether or not you put stock in any of the folklore, it’s hard to deny that this is the perfect birthstone for January. Few gems boast such rich, warm color—which is just what we need during one of the year’s coldest months!

Learn more about why we have birthstones and which gems are officially associated with which month. 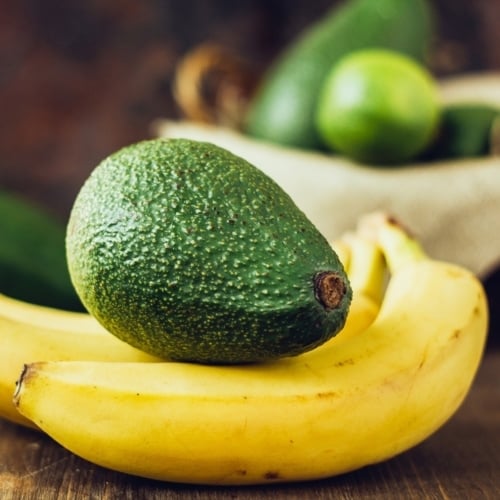