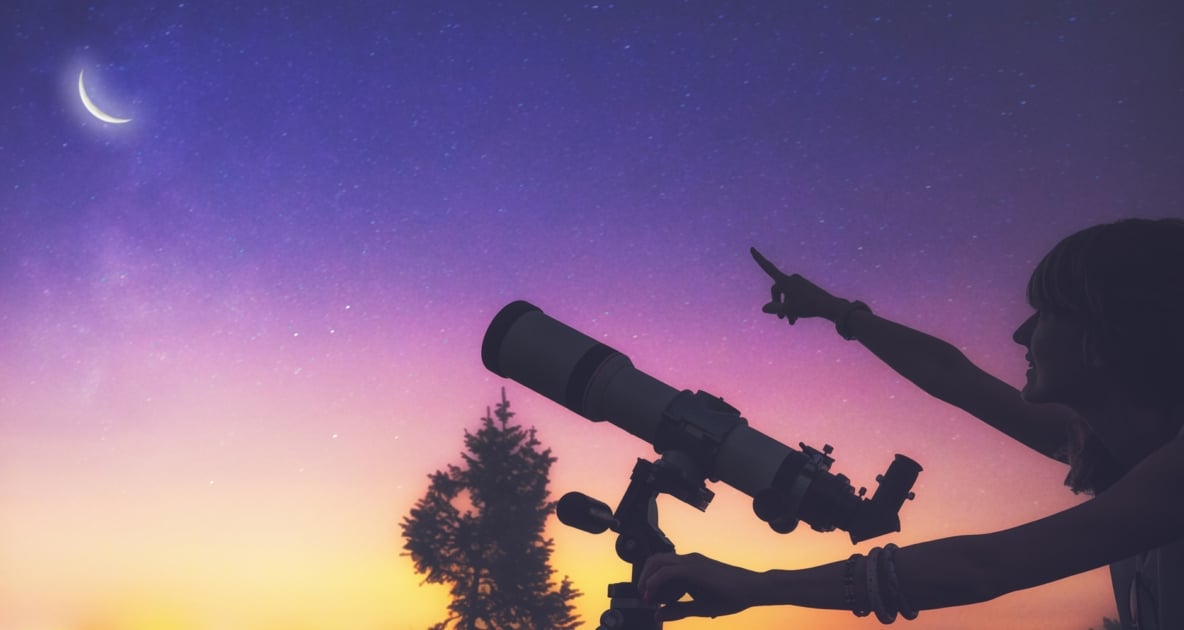 Here is a listing of celestial events you won’t want to miss during the month of June.

Take note that we sometimes will use angular degrees to define the separation between two objects, such as (for example) two bright planets. Keep in mind that the width of your clenched fist, held at arm’s length, measures roughly 10°.

Magnitude can be thought of as a “grade” in accordance to the brightness of a star or planet. A “bright” or “very bright” object can be considered first or zero magnitudes. “Fairly bright” is second magnitude, “medium” is third magnitude, “faint” is fourth magnitude, and “very faint” is fifth. A negative magnitude denotes an object of exceptional brightness. Venus is usually minus 4; the full Moon is minus 12.7 and the Sun is a blindingly bright minus 26.7!

June 1—Soon after 2 a.m. local time, cast your gaze low toward the east-southeast and you’ll see the waning gibbous Moon and glowing prominently about 6° to its upper left is brilliant (magnitude -2.4) Jupiter. Both are well up in the southeast as dawn begins.

June 2—Last Quarter Moon at 3:24 a.m. In this phase, the Moon appears as a half Moon due to the direct sunlight, the illuminated part is decreasing toward the new Moon phase.

June 7—About an hour after sunset look low toward the west-northwest for the “Twin Stars” of Gemini; a straight line from Castor to Pollux extended 7° locates yellow-orange 2nd-magnitude Mars. In early June, Mars sets three hours after the Sun, but by month’s end, Mars will set shortly before the end of evening twilight and will be found 18° west (lower right) of Regulus.

June 10—New Moon at 6:52 a.m. In this phase, the Moon is not illuminated by direct sunlight and is completely invisible to the naked eye.

June 10—Get ready for the annular (“ring of fire”) solar eclipse at sunrise. The Sun will rise looking like a crescent Moon! We have all the details and times here.

June 10—Mercury is at inferior conjunction with the Sun and enters the morning sky.

June 11—Shortly after sunset this evening look low toward the west-northwest for the hairline arc of a waxing crescent Moon less than 40 hours past the new phase. It will be sitting just 3½° to the lower right of Venus.

This dazzling Venus languishes low in June’s long dusks. All month it’s at magnitude -3.8, the dimmest it ever becomes except when passing between the Earth and the Sun. But that’s still much brighter than any other planet, and Venus is high enough to spot easily with the unaided eye if the air is clear. For viewers around 40° north latitude, Venus is about 8° above the west-northwest horizon a half-hour after sunset as June begins, and only a couple of degrees higher than that by the end of the month.

June 13—The waxing crescent Moon visits Mars this evening. As darkness falls, you’ll find it sitting less than 3° above the Red Planet.

June 17—First Quarter Moon at 11:54 p.m. In this phase, the Moon looks like a half-Moon in the sky. One-half of the Moon is illuminated by direct sunlight while the illuminated part is increasing, on its way to becoming a full Moon.

June 23—Mars is positioned in the middle of the Beehive Star Cluster (M44), also known as Praesepe. The ancients knew it as a dimly glowing cloud. If the sky had even the slightest trace of cirrus clouds at the leading edge of a storm system, M44 could not be seen with the naked eye. Thus, its invisibility was considered an omen of coming rain. By training binoculars on Mars this evening, you will see it surrounded by stars from this star cluster—a lovely sight!

June 26—Ascending the southeast sky beginning around 11:30 p.m. local time you’ll see a waning gibbous Moon and shining with a sedate yellow-white glow about 6° to its upper left is the planet Saturn. Now located in central Capricornus, your best view of it will be when it reaches its highest point, roughly 30° high in the south at around 3:30 a.m. A telescope magnifying at least 30-power will show the famous ring system, whose north face is now tilted 17½° toward Earth.

June 28—For the second time this month, the moon pays Jupiter a visit. At 11:30 p.m., low in the east-southeast you’ll see Jupiter shining 6½° to the upper right of the waxing gibbous Moon.

June 30—You might be able to glimpse Mercury with binoculars low in the east-northeast about an hour before sunrise in morning twilight. Don’t confuse it with the similarly bright, similarly-hued orange twinkler, Aldebaran, positioned 8° to its upper right. Mercury will be at greatest elongation, 22° from the Sun on July 4th, but this apparition is unfavorable for observers in mid-northern latitudes.

Our schedule is adapted from “Skylog,” a regular feature appearing in Natural History magazine, written by Mr. Rao since 1995.

Yes I will be outside for the pink moon. I promise to. 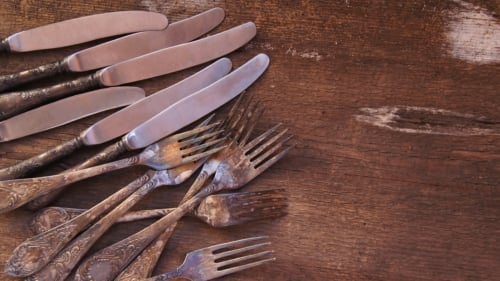