Are you the designated pie-maker this holiday season? Is the very thought of that giving you high anxiety? Pie-making doesn’t have to send you into the stressful stratosphere if you understand the basics and follow the advice of the masters. Here are some pie-baking secrets from the experts so your pies will steal the show!

Pie Baking Secrets From the Experts

Below are a few pie baking secrets the experts recommend; use the methods that work for you!

Use a fork! For multi-ribbon county fair and state championship winner Kevin Knapp of Maine, it’s important to use a fork —not a food processor—for the flakiest of crusts, noting the real technique is in how one cuts the shortening into the flour and binds it with the water. “You want the peaks of the shortening to be like a small pea, and water is mixed in a tablespoon at a time.” He also says not to overwhelm the fruit filling with excessive spices that can mask it.

Never knead the dough: Pastry chef instructor Katie Liguori has been baking alongside her Long Island, New York, grandfather since she was 8 years old, and puts the onus on pie dough’s tactile element in attaining the perfect pie. “You have to learn what the dough is supposed to feel like, whether it’s too dry, too soft, or needs more water,” Liguori said, “and never knead pie dough as it becomes extremely tough.”

Ice water is key: Liguori also emphasizes the importance of using ice-cold water in the dough-making process, explaining that hot, warm or even lukewarm water from the tap will melt the shortening. She also advocates the use of shortening in her crust over butter, believing the latter breaks down too easily.

Butter is better. Conversely, for owner Nancy Stern of Pie in the Sky Bakery, whose evolving pie menu includes varieties such as wild Maine Blueberry, Lemon Chess, and Peach-Raspberry, butter is better. Though customers sometimes mention they think lard makes for a very flaky crust, Stern maintains butter provides both the desired flakiness and a wonderful flavor. Additionally, Stern and co-owner husband John, replace pie dough’s requisite ice water with orange juice, which they say ensures a fool-proof crust. Adding a hint of apple cider vinegar helps the ingredients mix together well and further ensures a never-fail crust, according to the couple whose bakery produces about 7,000 pies a year.

Choose the right apple variety: When baking apple pies, experts say the type of apple you use can make all the difference. The best apples offer a mix of sweet and tart and don’t break down to mush when you bake them. Experiment with a couple of varieties until the desired flavor and consistency is achieved. “My mother’s favorite is to blend Cortland and Melrose in a pie,” says Bill Dodd, program director for the Ohio Apple Marketing Program. “The more varieties you use, the richer the blend of flavor.”

What about lard? Many pie bakers swear by lard. “Lard has properties that are unmatched in making pie crust. It’s easy to work with, has a higher melting point and lower water content resulting in crispness and flakiness,” says baking expert Ed Higgins, who has been baking pies for 35 years. “Butter is more delicate, melts into the flour more readily. This is why it really needs to be ice cold. The milk solids in butter impart flavor when they brown. I mix lard and butter to have the best of both worlds.”

Sugar on top: One of the most popular pie baking secrets is this finishing touch. Martha Stewart Living says, “For an extra-crispy pie crust with a golden color, brush the unbaked top crust with water, and sprinkle it with sugar.” 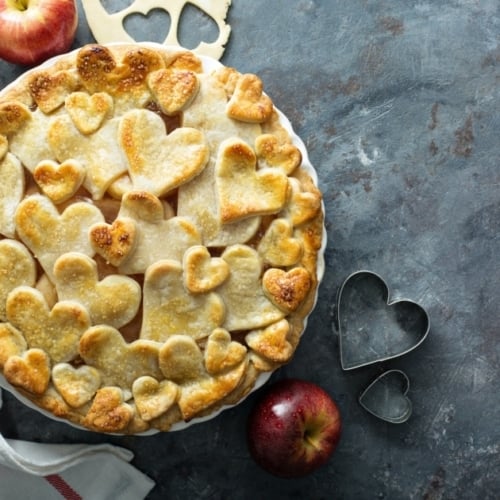 With research and contributions from freelance writer Beth Herman.

Mix all ingredients together when liquid has cooled a bit..Put into a pan and freeze ..It is very easy to work with after thawed and can be refroze…

I use only freezer dough and it has never failed yet

Where does one get lard? Lard is an animal product and needs to be refrigerated. That stuff on the grocery store shelves labeled “Lard” is nothing more than shortening on steroids.

SnoCap brand lard is available in grocery stores in the dairy section. Ask if you can’t find it.

My grandmother used to use 1/2 chilled lard and 1/2 unsalted butter cubes in her pie crust and she always put a tbsp of vinegar in the ice water she used and her pies won first place every year at our country fair in TN. she also gave me the original recipe for stack cake before she died. I don’t think I have ever found it anywhere online or in books.I am anxious to try your recipe and I am sure it will be great. Thanks for the recipe very much.

[email protected]
Could you please send me an email with the recipes please? Thank you and may God bless you.

I love making pies but always have trouble with the bottom crust. It’s always under cooked or just soft and mushy. How can I get my bottom crust to be crisp and well done without burning the top crust? Thanks for your help. Joan

Hi Joan Jacobs: We have a tip for when baking cream-filled pies: https://www.farmersalmanac.com/tips/perfect-pie-crust/

Bake pie on bottom rung of hot oven (400degrees) Works great. Use edgeguard to keep from getting too brown.

I always uses lard and it produces some of the flakiest/tender crust. I’m thinking of trying the Vodka though in place of water just to see how it comes out…Interesting, thank you David.

I have used both the butter & shortning they each are equaly good, Martha Stewart has a great pastry pie dough she calls Pate Brisee..good recipe using a food processor.

i keep a bottle of vodka in my freezer and us it in making my crusts instead of iced water. it evaporates differently and more quickly than water and produces a much lighter and flakier crust. no, you cannot taste it. also, butter always. shortening NEVER! what is that stuff, anyway?

I use shortening (but would love to try lard), mix the ingredients with a fork rather than a pastry blender or food processor, cold water 1 tbsp at a time, and let the dough sit in the bowl, covered, for 10 minutes before rolling it out. I wouldn’t think of putting anything with a flavor in it except the basic ingredients; orange juice or vinegar may be ok for some, but I’ll stick to my tried and true, and perfectly flaky crust.

Donate old blankets, sheets, and towels to your local animal shelter. They can use them for bedding.
More hints & tips 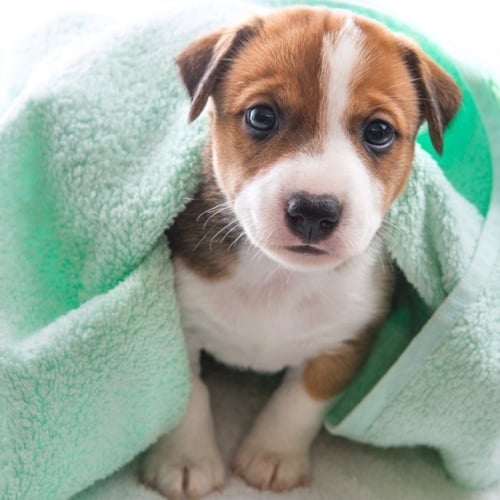