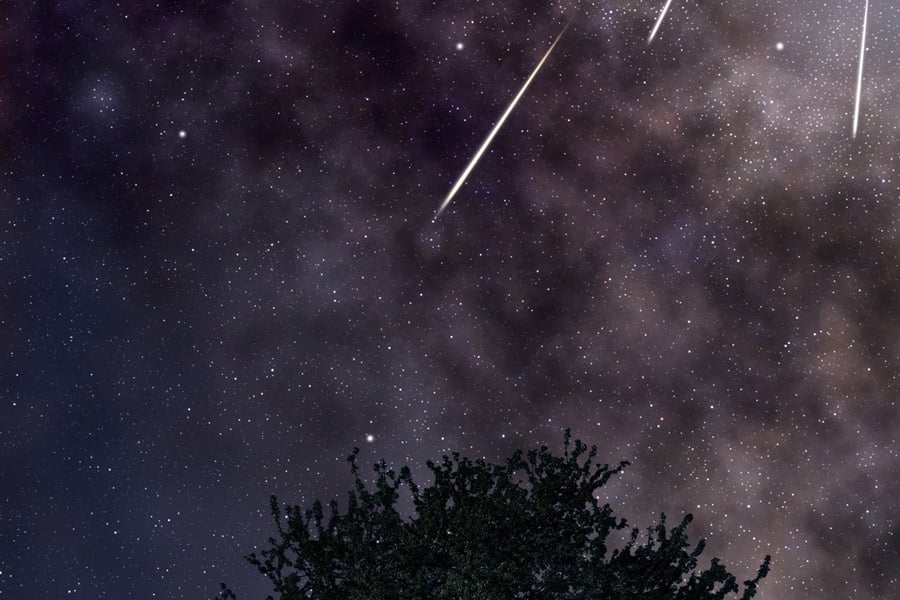 The first meteor shower of the year—the Quadrantids—arrives in early January, but will you be able to view any shooting stars? Find out …

The Quadrantid Meteor Shower will reach its peak activity late January 3 and into the early morning hours of January 4, 2023.

The “Quads” have a very sharp peak lasting only a few hours, so this year’s timing favors central and eastern European observers. But deviations of up to six hours from the predicted time frame have been noted in past years, so North American observers should be on the lookout! If you’re watching when it arrives, this can be one of the year’s best meteor displays. We recommend looking to the northeast sky at approximately 4am.

The shower’s radiant is halfway between the head of Draco and the end of the Big Dipper’s handle. Between midnight and dawn in good years, 40 or more of these moderately swift, blue meteors may be seen per hour. This year, however, glare from the waxing gibbous Moon will reduce these numbers significantly.

The Quadrantids appear to radiate from a spot in the sky midway between the last star in the handle of the Big Dipper and the head of Draco, the Dragon, but they officially radiate from within the boundaries of the constellation Boötes, The Herdsman. It’s rising in the northeast by around 1 a.m. local time and climbs higher until dawn. Watch whatever part of your sky is darkest, probably straight up.

So Why Aren’t They Called “The Bootids”?

We know that meteor showers are usually named for the constellation from which they appear to radiate, so why isn’t this shower named The Boötids?

The reason is that these showers were named for a constellation that no longer exists—Quadrans Muralis, the “Mural or Wall Quadrant.” It is a long-obsolete star pattern, invented in 1795 by J.J. Lalande to commemorate the instrument used to observe the stars in his catalogue.  Adolphe Quetelet, of Brussels Observatory, discovered the shower in the 1830s and shortly afterward it was recognized by several astronomers in Europe and America, as well. Thus, the showers were named “Quadrantids,” the original name that continues to this day.

Have you ever seen a shooting star from the Quadrantid Meteor Shower?

Cant wait to see this! We will be out there tomorrow night watching the show!