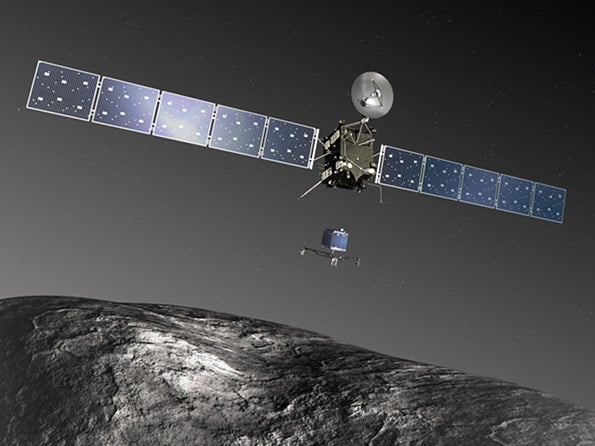 On Wednesday, November 12, 2014, an event that has been almost two decades in the making will finally take place. The Philae robotic lander, one of two components of the Rosetta robotic space probe, is scheduled to land on the comet 67P/Churyumov–Gerasimenko (a comet named after its discoverers) at about 11 a.m. EST.

The attempted comet landing marks the first such attempt in history. The European Space Agency (ESA) launched Rosetta in 2004 in the hopes of learning more not just about the comet, but about the origins of our Solar System and of life on Earth. It’s the most complex mission ever undertaken by the ESA, with more than 2,000 people involved in the project from start to finish.

Here are 10 things you need to know about Rosetta:

Watch an animation of the deployment of Philae from Rosetta at comet 67P/Churyumov–Gerasimenko.