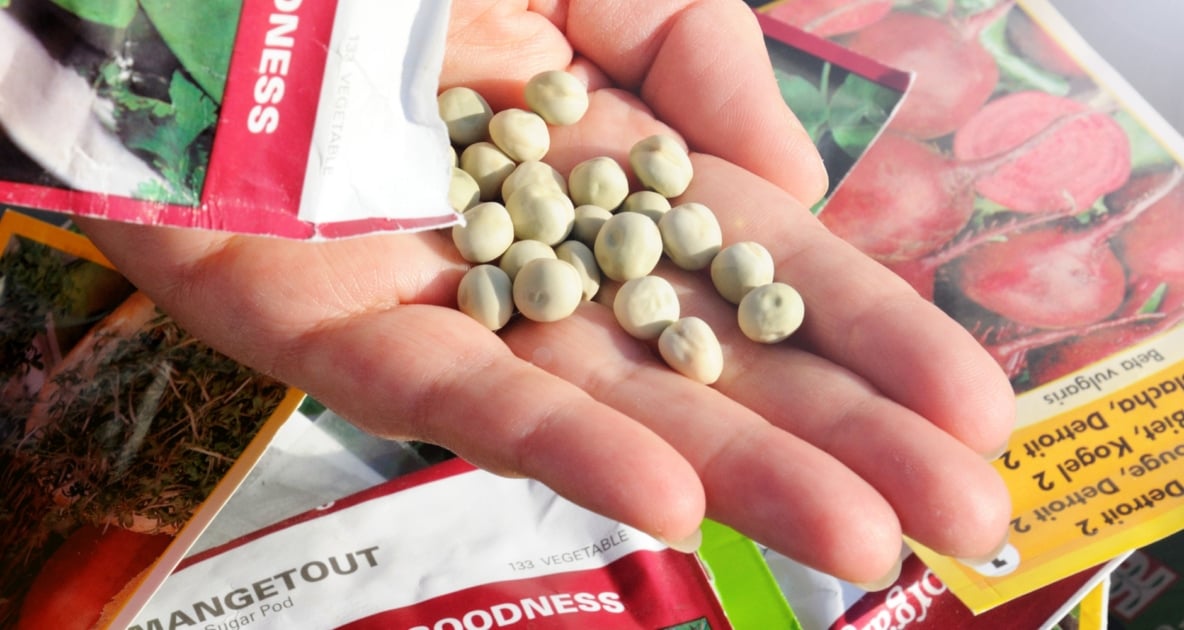 It’s seed catalog time! They’re starting to arrive in mailboxes and inboxes all over the country, something every gardener looks forward to this time of year. But while poring over them, you may come across some words or terms that are unfamiliar to you, especially if you’re new to gardening. Dressed seeds? F1? Indeterminate? What the heck are those? This guide takes some of the mystery out of “seed speak” to help you when it comes time to place your order.

Open-pollinated. Open-pollinated seeds are those that have been collected from plants that have undergone pollination from natural sources such as insects, birds, bats, wind, and fire. The offspring of open-pollinated plants will remain true to type – they will exhibit the same traits as their parents. (An exception to this occurs when two different varieties within the same species share pollen. This happens frequently when growing squash plants). When collecting and saving seed, do so from open-pollinated varieties.

Hybrid. Hybridized seed is produced when human plant breeders control the pollination of two different species or varieties and deliberately cross them together. The goal of hybridizing seed is to create plants that have traits that are desirable to growers. For example, they may be resistant to bolting or have a double flower form.

F₁. No, it’s not a tornado category! F₁ is the designation for the first generation of a hybridized seed. These seeds will possess the traits the varieties were specifically bred for. F₁ seed cannot be saved, as there are no guarantees that successive generations will be true to the parent (that is, exhibit the desired traits of the hybrid).

Treated or dressed seed. Treated seeds have been dressed with a coating that may contain fungicides, antimicrobial chemicals, or insecticides. The goal of applying the chemical at the same time the seed is planted is to minimize the risk of problems from insects or disease.

Days to maturity or days to harvest. This is the number of days it takes for a seed directly sown into the ground to germinate and grow to maturity. (In the case of transplants, it is the number of days from the time the plant is placed in the ground to the time it produces flowers or fruit). Unfortunately, this number isn’t set in stone – it may be altered by growing conditions and weather. It does act as a good guideline, however, and you can look at your region’s frost-free dates and use the days to maturity number to see if you have enough time to grow your crop and bring it to harvest.

Days to germinate. This is the number of days, under optimal growing conditions, that a seed will take to sprout.

Bare root. This is a common way for nurseries to ship trees, shrubs, and herbaceous perennials. Plants are dug up, the soil is washed from their roots, and they are wrapped in a damp packing material such as peat moss for mailing. Bare root plants are usually cheaper to buy than those in containers.

Certified organic. Organic crops (and seeds collected from them) are grown without the use of synthetic pesticides or other chemicals. To be certified organic, a farmer or seed supplier must meet a series of standards issued by the government or other certifying body. These requirements may differ from country to country.

Grafted. Plants that are joined by combining a scion (the top part of one plant) to a rootstock (the base part of another plant which contains the root system) are considered grafted. They will look like they are a single plant, even though it is possible to graft several scions onto one rootstock. The different species of plants must be compatible and the graft must be performed successfully in order for the grafted plant to thrive.

Hardiness zone. This refers to a map of the lowest temperatures recorded in a given region. The temperature ranges are then matched to a number, which is used to designate plants that will withstand the minimum temperatures in that particular location.

Pelleted seed. Tiny seeds are sometimes pelleted (coated) with powdered clay or other materials to make them easier to handle and sow. (This is particularly useful in large-scale agriculture, where mechanized seeders are used but it is also handy in small garden settings). Seed treatments such as fungicides are sometimes added to pelleted seed.

Bolting. Many cool-weather crops such as cilantro, spinach, and lettuce will flower and go to seed rapidly in hot weather. This process is called bolting. Unfortunately, bolting usually causes produce to become bitter and unsuitable for harvest. Breeders have created plants that are less likely to bolt and if this is a common issue in your garden, look for cultivars that claim to be “resistant to bolting.”

Now that you’re in the know, have fun ordering plants and seeds for spring! 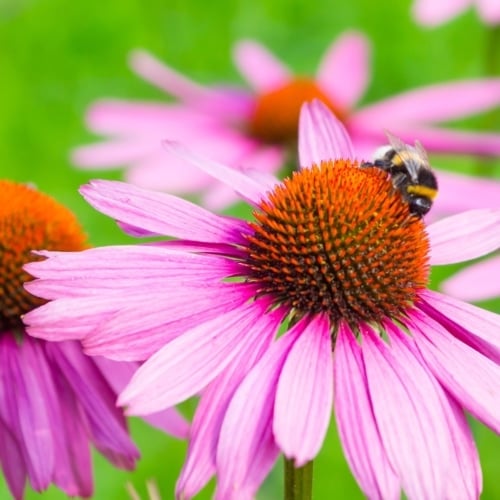