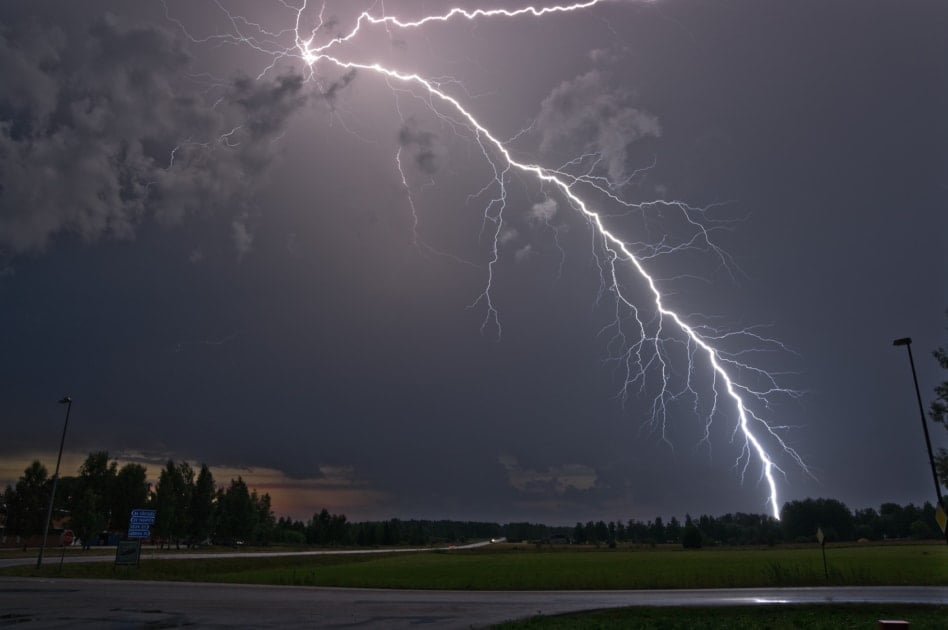 For Cincinnati, Ohio-based Deputy Sheriff Robert Michael Wagner, a spirited canoe trip as a 17-year-old with a cousin and four friends became a life altering experience when the group found itself in a violent storm on the banks of a favorite Kentucky creek. “The rain progressed and got harder and harder,” said Wagner, now 41. “We were in the middle of nowhere and it never let up. I’d never seen lightning like that in my life.”

Acknowledging the life-and-death scenario in which they’d found themselves, Wagner recalled the group quickly paddled close to shore, jumped out, and attempted to drag their boats through a foot of water to the bank. When a lightning bolt hit a nearby tree, traveled down, pierced the water with “spider tentacles” and struck every one of them, the future deputy sheriff said he felt his heart race and saw literally every hair on his body stand up. “I had my keys in the bottom of my tennis shoe so as not to lose them in the water,” he recalled, noting the strike charred the imprint of the keys into his shoe. “I’ve not been canoeing since,” Wagner confessed.

According to fulminologists (those who study lightning) at The National Lightning Detection Network, an average of about 20,000,000 cloud-to-ground lightning flashes, which are the best known and second most common type of lightning, occur every year in this country.

Around the world, lightning strikes the ground about 100 times per second, or 8 million times a day. Traveling at a speed of 140,000 mph, temperatures exceed 50,000 degrees (five times hotter than the sun’s surface) and as many as 200 million volts of electricity are delivered by lightning.

The National Weather Service puts the odds of being struck in one’s lifetime at 1 in 3,000, and though fatalities are low, an average of 58 per year are reported in the U.S. out of about 400 strike victims.

In the state of Florida, first in the nation for lightning strikes, Dr. Wayne Cruse, Professor of Surgery at the University of South Florida and Assistant Medical Director at Tampa General Hospital’s Regional Burn Center, has seen his share of victims. “Most strikes on people are not direct hits,” he said, indicating they are mitigated by water, trees, pipes and other materials that conduct them. “If they are direct, pulmonary or cardiac arrest, or injury to the brainstem, are usually imminent, and the victim doesn’t survive,” he explained. Noting that injuries from non-direct lightning strikes are variable and may include lung and spinal cord injuries, arrhythmias (when the charge goes through the heart), cataracts, memory loss, chronic pain, burns, neurological problems and extreme psychological and behavioral changes (an increase in divorce rate among strike victims has been cited), Dr. Cruse said it is critical to remember that if respiratory arrest has occurred as a result of the strike, prolonged (30—60 minutes) CPR can often resuscitate the victim. And while effects from lightning strikes can last indefinitely, according to statistics some victims report a return to normal function and activities within days or even hours of contact.

For Anna West, 54, of Beacon, NY, a tranquil evening with her first husband on a Pennsylvania porch 20 years ago became a nightmare of movie script proportions when the couple became dual victims of a strike. “Scott and I always used to watch storms,” West said of the incident, recalling the instant lightning struck a nearby light pole, the current careening along the ground to reach them on the porch. “In that second, we could just feel something was going to happen–it must have been that we felt the current,” she said, adding the two were in mid-rise from their chairs. “We were frozen in place: I could see him and he could see me –terrified–our hair straight out–his clothes and beard pushed out,” West described the scene, affirming they both ultimately collapsed. Because neither could hear for hours after the occurrence, West said they passed notes back and forth considering an emergency room visit but deciding against it later that night. In ensuing years hearing loss has been identified for West, but doctors don’t readily attribute it to being struck by lightning: She admits to having listened to very loud music for prolonged periods of time. “Scott, who has also registered some hearing loss over the years, was in a rock band,” West said, “so doctors really can’t say if lightning was a contributing factor.”

Striking Odds: Can You Be Struck Twice?

But what are the odds of being struck twice? Statistics say it is one in 9 million. In Craftsbury, Vt., dairy farmer Marvin Ryan, 65, beat the odds and was clearly struck twice while working on his farm. “We were milking cows in the barn at 9 a.m. and the fork lightning hit down in the swamp, coming up through the water line,” he explained of the first incident 30 years ago. Watching two cows succumb, Ryan rushed to unhook their chains when they appeared to be choking. Because of the current’s ferocity his hands were welded to the chains, frantic efforts to withdraw them and break the current ultimately resulting in his being thrown hard against the barn wall. With chronic, searing pain down his leg, Ryan eventually went to a chiropractor who straightened his spine, which he reported had acquired an “S” shape. Ryan also recalled that on the day of the incident he was unable to butcher the cows, who’d died from the strike, due to a tingling in his fingers and arm that precluded efficient handling of a knife. “The arm didn’t start waking up until 3 p.m. that afternoon,” he said.

The following year, Ryan was again struck while working on a plow in his garage. Because of their size, the plows were half in and half out of the structure, as Ryan described things, though he was well inside. Thrown from the top of one to the ground, Ryan said he was stunned and couldn’t determine what had happened for several minutes, later recalling he was hit before the sound of any thunder. “I used to be the one that liked to stay out and watch storms,” he admitted, “but after all this, I kind of go and hide.”

Also struck twice, East Vassalboro, Me., horse farmer Paul “Rocky” Morneau, 55, said he’s had visions and insights of one kind or another since birth, prior to any connection with lightning, though the strikes have amplified his abilities. Describing the first occurrence in 2002, Morneau said, “I felt as though someone had cooked me from the inside out.” Remembering little except that he’d picked up a stainless steel pipe from the ground and heard a sizzling sound, Morneau said a friend working with him that day told him the sky had grown dark and things happened very quickly. With his memory only beginning to return four days later, Morneau said prior to that he couldn’t recall even names of friends. In August of 2009, consciously avoiding the outdoors during even the promise of bad weather, the good samaritan farmer nevertheless escorted a horse and her brand new foal back into the barn under a threatening sky. With one foot in the building and one out, he recalled the entire structure “lit right up, and (he) was struck again.” This time, the current’s intensity cracked Morneau’s glasses and teeth, and blew a hole through his shirt. Again he lost his memory and said a worker in the yard at the time described him as “frozen like a mummy or a soldier.” Though he reports enhanced visions and insights, Morneau suffers residual effects such as an inability to regulate his body temperature. Standing too close to computers or wearing a watch, he said, are both impossible, claiming he retains current from the strikes which compromises technology. Ben, bolts and the beach Throughout history, lightning has famously struck such objects as the Eiffel Tower and the Statue of Liberty. Its effects triggered the invention of the lightning rod by electricity entrepreneur Ben Franklin, though diverting it from living things remains enigmatic at best.

According to experts at the National Oceanic and Atmospheric Administration (NOAA), no place is safe outside in a thunderstorm. Lightning travels along the ground, through water, trees, plumbing and other pipes, electrical equipment and cords, concrete, utility poles, towers, fences and more. If you can hear thunder, lightning is close enough to strike you, and remaining indoors at least 30 minutes after the last thunder clap is strongly recommended. Contrary to popular discourse, lightning can and has struck twice in the same place, documented by NASA and other entities. “At a beach, pool or anywhere, I leave immediately,” said Anna West, who was struck with her husband on the Pennsylvania porch. “Where others insist on staying to see if a storm will really develop, I know you just have to get out of there.”

When I was 2 years old a storm came and lighting hit tree in our yard,tree hit home and lighting traveled around room, all wallpaper came around me,I was out cold on floor. My mother screaming that I was dead,my grandfather threw me on a bed then I woke up and I’m 70 years old.

When I was about 14 years old, I was hit with a lightning strike that bounced off the concrete porch I was standing on. This porch also was the cover for a cistern full of rain water. I always like watching the rain and lightning in the West Virginia mountains, but this one sent me flying through the kitchen screen door (and I mean THROUGH the door), scaring my mother to death and bringing our neighbor, who was a first aid guy at a local plant, to give me mouth to mouth. My mother swears he bought me back of the dead because my mouth and face were turning blue. It was quite an experience that everyone in high school made fun of, right up to my graduation day. 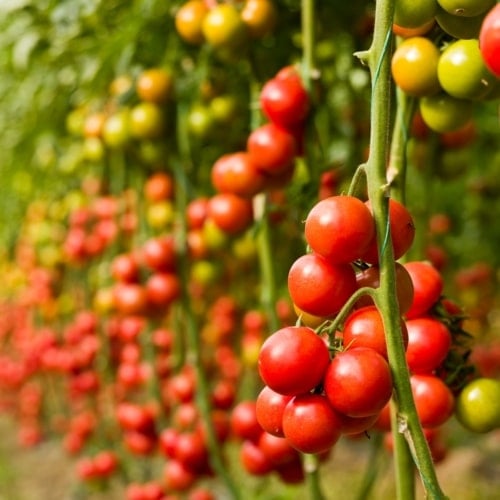