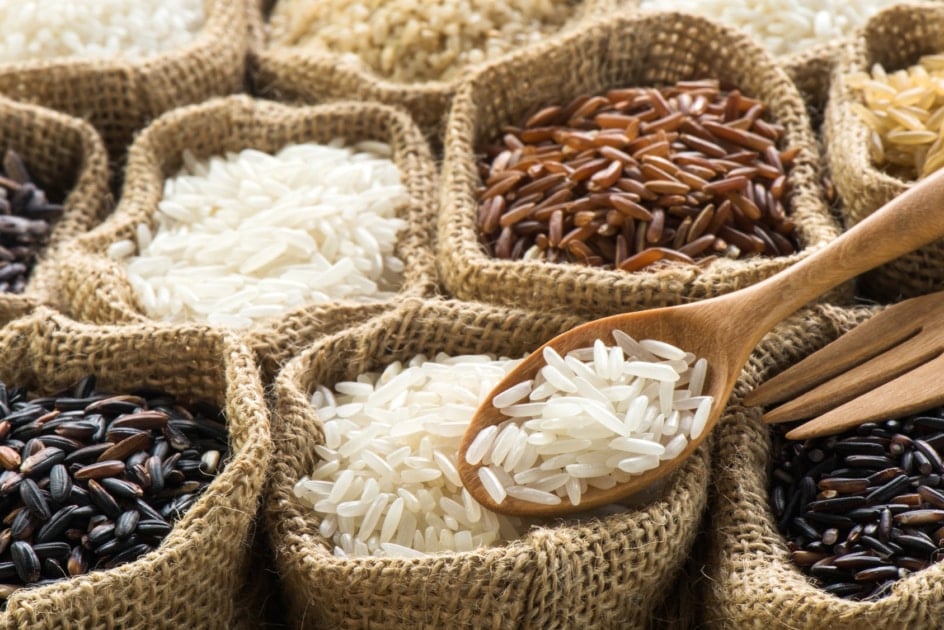 Rice, the seed of the grass known as Oryza sativa, is eaten daily by more people around the globe than almost any other food. It is the second most widely cultivated grain in the world, after wheat, and is a staple of over half the world’s population. There are countless varieties of rice available to the modern cook. In fact, it is believed there are more than 40,000 different varieties of rice cultivated, each with its own special characteristics, colors, aromas, and flavors. Our supermarket shelves are teeming with all sorts of varieties, with the most popular being white rice.

It’s All About The Stickiness

However, the length of the grain is not as important as how sticky it is, and its stickiness usually helps cooks decide which rice to use in certain dishes. What makes rice sticky is the starch present called amylopectin.  The more amylopectin, the more the grains of cooked rice will stick to each other. In Asian countries, where rice is eaten with chopsticks, rice that clumps together is much easier to eat, more manageable, and thus preferred. Thai sticky rice, also known as glutinous rice, is a variety with a high degree of amylopectin. The name is a bit misleading because, like all rice, it’s gluten-free.

Here are a few popular varieties of rice and the types of cuisine in which they work best.

Parboiled/Converted – Many Americans grew up with what is known as “converted rice.” The term refers to a parboiling process, which allows the rice to cook more quickly and remain fluffy. Much of the rice we get in our grocery stores is similarly processed with steam. Parboiled rice is usually a long grain variety, and has less amylopectin, so the grains remain individual and don’t stick together as much. This kind of rice is preferred for pilaf-type recipes, such as Indian, Mexican, or Louisiana-style dishes.

Brown tends to be the least processed variety, with the outer bran layer intact. All rice goes through a process. After it is harvested, the seeds of the rice plant are milled using a rice huller to remove the outer husks of the grain called the chaff. At this point in the process, the product is called brown rice; its light brown color is due to the presence of the bran layers and germ still intact. The process may be continued, removing the bran and the rest of the husk and the germ, and polishing the grains, creating white rice. Brown rice has a chewier, nuttier consistency than white rice and is usually fluffier. Because of its high fiber, mineral, and vitamin content, many people substitute it in dishes that generally call for white rice.

Risotto is an Italian-style rice and falls into its own category. It’s actually a medium-grain variety of rice known as Arborio and is cooked with flavorful broth to a creamy consistency. The amylopectin in this variety acts as a thickener for the broth, which suspends the cooked grains of rice. A good risotto should be soft and silky, not too soupy, with grains that are cooked through, but have just the right amount of “bite.”

Pearl – Most short-grain rice is also known as pearl rice because it appears almost round in shape, and is used for specialized dishes like sushi or paella. The sushi rice at your local sushi bar is probably medium-grain, rather than short-grain, with a moderate amount of amylopectin, but some of the finest sushi restaurants will only use premium short-grained rice.

Basmati and Jasmine are two aromatic varieties of long-grain rice. Jasmine rice is a variety from Thailand that is commonly used in Southeast Asian cooking. It has a subtle floral aroma and a soft, sticky texture. Basmati rice hails from the foothills of the Himalayas in northern India and Pakistan. This long-grain variety of rice is used in Indian and Middle Eastern cooking.

Wild usually refers to one or more different species of grass seeds, not directly related to Oryza sativa. Darker in color and higher in protein than other varieties of rice, it’s produced mostly in California, Minnesota, and parts of Canada. It’s usually cooked just to the point where the starches inside the grain swell and burst out of the darker bran layer.

There are many ways to cook white rice, as well as many ways to prepare rice for cooking. Some use rice cookers, InstantPots, or stovetop method, but this is the way to guarantee it comes out perfect every time.

Step 1. Rinse. This is a very important step. Do this method with real rice grains only, not converted rice. Cover rice with cold water, and agitate by hand – water will appear cloudy, then drain. Do this 2 or 3 times. This removes excess starch from the surface of the grain. And trust us, you don’t want to skip this step, which can mean the difference between perfect rice and a gummy mess. However, with enriched or converted rice, rinsing will get rid of any vitamins that have been added to the grains during processing. Some varieties, such as Basmati and sushi rice benefit from a soaking prior to cooking, usually for about half an hour. Sushi rice is often soaked, then drained and allowed to dry a bit in a strainer, before going in the pot, until the exterior turns snow white.

Step 2. Cook. Put the rinsed rice in your heaviest bottomed saucepan. Cover with fresh cold water one thumbnail’s depth over the surface of the rice. Bring the water to a boil over medium-high heat. Allow the rice to boil until it just begins to swell and the level of the water just barely reaches the surface of the rice, about 2 minutes. Then clamp on the lid, set the heat to low, and allow the rice to steam for about 15 minutes. Don’t peek. Turn off the heat and let the pot sit for another five minutes.

Step 3. Eat! Fluff with a fork and serve!

What’s your foolproof way to cook rice? Share with us in the comments below.

My favorite is basmati. I rinse it until the water runs clear, soak it for 1/2 hr, then boil it ( yep boil in about 2 QTS water) for 4 mins. Drain, cover and replace on stove for about 20 mins to finish cooking. Comes out once and fluffy!

How do you cook brown rice at an altitude of 6000 feet? No matter how long I cook it, it is crunchy on the inside and mushy on the outside!

I bought a $30 rice cooker at Walmart and once I figured out the correct mixture of rice and water it is so easy. It even shuts down by itself and switches to warming temp to keep it for later use. I eat a lot of rice and have lost weight. For diabetics, brown rice is better, and my favorite is wild rice.

Always use twice as much water as rice. If you’re cooking a cup of rice, use two cups of water and one teaspoon of salt. This applies to regular white rice.
Use a deep enough boiler so the rice will not boil over. Cook on low and never peek.

Our favorite is Basmati. I use a electric rice cooker.

I cant cook rice, but maybe with Mr. Higgins info and recipe I will lose my fear!

The best way to cool your palate after eating something hot and spicy is to consume milk or other dairy products. It quickly puts out the fire!
More hints & tips 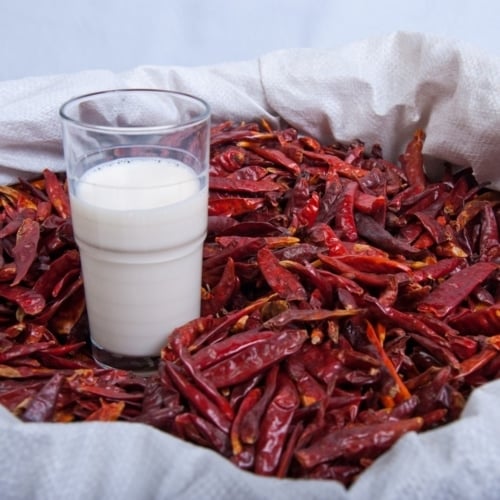