by Jaime McLeod Updated: May 21, 2022
EmailFacebookPinterestTwitter In the United States, Memorial Day, which is celebrated on the last Monday in May, is commonly seen as the unofficial start to summer. In Canada, that honor goes to Victoria Day, a holiday celebrated on the Monday that falls either on or immediately before May 24 —the date varies.

The Interesting … and Confusing History of  Victoria Day

The history of Victoria Day is a long and complicated one, particularly in Quebec, where the same date is now known as National Patriots’ Day. First celebrated in 1845, Victoria Day commemorated the birthday (May 24)  of the then-reigning Queen Victoria. It was officially known as Queen’s Day until Victoria’s death in 1901, when it became Empire Day. From there, it began changing dates to coincide with the birthday of whichever British monarch was sitting on the throne at the time. The confusion finally ended in 1952, when Empire Day was permanently set for the Monday preceding May 24. In 1958, Empire Day was renamed Commonwealth Day, and in 1977 that day was moved to the beginning of March, and the May holiday once again became Victoria Day.

Confused yet? No? Well, try this on. In addition to commemorating the birthday of Queen Victoria, Victoria Day is also officially recognized as the birthday of current British Queen Elizabeth II, whose actual birthday falls on April 21.

Add to that the fact the province of Quebec, which has never had a very cozy relationship with the crown, has never celebrated Victoria Day. Instead, an unofficial holiday, Fête de Dollard, was created to coincide with the same date. This day honored Quebecois military hero Adam Dollard des Ormeaux. In 2003, Quebec’s provincial government made the day an official holiday, renaming it National Patriots’ Day, “to underline the importance of the struggle of the patriots of 1837–1838 for the national recognition of our people, for its political liberty, and to obtain a democratic system of government.”

No matter what holiday you celebrate, or when you celebrate it, the fact remains that the end of May is a time to enjoy friends, family, outdoor fun, and good food. To readers both above the 49th parallel and below it, the Farmers’ Almanac wishes you a happy and safe start to summer!

Find out what the weather will be for the holiday weekend here!

Add a pinch of salt to the water before hard-boiling eggs to prevent the shells from cracking.
More hints & tips 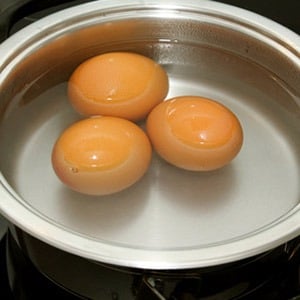