Below are some common and uncommon weather terms that are used in the Farmers’ Almanac and on our website.

Absolute Zero — The temperature at which all molecular motion ceases, equal to -459.67 degrees Fahrenheit or -273.16 degrees Celsius.

Anemometer — An instrument for measuring wind force and speed.

Aurora, or Aurora Borealis — Also known as the “Northern Lights,” a glow of colored lights in the northern and southern skies, caused by electrically-charged particles streaming out of the Sun and entering the Earth’s atmosphere.

Barometer — An instrument for measuring atmospheric pressure, used in weather forecasting and in determining elevation.

Beaufort Wind Scale — A system for estimating the wind speed by observing the state of the sea, using a scale on which successive ranges of wind velocities are assigned code number from 0 to 12, corresponding to categories from calm to hurricane. Devised by British Admiral Sir Francis Beaufort (1774-1857)

Blizzard — A violent winter storm with winds about 32 mph/ 51 kph, and visibility less than 500 feet/ 150 meters because of falling and blowing snow. Sometimes “ground blizzard” is used to describe a storm in which all the airborne snow has been re-suspended from that which had previously fallen.

Calm — A condition of little or no wind.

Cloudburst — An unpredicted, sudden, heavy rain that falls at a rate greater than 4 inches/10 centimeters per hour.

Cold Wave — An abrupt onset of unusually cold weather; a rapid fall in temperature within 24 hours.

Corona — A set of one or more colored rings immediately surrounding the Sun or Moon when veiled by a thin cloud, due to diffraction (breaking up) of light by cloud droplets.

Depression — A region of low barometric pressure. Usually applied to the early stage of development of a tropical cyclone.

Dog Days — The hot, sultry period between early July and mid-August, so-called because Sirius, the Dog Star (the brightest star of the night sky), rises and sets with the Sun during this time.

Drizzle — Rain in fine, mist-like drops, between 0.2 and 0.5 millimeters in diameter, that produce a precipitation rate almost inevitably less than one millimeter per hour.

Drought — A long period with no rain, especially during a planting season.

Dust Storm — A severe windstorm that sweeps dust into clouds across an extensive area, especially in an arid region, and that reduces visibility to less an 1/2 mile and /1 kilometer.

Eye — The circular area of relative calm at the center of a cyclone.

Front — The transition zone between air masses of different temperatures.

Hail — Precipitation in the form of balls or lumps of ice, having a diameter of 5 millimeters or greater. Anything smaller than this is called ice pellets.

Halo — A circular band of light, sometimes tinged with rainbow colors, seen around the Sun or moon, caused by the refraction, reflection, and dispersion of light through ice particles suspended within high altitude clouds, such as cirrostratus; sometimes the precursor of impending unsettled weather, especially during the winter months.

Heat Index — The heating effect of any combination of temperature and humidity. Sometimes called the apparent temperature or comfort index.

Heat Lightning — Intermittent flashes of light across the sky on warm summer evenings, not accompanied by thunder. It is thought to be cloud reflections of distant lightning.

Heat Wave — A period of abnormally and uncomfortably hot and usually humid weather.

Hurricane — A severe tropical cyclone with winds equal t or exceeding 74 miles per hour; originating in the tropical regions of the Atlantic Ocean, Caribbean Sea, or Gulf of Mexico; usually traveling north, northwest, or northeast from its point of origin; and producing very heavy rainfall.

Indian Summer — A period of abnormally mild weather, occurring in late autumn or early winter, usually after the first frost.

Inversion — A state in which the air temperature increases with increasing altitude, holding surface air down, along with its pollutants.

Knot — A unit of speed of one nautical mile per hour, about 1.15 statute miles per hour.

Lightning — The visible flash of light accompanying a large-scale high-voltage natural electric discharge in the atmosphere.

Mackeral Sky — A formation of cirrocumulus or altocumulus clouds that look like the pattern of scales on a mackerel’s back.

Mist — A mass of fine droplets of water, intermediate in size between haze and fog, and near or in contact with the Earth, producing a thin, grayish veil over the landscape.

Mock Sun — A bright spot of light sometimes appearing to either side of the Sun, often on a luminous ring or halo. Also called parhelion or sundog. Also seen (albeit rarely) with the Moon (a paraselene or Moondog).

Obscuration — A designation for the sky cover when the sky is completely hidden by an obscuring phenomenon such as fog or smoke.

Precipitation — Weather droplets or ice particles condensed from atmospheric water vapor, and sufficiently massive to fall to the Earth’s surface in the form of rain, ice, and/or snow.

Polar Coaster — The term Farmers’ Almanac editors use to describe winter 2019, with unstable conditions from one day to the next, and where temperatures travel “up and down the thermometer” like a roller coaster ride.

Raindrop — A drop of water of more than 0.5 millimeters in diameter that is falling through the atmosphere.

Sea Breeze — A cool breeze blowing inland from the sea along coastal locations during the afternoon hours, caused by differences in the surface temperatures of the land and sea.

Smog — Fog that has become mixed and polluted with smoke.

Snow — Solid precipitation in the form of white or translucent ice crystals of various shapes; originating in the upper atmosphere as frozen particles of water vapor.

Squall — a sudden violent gust of wind or a localized storm, especially one bringing rain, snow, or sleet.

Storm Surge — An abnormal rise of the sea along a shore as the result of a storm.

Thunder — The sound that is emitted by the rapidly expanding gases along the path of the electrical discharge of lightning.

Thunderstorm — A local storm, invariably produced in a cumulonimbus cloud, and always accompanied by lightning and thunder.

Tornado — A rotating column of air, usually accompanied by a funnel-shaped downward extension of a cumulonimbus cloud, perhaps several hundred yards or more in diameter, whirling destructively at speeds sometimes in excess of 300 miles per hour. Also called a twister.

Unsettled — A period of variable and uncertain weather, conducive to precipitation.

Virga — Wisps or streaks of precipitation (water or ice particles) streaming down from a cloud but evaporating before reaching the Earth’s surface.

Water Spout — A tornado or lesser whirlwind over water.

Weather — The state of the atmosphere at a given time a place, described by specifying the variables such as temperature, moisture, wind velocity and air pressure, and their effects on life and human activity.

Whiteout — an optical phenomenon(mainly of the polar regions) that is produced when a uniform cloud cover forms over an unbroken snow cover; with these conditions all sense of depth and orientation is lost in a uniformly white glow.

Windchill Index — The cooling effect of any combination of temperature and wind. Originally developed in 1939 by Paul a. Sipel, an Antarctic explorer and an expert on cold climate issues, t has been recalculated in recent years to better conform to actually observed outdoor conditions. 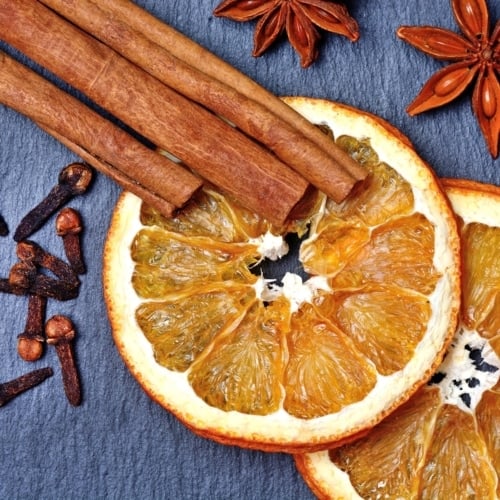