If you’re a fan of folklore, you’re probably paying close attention to spiderwebs this fall to see if they appear larger than usual. They’re one of the 20 signs of nature to watch that foretells a hard winter ahead. But there’s another reason you’ll want to watch spiderwebs this fall — to spot a beautiful dewbow.

What’s A Dewbow?
Like a rainbow, a dewbow forms when sunlight hits and passes through drops of water, causing the light to refract and separate into its individual color spectrums (red, orange, yellow, green, blue, indigo, and violet). But unlike rainbows, dewbows are created by tiny drops of dew, not raindrops. Sound like an insignificant difference? It has a lot to do with where dewbows appear, their shape, and their size.

Want To See A Dewbow? Look Down!
To see a dewbow, you’ll need to look down rather than up among the clouds. That’s because low-to-the-ground spots are where dewfall (and hence, a dewbow) forms.

One reason the ground is an ideal spot for dew is because of its ability to cool quickly at night (especially when skies are clear and there are no clouds to hold in the heat from the daylight hours). Dew forms when objects near the ground cool down to temperatures as low or lower than the temperature of the surrounding air. When this happens, water vapor in the air next to the objects’ surfaces condenses into tiny droplets of dew and covers them.

Another way the ground encourages dew is by acting as a source of water vapor. Grasses, crops, and all kinds of ground vegetation actually give off water vapor through transpiration. This, in turn, provides the air directly above ground to carry an abundance of invisible moisture that will trigger dew once temperatures cool enough.

These two reasons are why dew is commonly seen on lawns and in fields, and why dewbows are commonly spotted on ground-level objects like spiderwebs, blades of grass, and plant leaves.

When you do spot one, don’t be surprised if its shape resembles a flattened rainbow (a shallow curve with widening arms). To explain why it appears this way is somewhat tricky, but here’s a quick physics lesson: We know that when sunlight enters drops of water, it refracts and separates into its individual colors, and reflects out of the drops. As the light bounces back out of the water drops, it does this at an angle of 40-42 degrees and in all directions — up, down, sideways. Our human eyes only see the individual colors of light that also form a 40-42 degree angle with us. The path this light takes from the water drop to our eye forms a cone (with your eye at the cone’s point and the cone’s circular bottom out ahead of you). When looking at a rainbow, the horizon hides the bottom part of the cone’s circle and so we see an arc. But when looking at a dewbow, the ground intersects the cone’s circle at a slant. Your eye sees this as an open arc or elliptical shape.

Put simply, dewbow shape is caused by water drops being located along a flat surface (the ground) instead of a three-dimensional space (the sky)!

Autumn’s Cool Nights Set The Stage …
Dewbows can form any time of the year, but they’re easiest to see in autumn when the season’s classic weather — warm days and cool nights — is ideal for dew formation. It’s also when garden spiders are finally mature enough to start spinning their webs — the canvas upon which dewbows often appear.

Just remember: if you plan on seeing a dewbow, the old adage “The early bird gets the worm” rings true. Dew evaporates once the Sun warms the ground and air back above the dew point, so by an hour or two after sunrise, your chance of seeing dewbows will have vanished, like the dew, into thin air.

I’m wondering if the name “dewbow” is a made-up and recent name for this? I’ve seen these many times but have never heard that word before. I’ve also noticed quite a few early morning spider webs this Fall season.

Fascinating article, and very well done. Thank you for sharing.

Your Halloween jack-o'-lantern will last longer if you coat the cut edges with petroleum jelly.
More hints & tips 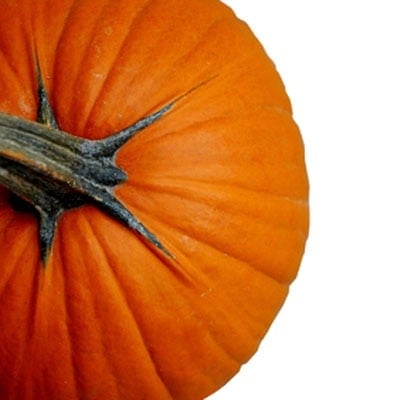