Christmas cards, carols, and stories all hold up a white Christmas as the ideal, despite the fact that the chances of actually having one are minimal in the vast majority of American cities. According to the National Oceanic and Atmospheric Administration (NOAA), most of the U.S. has less than a 50% chance of seeing snow at Christmas in any given year, and in many areas, the likelihood is much lower.

Will you get a white Christmas this year? See what we’re forecasting for your zone.

If that’s the case, why were the writers of so many popular Christmas songs “dashing through the snow in a one-horse open sleigh,” “dreaming of a white Christmas,” “walking in a winter wonderland,” remembering a good king who gave alms “when the snow lay round about, deep and crisp and even,” daring Mother Nature to “let it snow,” or imploring loved ones to “please have snow and mistletoe”?

The answer may lie in an interesting historical coincidence. Though Christmas celebrations have existed in some form for at least 1,000 years — and longer if you include non-Christian winter festivals, such as Saturnalia in Rome and Yule in Scandinavia — the holiday as we know it today saw a renaissance during the 19th Century. In both Britain and the United States, there was a push to reintroduce many of the long-abandoned Christmas traditions and to re-imagine this liturgical feast as a time to celebrate family, community, and generosity. Popular 19th Century writers, such as Charles Dickens, Washington Irving, and poet C. Clement Moore (of ‘Twas the Night Before Christmas fame), played a large role in this recasting of the ideal Christmas. And, thanks to both the intermingling of cultures in the U.S. and the marriage of Queen Victoria to the German-born Prince Albert in the U.K., Germanic traditions such as the Christmas tree found wider appeal.

By the time the 19th Century was over, Christmas had moved from being out-of-favor in the U.S., thanks to our dour Puritan heritage, to being an important national holiday.

While all of this was happening, the planet was in the thick of a phenomenon climatologists have named “the Little Ice Age.” This was a period of time, from about the mid 16th Century until the late 19th Century, when the entire world was much cooler than it is now or had previously been. During this time, glaciers grew larger, and winters were longer and colder across the globe, snow fell in areas where it once hadn’t, and canals, lakes, and ponds froze over for the first time in some areas.

In other words, thanks to the Little Ice Age, white Christmases were much more common 150 years ago, when many of our Christmas traditions were taking shape than they are today.

There are still areas where a snowy holiday season is almost guaranteed, though, so if you find yourself dreaming in vain of a white Christmas, just remember that a plane ticket is cheaper and easier to come by than a time machine.

Thank you mini ice age and Queen Victoria!! I love the old and new traditions that we share today! Yule as well as Christmas! Thank you! thank you ! thank you!

Love the article. Do you think Europe is experiencing a “mini ice age” – or are they global and not regional? You are my eyes and ears.

LOL Like Bing Crosby sings in the song White Christmas, I’.m DREAMING of a white Christmas doesn’t necessarly mean we’ll have snow.. its does stir memories even here in Maricopa AZ

The little Ice Age is thought to be a combination of natural phenomina and the explosion of the volcano Kracatoa. It is also why the winters of our American Revolution were so bitter and hard. A lot of history is in the weather. 😉

Very interesting article! I learn so much when reading them. I hoped for a white Christmas this year. We got a few flakes but mostly melted when hitting the ground. Happy Holidays to you and yours!

have a happy,healthy.blessed new year!!! i love you guys!!

MERRY CHRISTMAS AND A HAPPY AND HEALTHY NEW YEAR TO ALL! WE ARE HAVING A WHITE CHRISTMAS HERE IN CENTRAL OHIO. 🙂

Interesting facts! I love reading your articles, I learn a little something with everyone of them Thankyou! Ihope you’ll have a wonderful holiday

That was a wonderful article! I did not know those things (except about Queen Victoria and the Christmas tree). Will there be another “mini ice age”? Thanks for your interesting and well written peice. 🙂

To catch the dust while drilling a hole, poke the drill bit through the bottom of a small paper cup first, and then hold the cup rim against the wall while drilling.
More hints & tips 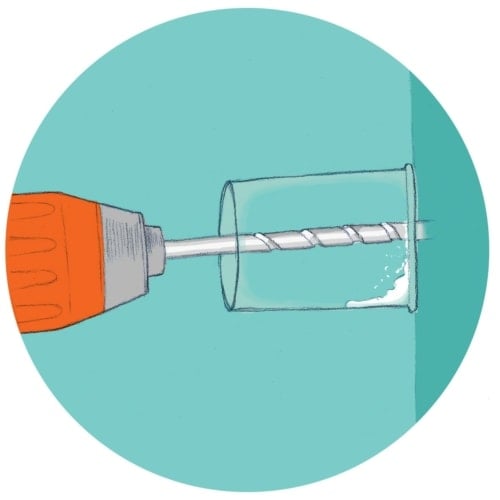