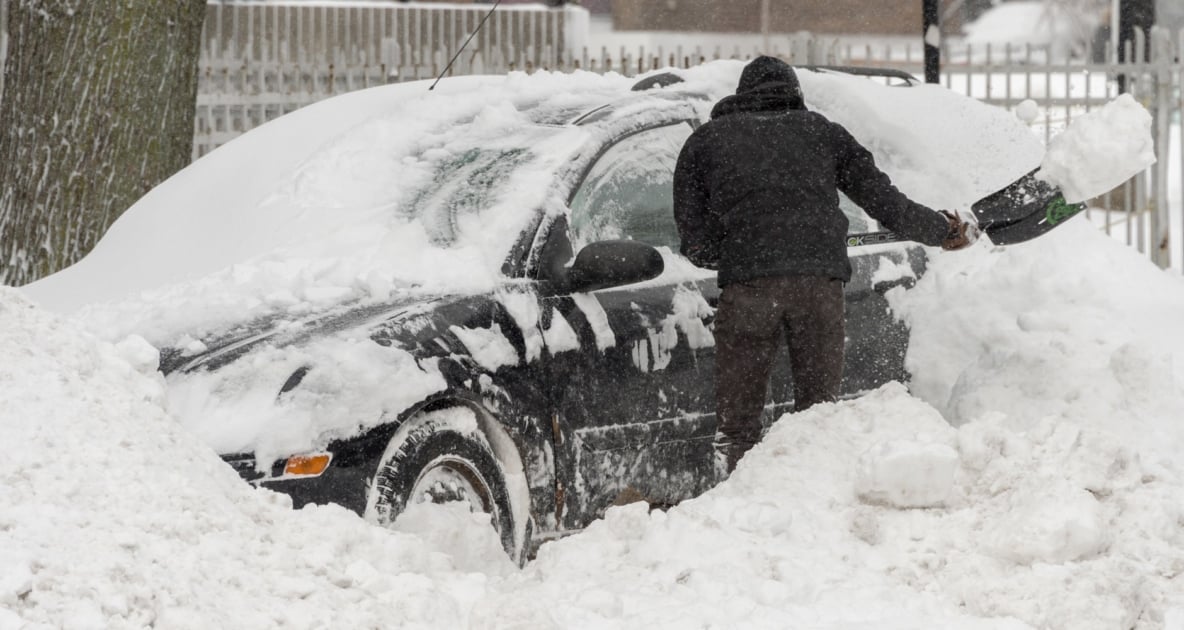 While most of us are enjoying the last few weeks of summer, here at the Farmers’ Almanac we’re all about winter. But before we talk about the winter ahead, we felt a look back was in order. Remember last winter? Of course you do! We do, too, and we’re proud that our forecast was spot on for the “flurry” of winter activity we had.

For over 200 years, the Farmers’ Almanac has been publishing long-range weather forecasts based on a proprietary formula devised by founder David Young back in 1818. Over the years, we have refined this formula in an effort to make our forecasts more accurate. Last winter was the most on target with the timing of some major storms and predictions for bitter cold.

So How Did It Go? Let’s Talk Storms!

January 4-7, 2018 –While it wasn’t one of the dates we “red flagged,” we predicted that a storm would “sweep across Pennsylvania and New York, and bring gusty winds and heavy precipitation” to Zone 1 (Northeast) and Zone 2 (Great Lakes, Ohio Valley). On January 4, the term “bomb cyclone” was introduced to our vernacular due to an intense storm that hit the Northeast (also called Winter Storm “Grayson”).  The long winter was just getting started…

February 4–7, 2018 –We called for snowfalls in the one- to two-foot range for Zones 1 (Northeast & New England) and 2 (Great Lakes, Ohio Valley, Midwest) and for Zone 3 (Southeast), we said “a Nor’easter brings widespread heavy snow possibly exceeding 1 foot for the Virginias, mountains of western North Carolina. Elsewhere, showery with heavy rains, gusty winds.” And indeed, a storm (“Liam”) brought a mess of snow and ice to the Plains, South, Midwest, and Northeast on February 7th. In the aftermath, we found references that over a foot of snow fell in parts of New York and New England. Talk about “spot on!”

On February 16-18, 2018 –We called for a winter storm to sweep in from the Midwest “bringing significant snowfall, 6 inches possible for Presidents’ Day weekend.” And Winter Storm “Noah” delivered, dropping snow up and down the Eastern Seaboard on February 17th (the Saturday of Presidents’ Day weekend). While it didn’t come in from the Midwest, it did create havoc for much of the New England. Maine saw total accumulations of about 10 inches.

March 1-3, 2018–During this timeframe, we said Zone 1 would see “another Northeast snowstorm” and Zone 3 (Southeast) was in for widespread heavy snow with accumulation of 12 inches for the Virginias, and mountains of North Carolina. Elsewhere “showery/heavy rains, gusty winds.”  Sure enough, so-called Winter Storm “Riley” became an intense nor’easter and introduced us to the term “bombogenesis,” which went off along the New England coast on March 2-3. It produced damaging winds and coastal flooding from New York and New England to North Carolina, following a quick burst of snow in the upper Midwest and Great Lakes. The intense storm knocked down trees and power lines, causing damage throughout the Washington D.C. area up into the Northeast, and left over 2 million without power.

March 20-23, 2018–We called for “a major storm bring strong winds and heavy precipitation” to Zone 1. And on March 22 the fourth nor’easter (“Winter Storm Toby”) in less than three weeks struck, bringing heavy snow and some winds to the Northeast. While the calendar said “spring,” it was clear winter wasn’t going anywhere.

All in all, we would say the winter of 2017-18 was one of the longest in recent memory. Agree?

See what we’re predicting for this coming winter, or buy a copy of the 2019 Farmers’ Almanac to get the full forecast. It’s in there!

Abundance of acorns, wooly caterpillars and the squirrels acting squirrelier than normal. Even a praying mantisthis past summer that I haven’t seen in more than 40 yrs. Could that also be a sign, bcuz here it is March 4,2019 and we just got dumped on in CT with 10” of snow. Seems our winters have pushed forward a month. Very mild temps in December and Jan with little snow but a lot of rain. Repeat of last year when acorns were in abundance then too. Looking like spring is nowhere to b found for awhile yet.

Looking forward to a snowy winter here in Arkansas in 2019! The spiders had their webs way up in the power lines during the end of summer, and I was only able to see them after a SUPER thick fog at the end of August!

Caleb Weatherbee Y is a fake name Necessary Y would your forecasters need protection an whom from ? FYI I’ve always found the Almanac to be closer to the
weather then most any other source

A layer of window screen wire inside the floor register collects little odds and ends that fall through.
More hints & tips