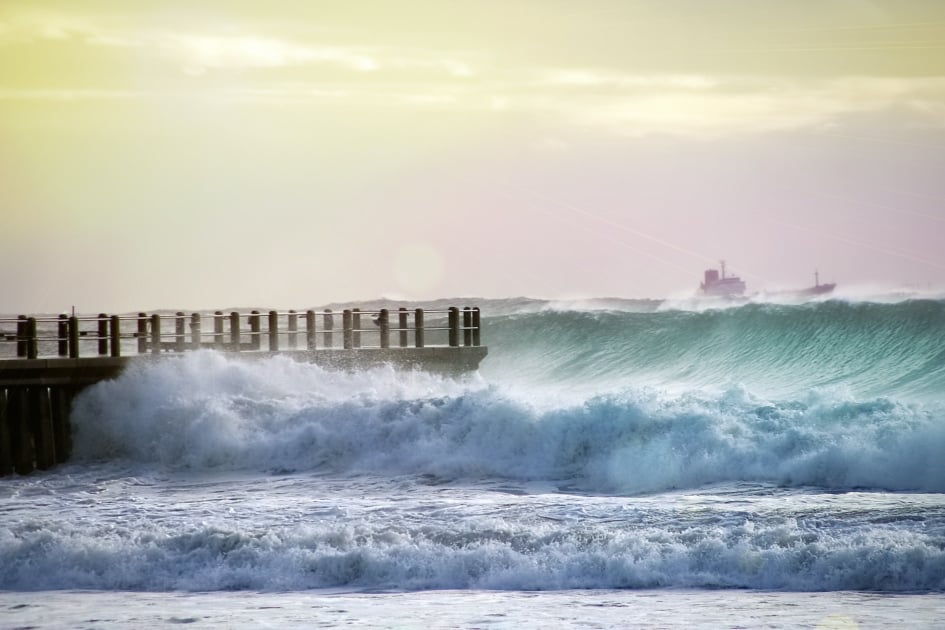 Tides are the natural rise and fall that occurs in major bodies of water, such as the ocean or large lakes. Tides are caused by the gravitational relationship between the Moon and the Earth. The Moon’s gravity pulls on the Earth, causing the water to swell in the direction of the Moon.

When Do We Get High Tides?

The exact timing and number of high tides per day varies by location, and is affected by such factors as geography, the shape of the coastline, the salinity of the water, the time of year, and the weather, among other things. On average, though, most coastal areas experience one high tide every 12 and 1/2 hours, or about twice per day.

But if the Earth revolves on its axis once per day, why do most areas have two high tides per day? One high tide happens at a specific longitude when the Moon is aligned with that area. A second high tide occurs on the opposite side of the Earth. Because the Earth gets pulled, ever so slightly, toward the Moon, the water on the opposite side gets “left behind” and bulges out in the opposite direction. This secondary tide isn’t usually as high as the one caused directly by the Moon.

The height of the tides is also affected by the position of the Moon in its orbit around the Earth. The Moon travels around the Earth once every 29+ days. Depending on where it is on its journey, the difference between high and low tide may be more or less pronounced.

Sir Isaac Newton was the first to theorize that the Moon is responsible for the tides. He published his explanation in the second volume of his Philosophiae Naturalis Principia Mathematica in 1687.

Relieve pressure from a stuffy nose

Stuffy nose? Press your tongue against the roof of your mouth and press your fingers between your eyebrows to relieve pressure.
More hints & tips