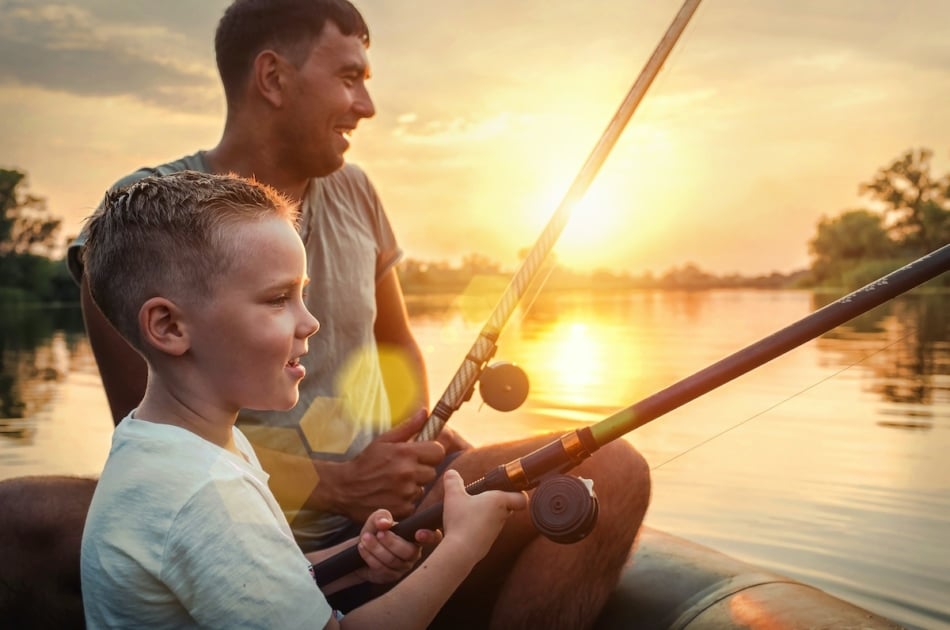 When is Father’s Day?

The Origin of Father’s Day

Many people assume Father’s Day (and Mother’s Day for that matter) is a holiday designed by greeting card makers to turn a profit. But that couldn’t be farther from the truth. The story behind how this day became a holiday is actually a tale of determination by one woman and a decades-long fight to get fathers the recognition they deserve.

Some attribute the first Father’s Day observance to the 1907 Monongah, West Virginia mining disaster that killed 361 men—250 of them fathers— and which left more than a thousand children without a dad. Grace Golden Clayton, whose father was killed in the tragedy, suggested a service of commemoration to the pastor of her local Methodist chapel. But it never really caught on as an annual observance.

Two years later, in May of 1909, a woman named Sonora Louise Smart Dodd of Spokane, Washington, heard a Mother’s Day sermon by Reverend Dr. Henry Rasmussen in her hometown church and thought a similar day should be set aside to honor fathers. Her own father, William Jackson Smart, a Civil War veteran, raised six children as a single parent.

The Struggle To Make Father’s Day A Holiday

On June 6, 1910, Dodd approached the Spokane Ministerial Association and the local Young Men’s Christian Association (YMCA) with her petition outlining the idea for an annual observance, and she received overwhelming support. Spokane’s held its first Father’s Day celebration on Sunday, June 19, 1910, with moving speeches by her own pastor and those from other area churches.

The first U.S. President to celebrate it was Woodrow Wilson in June of 1916, who opened the church services by telephone to Spokane from the Oval Office. Wilson liked the idea so much of a day of observation for fathers that he pushed to make it a national holiday (he had just made Mother’s Day official in 1915), but members of Congress resisted, fearing that such a day would take away support from the Mother’s Day holiday, and commercialize the day for fathers, causing more harm than good.

Undeterred, Dodd took her mission on the road and spoke publicly to fathers to gain their support. But she was met with hard criticism. According to The Spokesman-Review, they laughed at her and said they didn’t want a Father’s Day. “A national fishing day would be better,” they told her.

The effort to formally recognize a day for fathers met with even more hurdles over the years. In 1924, President Calvin Coolidge urged states to observe the day nationwide but refused to issue an official proclamation for the holiday, and by the 1930s there was an effort to combine Mother’s Day and Father’s Day into a single “Parent’s Day” holiday. Even the newly formed “Father’s Day Council,” made up (and funded by) of members of men’s clothing retailers, couldn’t get the holiday recognized by 1938, only succeeding in getting calendar makers to mark the third Sunday in June with tie and pipe illustrations. And the general public had no interest in buying cards or gifts for dad that he probably didn’t need.

Maine’s U.S. Senator, Margaret Chase Smith, had her own thoughts on the matter. When the holiday efforts reached another stalemate in Congress, Chase-Smith penned a harsh memo in which she declared, “Either we honor both our parents, mother and father, or let us desist from honoring either one. But to single out just one of our two parents and omit the other is the most grievous insult imaginable.”

More than 50 years after Dodd’s initial efforts, Father’s Day was recognized as a holiday to be celebrated on the third Sunday of June by President Lyndon Johnson’s Executive Order in 1966. But it was still not officially recognized as a federal holiday until six years later, in 1972 when, during his re-election campaign, Richard Nixon signed an official proclamation setting Father’s Day permanently on the third Sunday in June nationwide.

So when you’re picking out that special gift and card for dad, remember Sonora Smart Dodd and her efforts to get fathers the recognition they deserve.

In 1978, Mrs. Dodd died at the age of 96. Her grave at Greenwood Cemetery in Spokane reads:

Wondering what the weather will be like? Be sure to check out our forecast here!

A hearty breakfast in bed, impromptu softball game, barbecue, a day of fishing at the lake, a few hours on the links, or maybe just a sanctioned day off without the burden of errands or chores, are all perfect ways to celebrate dad. But what about finding something unique that reflects a special time only the two of you spent together in the past?

Cooking/Grilling: If you cooked alongside dad, whether it was burgers, pancakes, or his grandmother’s recipe for stuffed peppers, and if a backyard barbecue is on the usual agenda (with dad at the helm, of course), surprise him by purchasing a hibachi instead. Pack up the ingredients for a first-class cookout and head to a beach or park where grilling is allowed. Dad can swim, read, or just unwind, and you can master the coals.

Spa Days Can Be For Dads! Because dad did his best to make sure you had new jeans, highlights, or looked great for the prom, a spa day may be just what the doctor ordered. While it may not be something he’d typically do for himself, chances are he also likes to look and feel great on the outside. More and more spas today have separate rooms for their male clients, and services like manicures, pedicures, facials, body wraps, and massages can relax, refresh, and energize a tired dad on his day. (If the spa is closed on Sundays, he’ll appreciate his special visit just as much the day before.)

Personal Memoir: If dad taught you to throw a softball, wield a tennis racquet, sail a boat, or even achieve a perfect game of darts, chances are your accomplishment required a great deal of time and patience on his part. A personal memoir in a leather-bound journal of that adventure together, whether it was a few weeks or a few years, accompanied by some photos from the time, can make for a singular gift he’ll appreciate each year for the rest of his life.

Gift of Music: For some families, music was an integral part of their growing up years. Whether your dad plays the trumpet or violin, or simply loves Wagner or Warren Zevon, why not make him a simple playlist, or “mixed tape”? Or tickets to a concert you can share and enjoy will show him you remember and appreciate him.

Whatever you do, a personal gift is a way to tell dad that in so many ways he remains the center of your world, that nothing he did in the past went unnoticed, and that he continues to inspire you every day.

Cut 1" from the bottom when you bring it home from the lot to keep it fresher longer. Bonus Tip: Save the piece of wood and write your name and the year on it to treasure as a family keepsake ornament!
More hints & tips 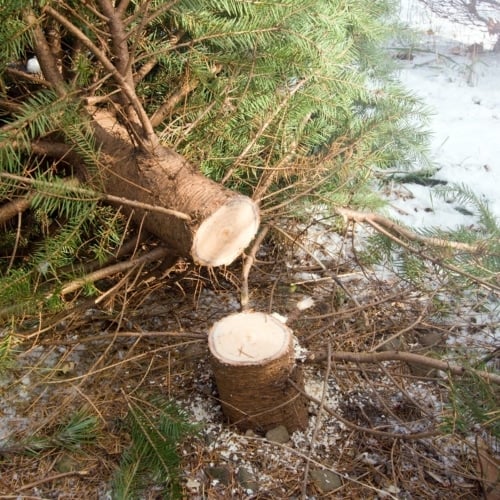