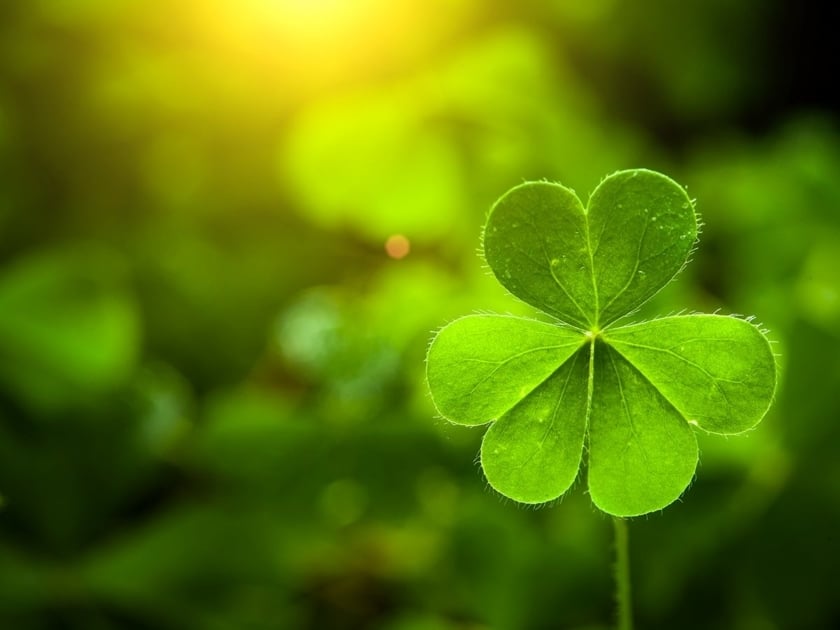 Though the day has morphed over the years into more of a secular celebration, St. Patrick’s Day was originally a religious holiday intended to commemorate the life of St. Patrick, the man credited with bringing Christianity to Ireland.

Who Was Saint Patrick?

Born in Britain, Saint Patrick was captured by slave traders when he was 16 and brought to Ireland to be a shepherd. After six years of imprisonment, he escaped back to Britain. While imprisoned, though, he had become a devout Christian. He is said to have had visions from God, telling him to go back to Ireland and spread the gospel. He spent the next twenty years preaching and teaching in Ireland, and creating churches and monasteries throughout the country.

There are a number of ways to celebrate the “Wearing of the Green.” You could drink a green beer or an Irish stout, sing When Irish Eyes Are Smiling or Danny Boy with friends, or just sit around your television watching old Bing Crosby and John Wayne movies. While all of these activities are fun, and traditional, one of the best ways to celebrate St. Patrick’s Day is to sit down to a wholesome Irish meal with family and friends.

What Is a Shamrock and What Does It Have to Do With St. Patrick’s Day?

The shamrock is the most iconic symbol of St. Patrick’s Day, but what do you really know about this tiny three-leaved plant, and why is it associated with the holiday?

Legend and tradition state that the shamrock was a vital part of St. Patrick’s teachings. He used its three rounded leaves growing on a single stem as a natural symbol simplify the concept of the Trinity. It is also said that the deep green color of the shamrock, which became Ireland’s emblem, cancels out the superstition that it is bad luck to wear green.

Which Plant is a True Shamrock?

Which plant St. Patrick chose as the shamrock has been debated for some time. There are several strong candidates among the members of the pea family:

Want to grow your own Shamrocks? Learn how!

What Does Shamrock Mean?

The literal translation of shamrock is “seamrog” and means “summer plant.” It is in the spring and summer when shamrocks grow lush in the Irish fields.

Shamrocks Are Not Four-Leaf Clovers!

There is more to the legend surrounding the shamrock. The trefoil in Arabic is called shamrakh. It was held sacred in Iran as an emblem of the Persian Triads. And in his Natural History, Pliny claims that serpents are never found where trefoil grows and that the plant prevails against the strings of snakes and scorpions.

What are your plans this St. Patrick’s Day? If you’re still trying to decide, why not try some of these fun ideas? And remember, no matter what your heritage, on St. Patrick’s Day, everyone is Irish!

Wear green — Okay, this is the obvious one. But dressing for St. Patddy’s can go beyond a green shirt. Try being green from head to toe — pants, shoes, hat, face paint, and even a green wig! Nobody said it was easy being green, but people will love you for it on March 17.

Attend a parade — If your city holds a St. Patrick’s Day parade, go! And if not, why not plan a shamrock get-away to a town that does? Some of the cities with grand celebrations include New York, Montreal, Boston, Chicago, and Savannah, Georgia. If you’re really feeling the St. Patty’s spirit, you could take that trip to Ireland you’ve always dreamed of. If traveling isn’t in the budget, you’re sure to at least find a good parade on television.

Throw a party — Invite your friends over for a St. Patrick’s Day party. Award a prize to the greenest dressed guest. Hide a pot of gold, and send guests on a treasure hunt.

Eat green foods — This is the day to eat all your favorite green foods — salad, guacamole, green peas, zucchini, pesto, pistachios, lime sherbet, green frosted cupcakes, and the list goes on and on.

Decorate — Green your home or office with strands of green lights, shamrocks, leprechauns, and streamers.

Play Celtic music — Pull out those old favorites or pick up a couple of new CDs at the store.

Send St. Patrick’s Day greeting cards — Sign your last name with an O’ in front of it!

Love St. Patrick’s Day and miss my grandmother’s enthusiasm even though I’m 78yrs old. I think she could make ET feel Irish for a day. Proud of her heritage and immigrant parents. Celebrate for her every year. Good wishes to all for a Happy St. Pats!?

In the 1960’s, I attended a regular public school which enjoyed celebrating St. Patrick’s Day. One of my elementary school teachers shared how St. Patrick used the shamrock to explain the holy trinity — with the 3 identical leaves representing the Father, the Son, and the Holy Spirit, and how the three make One entire head. Imagine if a public school teacher taught the same in class today.
I suppose the green color of the shamrock came to symbolize a living being, thus life.
What I don’t know is how pinching became popular as a way to tease those who forget to wear green on St. Patrick’s day?

I am a public school teacher, and I can, and do, teach all about St. Patrick’s Day including the Trinity. ?

This will be the second year we will miss Paddy’s Day ☘️ celebrations, due to the lockdown, our biggest in Dublin is off also☹️ a normal year it would be a three day event, with visitors coming home for the big day, dress well in green, and loads of Guinness after the parade ??☘️☘️????

Don’t Toss It, Clean It!

Your plastic shower curtain liner can get moldy and grungy over time. But there's no need to throw it away. Simply wash it with some soiled towels in warm water with 1/2 cup laundry detergent and 1/2 cup baking soda on your machine's regular cycle. Add 1 cup white vinegar to the rinse cycle. Hang it back up when the wash is done.
More hints & tips 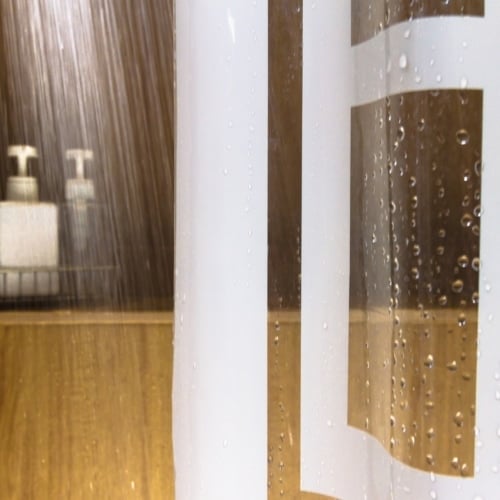