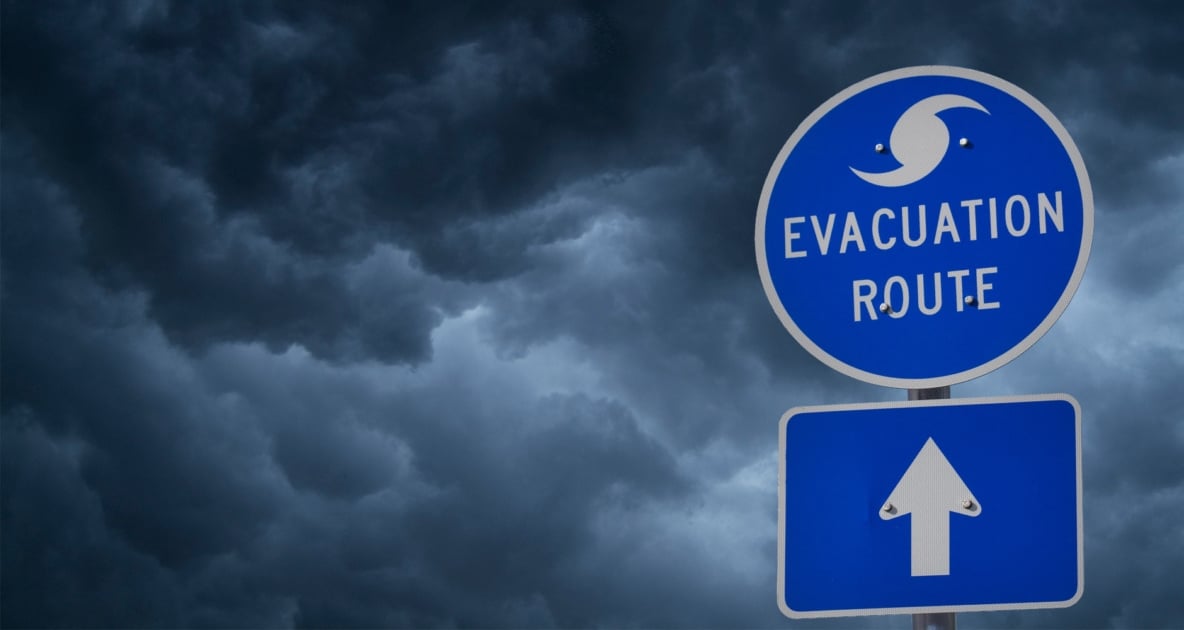 Here is a basic primer on hurricanes, tornadoes and storm surges, along with hurricane tips, information on the different categories of hurricanes, and a glossary of terms.

A hurricane is a severe tropical storm, that forms in the southern Atlantic Ocean, Caribbean Sea, Gulf of Mexico, or in the eastern Pacific Ocean. Hurricanes need warm tropical oceans, moisture, and light winds above them. If the right conditions last long enough, a hurricane can produce violent winds, incredible waves, torrential rains and floods.

Hurricanes rotate in a counterclockwise direction around an “eye.” Hurricanes have winds at least 74 miles per hour. There are on average six Atlantic hurricanes each year; over a 3-year period, approximately five hurricanes strike the United States coastline from Texas to Maine.

When hurricanes move onto land, the heavy rain, strong winds and heavy waves can damage buildings, trees and cars. The heavy waves are called a storm surge. Storm surge is very dangerous and a major reason why you MUST stay away from the ocean during a hurricane warning or hurricane.

Being tornado smart means having a safe place go and having the time to get there. Determine the safest place in your home – an interior room, a hallway, but never in a mobile home. With a NOAA weather radio, you will receive enough warning of any tornado threat.

Compiled by FarmersAlmanacTV.com staff, based on a report from NOAA.

IF A HURRICANE WATCH HAS BEEN ISSUED:

IF A HURRICANE WARNING HAS BEEN ISSUED:

In addition, have the following readily available and sealed in a moisture-proof package:

(Learn More About This Scale At The National Weather Service)

Advisory: A formal advisory message from a Weather Bureau Hurricane Warning Center giving warning information along with details on tropical cyclone location, intensity and movement and precautions that should be taken.

Bulletin: A public release for press, radio, and TV dissemination from a Weather Bureau Hurricane Warning Center, issued at times other than those when advisories are required and containing a greater amount of general newsworthy information. The bulletin will routinely include a resume of all warning in effect.

Hurricane: A large revolving storm originating over tropical ocean waters with winds of 74 miles per hour (64 knots) or more blowing counter clockwise around the center.

Hurricane Center or Eye: The relatively calm area near the center of the storm. In this area winds are light and the sky often is only partly covered by clouds.

Hurricane “Season”: The portion of the year having a relatively high incidence of hurricanes. In the Atlantic it is usually regarded as extending from June through November In the Pacific the season extends from June through October.

Hurricane Watch: An announcement for specific areas that a hurricane or an incipient hurricane condition poses a threat to coastal and inland communities. All people in the indicated areas should take stock of their preparedness requirements, keep abreast of the latest advisories and bulletins and be ready for quick action in case a warning is issued.

Squall: A wind that increases suddenly in speed, maintains a peak speed of 18 miles per hour (16 knots) or more over a period of two or more minutes, and decreases in speed; similar fluctuations will occur at succeeding intervals.

Cyclone: The meteorologists’ term for any low pressure area or areas where winds move counterclockwise in the Northern Hemisphere.

Tropical Cyclone: A non-frontal cyclone which originative over tropical or sub-tropical maritime areas.

Tropical Disturbance: The weakest recognizable stage of a tropical cyclone, in which rotary circulation is slight or absent at the surface but possibly better developed aloft.

Tropical Disturbance: The weak stage of a tropical cyclone with a definite closed surface circulation, one or more closed surface isobars, and highest wind speed less than 34 knots (39 mph).

Use Gum To Avoid Tears!

When cutting an onion, chew on some gum. Some say it helps cut down on tears.
More hints & tips 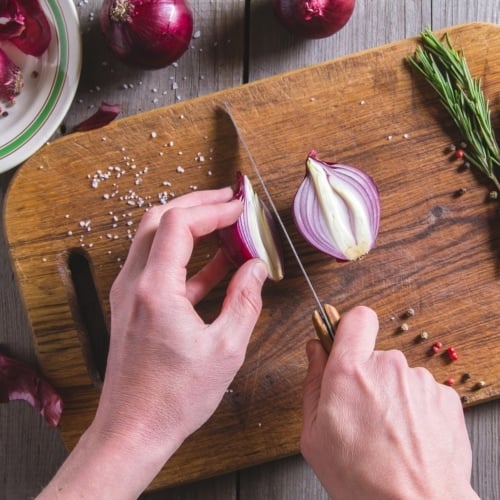