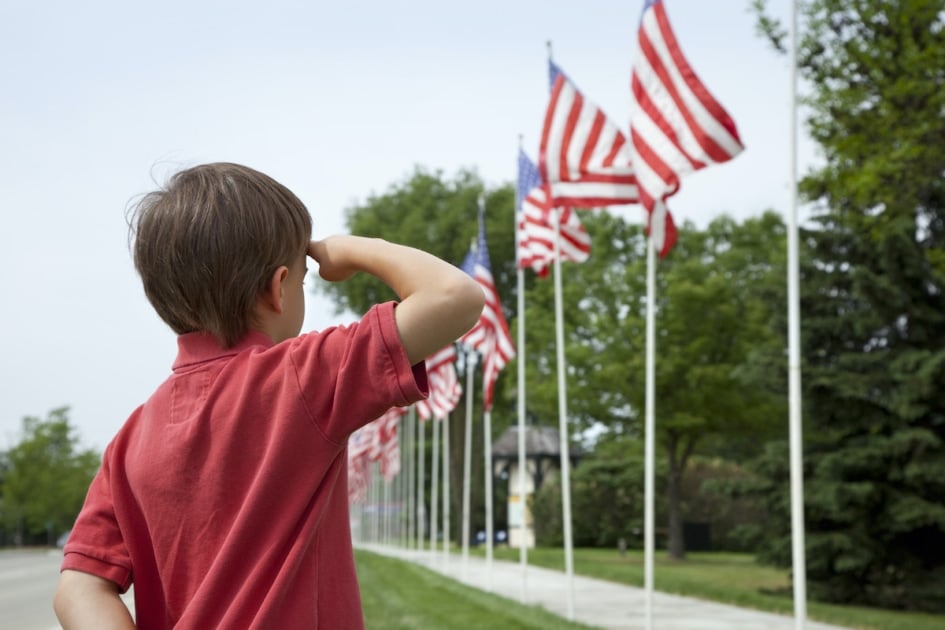 Memorial Day is more than just a great excuse for a cookout and a day off from work. The holiday was created to honor the many American men and women who died in military service. This focus on those who made the ultimate sacrifice sets it apart from Veterans’ Day, which honors all military veterans, living and dead.

Will it rain on Memorial Day? See what we’re forecasting.

Here are some facts and history on the holiday:

Why Is The Poppy Associated With Memorial Day?

Poppies are associated with those who died during wartime since World War I.  In the U.S., people wear the red poppy on Memorial Day to honor those who died trying to protect the country, according to The Department of Veterans Affairs. In Canada, poppies are worn on Remembrance Day, November 11th.

The red color is not a symbol of blood, death, or support for war. Instead, poppies were the only flowers that grew in war-torn battlefields. When the countrysides were nothing but mud and devastation, poppy flowers sprouted up and flourished. The sight of the red poppies inspired one Canadian soldier, Colonel John McCrae, to pen a poem in May 1915:

In Flanders fields the poppies blow
Between the crosses, row on row,
That mark our place; and in the sky
The larks, still bravely singing, fly.
Scarce heard amid the guns below.

We are the dead. Short days ago
We lived, felt dawn, saw sunset glow,
Loved, and were loved, and now we lie
In Flanders fields.

Take up our quarrel with the foe:
To you from failing hands we throw
The torch; be yours to hold it high.
If ye break faith with us who die
We shall not sleep, though poppies grow
In Flanders fields.

The poem moved so many, especially two women—Anna E. Guerin of France and Moina Michael of Georgia. Together they sold artificial poppies to benefit children left orphaned by the War, and by 1922, the poppy was adopted as the official memorial flower of the VFW. The Friday before Memorial Day was designated as Poppy Day.

CANADA Day , July 1st does not have anything to do with the US Memorial Day. On Canada Day we celebrate Confederation. . Victoria Day initially celebrated the birthday of Queen Victoria; now, unofficially celebrates the current sovereign’s – Queen Elizabeth II- birthday. Only on Remembrance Day – November 11th – do Canadians honour those who have fallen in war.

It has been observed annually since 1 July 1917, to recall the losses of approximately 700 soldiers of the 1st Newfoundland Regiment from the Dominion of Newfoundland at Beaumont-Hamel on the first day on the Somme during the First World War. Since the induction of Newfoundland into Canada in 1949, “Memorial Day” has been amalgamated to commemorate the sacrifices of members of the armed forces of the Canadian province Newfoundland and Labrador in times of war. It is observed concurrently with Canada’s national holiday, Canada Day.

Cut firewood during the light of the moon so it will burn well and stay bright.
More hints & tips