The first day of spring is Monday, March 20, 2023, at 5:24 p.m. EDT. For those of us in the Northern Hemisphere, this was marked by the arrival of the Vernal Equinox (otherwise known as the “First Point of Aries“).

Regardless of what the weather is doing outside, spring equinox marks the official start of the spring season. Get our official spring forecast.

What Does Vernal Equinox Mean?

Vernal translates to “new” and “fresh,” and equinox derived from the Latin aequus (equal) and nox (night).

So what does that mean? Essentially, our hours of daylight—the period of time each day between sunrise and sunset—have been growing slightly longer each day since the winter solstice in December, which is the shortest day of the year (at least in terms of light).

Even though we know that after December 21st, the days start getting steadily longer, we still see more darkness than light over the course of a day in those three months leading up to spring. The vernal equinox marks the turning point when daylight begins to win out over darkness.

At this moment, the direct rays of the Sun are shining down on the equator producing the effect of equal day and night (give or take a few minutes, see below).  After the vernal equinox, the direct rays of the Sun migrate north of the Equator (with hours of daylight steadily growing longer) until they finally arrive at the Tropic of the Cancer (latitude 23.5 degrees north).

After the summer solstice, the direct rays proceed to head south and the days begin to grow shorter. It will take another three months, until the autumnal equinox for the periods of daylight and darkness to reach equilibrium once again.

The rays ultimately reach the Tropic of Capricorn (latitude 23.5 degrees south) on the day of the winter solstice and the whole cycle begins again!

Length of Day Vs. Night

A question revolving around the vernal equinox concerns the length of day versus night. We have been taught that on the first days of spring and autumn, the day and night are equal to exactly 12 hours all over the world.

Yet, if you check the calendar pages in our Almanac, you will find that this is not so. In fact, our tables tell you that on the days of the spring and fall equinox, the length of daylight is actually longer than darkness by several minutes.

The reason this happens can be attributed to our atmosphere. If Earth was a planet that did not have an atmosphere, then yes, on the equinox days the length of the day and night would be exactly even.

As a result, we actually end up seeing the Sun for a few minutes before its disc actually rises and for a few minutes after it has actually set. Thus, thanks to atmospheric refraction, the length of daylight on any given day is increased by approximately six or seven minutes.

Why Does the First Day of Spring Change?

There are a few reasons why seasonal dates can vary from year to year. The first is…

Since the seasons are defined as beginning at strict 90-degree intervals, these positional changes affect the time the earth reaches each 90-degree location in its orbit around the sun.

Second, the pull of gravity from the other planets also affects the location of Earth in its orbit.

Is Spring Getting Shorter?

The current seasonal lengths for the Northern Hemisphere are (approximately):

As you can see, the warm seasons, spring and summer, combined are 7.584 days longer than the colder seasons, fall and winter (good news for warm weather admirers!).

Winter is the shortest astronomical season, and with its seasonal duration continuing to decrease, it is expected to attain its minimum value — 88.71 days — by about the year 3500.

So why, you might ask, are the “warm seasons” (spring and summer), longer than
the “cold seasons” (autumn and winter)?

It goes back to Earth’s elliptical orbit again, as mentioned above. We are 3.1 million miles closer to the Sun (called perihelion) in early January, as compared to early July, when we are farthest (called aphelion). And the closer a celestial body is to the Sun, the faster it must move in its orbit—gravity insists upon that, that’s a fundamental, natural law that was demonstrated 400 years ago by the astronomer, Johann Kepler. That means during cold months, when we are closest to the Sun, we are sweeping fastest through our orbit in space. In July, when we’re farther from the Sun, we’re moving more slowly.

Thank you. I was having a discussion earlier with a know it all friend. I told her the dates and she kept arguing with me. But good old Farmers Almanac came through for me again!!! I’m 67 and my parents used Farmers Almanac that hoe I know I can trust you!

Before juicing lemons, oranges, or limes, zest the peels first for use in cakes, muffins, frostings, etc.  Scrub or soak the fruit first to remove any residue. Zest can be stored in airtight baggies in the freezer until ready to use.
More hints & tips 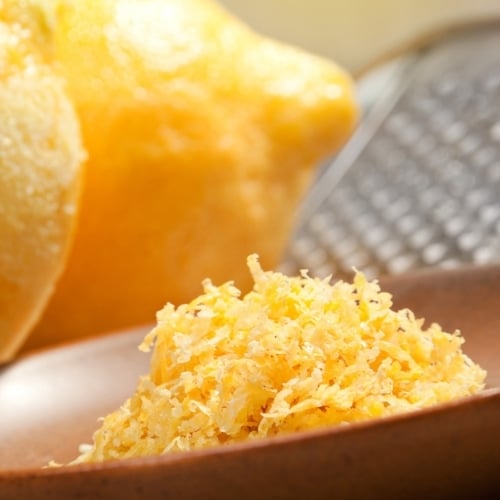