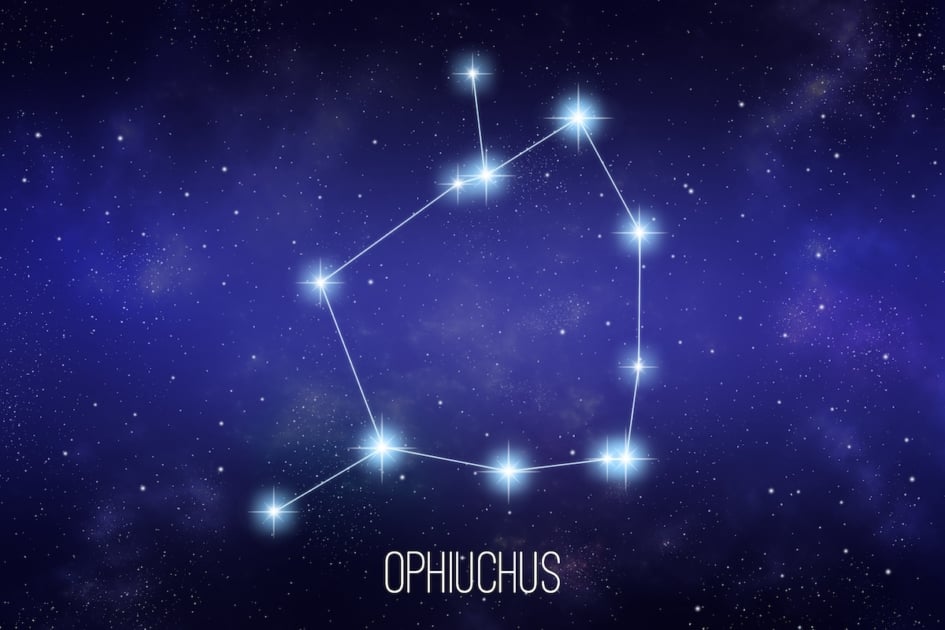 In 2011, the news media was all aflutter with the revelation that, seemingly overnight, the Zodiac had gained a 13th constellation, and all of the other signs were now out of whack. The reasons why that’s not exactly true, and certainly not the Earth-shattering news it was made out to be, have been covered elsewhere on this site. Still, the brief attention was a great way to highlight a major constellation that isn’t as well known among backyard stargazers as some of the bigger names in the night sky, such as Orion or Hercules.

Ophiuchus is a large constellation located near the celestial equator, the band of space corresponding with the Earth’s own Equator. Its name is Greek for “serpent-bearer,” because it divides the constellation Serpens into two sections, Serpens Caput and Serpens Cauda. It is usually depicted as a man carrying, or wrapped in, a large snake, and its symbol is uÌ´.

It was among the original 48 constellations listed by the Second Century astronomer Ptolemy, and is one of 88 recognized modern constellations. In addition to Serpens, the constellation sits in the sky surrounded by Aquila, Hercules, Scorpius, and Sagittarius.

Ophiuchus contains 62 stars, 10 of which form its shape. The brightest is alpha Ophiuchi, also called Rasalhague, at the head. The constellation is also home to Barnard’s Star, one of the closest stars to our own Solar System. The last known supernova in our galaxy, supernova 1604, occurred within Ophiuchus in the year 1604 (thus, the name).

Ophiuchus is said to represent the Greek healer Asclepius. According to myth, Asclepius learned the secret of immortality from a serpent but was killed by the god Zeus to prevent him from sharing this knowledge with the rest of humanity.

Medieval Arabic astronomers had a similar vision of the constellation. They dubbed it Al-Hawwa, or “the snake-charmer.”

How Do You Pronounce It?