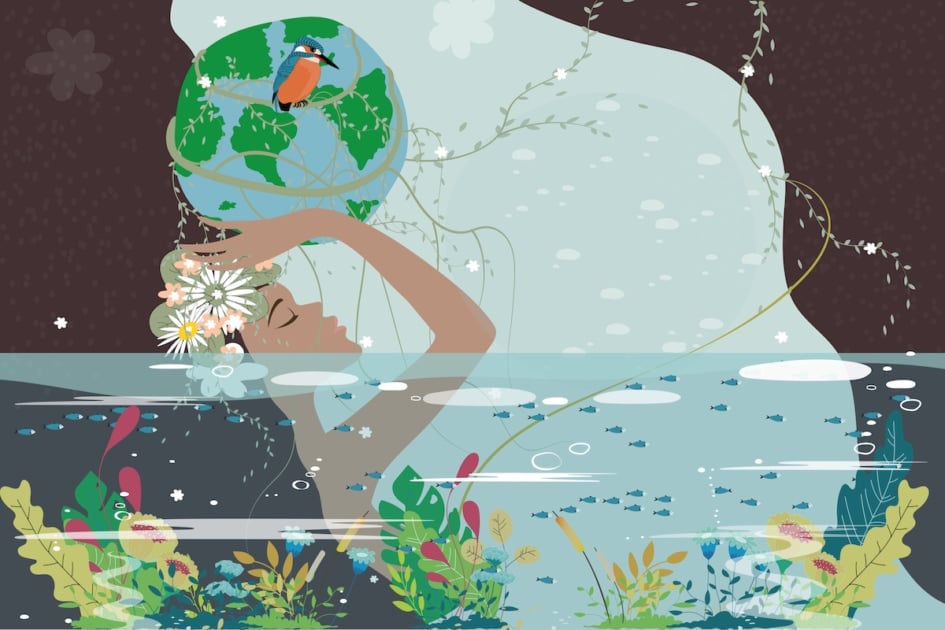 Throughout history, people have had all kinds of theories about the Earth. Our home planet was once believed to be flat and fixed in place, while the Sun and other heavenly bodies floated around it. Leading from that, it was also once thought possible to fall off the edge of the Earth.

As with other natural phenomena, the Earth has also been personified as a deity, most often in the form of a mother goddess. In fact, the English word “earth” actually comes from the name of the Norse earth goddess, Jord (pronounced “yurdth”).

Another prominent earth mother figure was the Greek goddess Gaia, who bore the titans and giants from her union with Uranus, god of the sky. She eventually bore Cronus, god of time, who fathered the chief god Zeus with his titan sister Rhea.

Gaia herself was said to have formed spontaneously out of the formless void, and to have formed Uranus out of the primordial mists to cover herself and to appease her loneliness. She also fashioned other deities on her own, including Aphrodite, goddess of love.

According to the classic myths, Cronus eventually broke Gaia’s heart by castrating and attempting to slay Uranus. Gaia then told Cronus that, because of his wicked deed, his own son would someday do the same to him. To prevent that fate from coming to pass, Cronus ate every child Rhea bore to him.

Eventually, though, Rhea was able to deceive Cronus and protect one of her children. She gave the her son Zeus to Gaia to raise, hiding him from his terrible father. When Zeus finally grew up, he cut open his father’s stomach, freeing his heavenly brothers and sisters. This is how Zeus came to be king of the gods of Mount Olympus.

Though Gaia didn’t feature prominently in the myths of the other gods and goddesses, she remained a sacred figure to the ancient Greeks. She was believed to have been the original oracle at Delphi, eventually passing the role on to her great-grandson Apollo. In addition, oaths sworn in her name were seen as the most serious.

With all of the richness an beauty brought forth by the Earth — food to feed us, water to drink, and the air we breathe — its easy to see why ancient people imagined our planet as a nurturing mother figure.

In reality, though, the Earth is a ball of rock hurtling through space at a distance of about 92 million miles from the Sun. This distance, called the habitable zone, coupled with the Earth’s thick nitrogen, oxygen, and carbon-dioxide rich atmosphere, create the conditions that make life on Earth possible. These simple scientific facts may sound reductive to some, but this unique combination of factors is remarkable all on its own. Perhaps that’s why, even today, people still refer to our planetary home as “Mother Earth.”

You can learn more about our fascinating planet here.

Actually, Chaos was first and brought forth Gaea(Gaia) and Uranus. Their first born was Oceania, the ocean stream. [Source: “The Myths and Legends of Ancient Greece and Rome”, E.M. Berens, circa 1880 ]

Of course, humans are the only animals who think of this. We have an individual conscience instead of the normal group animal conscience.

Ok, so in plain english. Was Mother Gaia, also known as Aphrodite?

Hi Bessie, we’d have to do some digging but it looks like you’ll find some good information here: https://simple.wikipedia.org/wiki/Gaia_(mythology)

One thing you forgot to mention in your article is that FATHER GOD still rules mother nature. Thanks

We didn’t forget, Dorothy. This article is about Greek mythology – it is make believe.

look forward to this 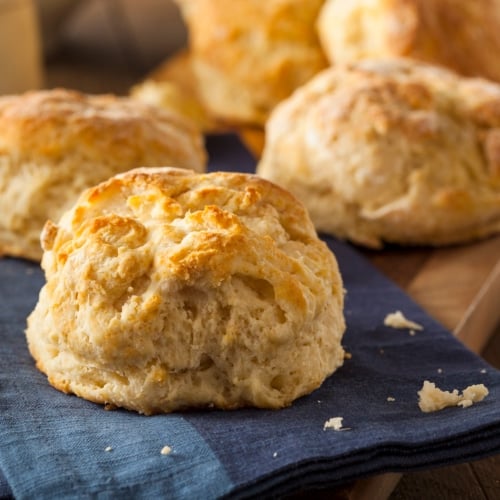