Every autumn vast numbers of birds fly south to warmer climes. Such seasonal migration patterns can commonly cover up to 3,000 miles. Even more challenging to students of ornithology and animal behavior is that most songbirds migrate at night. How do these birds find their way?

Moonwatching
Before the advent of radar, ornithologists studied nocturnally migrating birds by training small telescopes on the Moon to count their quarry passing in fleeting silhouette. And believe it or not, “moonwatching” is an actual technical term used by ornithologists. Its most celebrated discovery answered a long-standing question: do birds migrate nonstop for hundreds of miles across the Gulf of Mexico? The answer: Yes, they most certainly do.

The Stars As Their Guide
An independent study conducted back in the late 1960s by Cornell University under the artificial skies of a planetarium strongly suggested that the Indigo Bunting, a common songbird throughout the eastern United States and Canada, uses the stars as a guide for its annual migratory flights. The experiments indicated that stars located in the northern sky, close to the celestial pole – perhaps the Big Dipper – may provide essential cues for these birds. Apparently, they obtain directional information from the star patterns, much as we do ourselves. Yet other navigational cues might also be of importance.

What If It’s Cloudy?
Scientists observing migrations by radar have often reported large, oriented flights on overcast nights. These birds could not have been using celestial information, but whether they rely on geophysical factors, winds, or some other cues, is still under scrutiny as scientists attempt to discover the guidance mechanisms underlying these navigational feats.

This video shows “moonwatching” as seen through a telescope. Can you spot the birds?

Love natural peanut and other nut butters, but don’t like when the oil separates? Simply stir it once and then store the jar in the refrigerator. The nut butter will stay combined and it will keep fresher longer.
More hints & tips 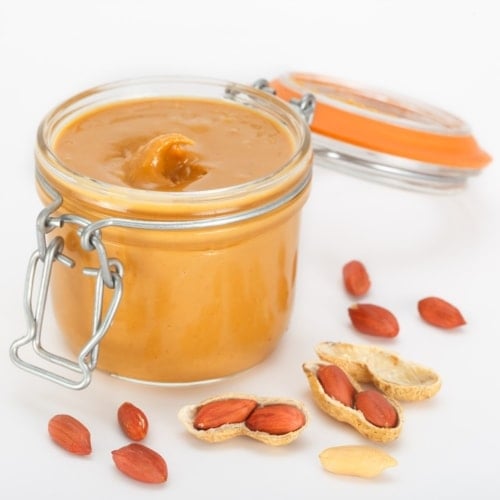