Do you have Krispy Creme dreams? Does a night with a box of jelly donuts run a close second to a weekend in Jamaica? Then celebrate your love for donuts on National Donut Day!

To celebrate National Donut Day, which is the first Friday in June, why not have your cake (or donut, as it is) and eat it too by making them yourself? We have healthy (and not so healthy) recipes, below.

How did the decadent donut or “doughnut” come to be the center of our gastronomic galaxy?  According to sources, donuts have a questionable nascence. Debatably, they were created by Dutch settlers to North America. In the 19th century, donuts were often called by the Dutch name oliekoek — meaning oil cake, or a sweetened cake fried in fat. And they didn’t necessarily have holes, which is the way we identify them today.

In fact, American Hanson Gregory lays claim to the ring-shaped donut’s invention in 1847, when he was a 16-year-old aboard a lime-trading ship (limes were highly coveted items — remember the reference in Louisa May Alcott’s “Little Women” — published in 1868-69?). Gregory was said to be unhappy with the raw center he often encountered in the traditional pancake-shape, so he reportedly punched a hole with the ship’s tin pepper box.

Prior to that, holes or otherwise, historians say there was a mention of donuts in an 1803 English cookbook — though in an appendix of American recipes. According to culinary author John T. Edge, the migration from the proper spelling from “doughnut” to “donut” reportedly occurred when the New York-based Display Doughnut Machine Corporation changed it to make it easier to pronounce for the foreigners to whom they marketed their product.

Why not make National Donut Day a day to rediscover this toothsome treat in a whole new way? Below, you’ll find recipes with a healthier twist on the classic confection, plus a simple recipe that you can whip up in minutes!

Using a spatula, fold in blueberries (coat first with a little flour to prevent from falling to bottom). Scoop batter into piping bag, snip the end to leave an opening about the size of a dime. Grease a doughnut baking pan and pipe the batter ¾ of the way into each doughnut mold.

Optional: Sprinkle cinnamon sugar mixture on top of each doughnut batter before baking. Bake for 12 to 15 minutes. Remove from pan and allow to cool.

Directions:
Place all dry ingredients in a bowl and whisk together. Stir in coconut oil and coconut milk. Stir until well combined. Batter will be slightly thick with a smooth, light texture.

Pre-heat a mini doughnut maker. Scoop batter into each mini doughnut ring — about 1 ½ tablespoons in each ring. Close lid and let bake for 2-3 minutes. Check to see if done by inserting a toothpick until it comes out clean. Let cool a little and remove carefully with a knife.  Repeat process until all batter has been used. While still slightly warm, very lightly coat each doughnut in coconut oil and toss in cinnamon sugar.

The easiest way to get your donut fix!

Mix cinnamon and sugar in a bowl and set aside.

Open tube and separate biscuits onto a plate. Poke a hole in the enter of each with your finger and work the biscuit with your hands so the hole is formed.

Fry 2-3 donuts at a time, in a skillet of hot oil, set to medium-high heat. Carefully flip using a spider tool after the first side is golden. They cook fast, only needing about 1 minute on each side, so keep an eye on them!

To easily remove silk from corn on the cob, wipe down the cob from tip to base with a damp paper towel.
More hints & tips 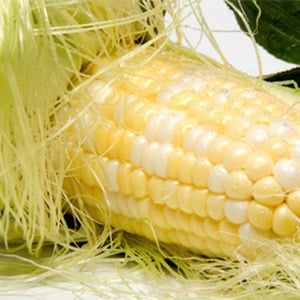