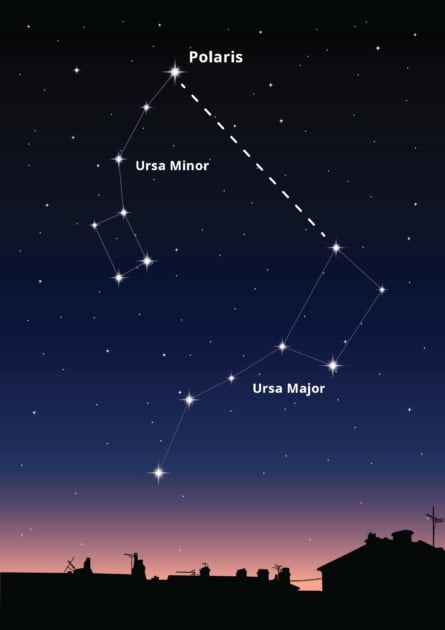 Polaris, the North Star, marks the end of the handle of the Little Dipper, whose stars are, for the most part, rather faint. It’s not so easily traced out in the sky unless the night is very dark and clear—even the smallest amount of moonlight or street lighting will blot out its four faintest stars.

June is a good time to see the stars that make up the Little Dipper. Aside from the North Star, the two stars at the front of the Little Dipper’s bowl are the only ones we can easily see. Called “Guardians of the Pole” these stars appear to march around Polaris like soldiers.

The North Star – Not the Brightest Star

Many are under the mistaken belief that the North Star is the brightest star in the sky, but actually, it ranks only 50th in brightness (Sirius gets the honors of our brightest star). Yet it always remains in very nearly the same spot in the sky year-round while the other stars circle around it.

Polaris was not always the star closest to the pole, however.  On account of the wobble of the Earth’s axis, the celestial pole shifts as the centuries go by, and different stars become the North Star at different times.  The brighter one of the Guardians, Kochab, was actually the North Star at the time of Plato, about 400 B.C.

Polaris is a yellow supergiant star, located at a distance of 433 light years from Earth.  So when you look at Polaris tonight, you’re actually seeing it as it was back in the year 1584– it has taken that long for the light that left it all those many years ago, to reach our eyes now. Incredible!

How To Locate Polaris

The easiest way to find Polaris is to use the stars of the Big Dipper in the constellation Ursa Major. The two stars that make up the outer bowl of the Big Dipper, Dubhe and Merak (also known as the Pointers), will lead you right to it—draw an imaginary line straight up to Polaris, which is the tip of the handle of the Little Dipper.

The Little Dipper is very difficult to see these days due to air and light pollution. In fact, Polaris may be the only part of the Little Dipper that people may see if you live near a large city. Imho, you can find Polaris quickly if you look for the Big Dipper on one side of it and look for a large lopsided W which makes up a large part of Cassiopeia. The deeper part of the larger triangle of the W will point back at Polaris and you if you continue on, you will see the Big Dipper. 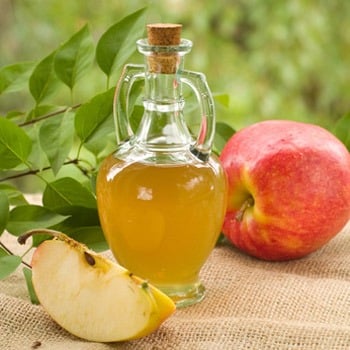