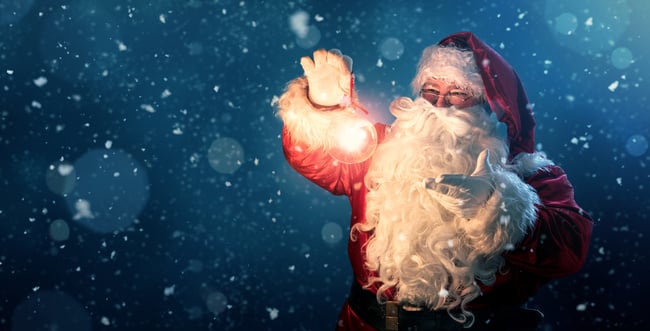 Writers and illustrators in the 19th century brightened the magic of Christmas and influenced our perceptions of this special holiday. Read on to learn about the creativity that went into the lovable Santa Claus figure and the “merry” tradition that we know so well today!

“The Night Before Christmas” Origins

In 1822, the Reverend Clement Clarke Moore, a literature professor at a theological seminary in New York City, wrote for his children what many believe is the best-known poem in the English language, “A Visit from Saint Nicholas.” The poem, better known as “The Night Before Christmas,” from its first line, powerfully influenced the iconography of Santa Claus—his plump and jolly white-bearded look, his means of transportation, the names of his reindeer, and the tradition of his delivering toys to boys and girls on Christmas Eve. On that night, many parents read this poem to their children.

Listen to “The Night Before Christmas” in the following video:

Illustrations Of A Jolly Old Elf

Later in the nineteenth century, another New Yorker, Thomas Nast, enlarged the image of Santa Claus with his artist’s pen and brush. Known as the Father of the American Cartoon, Nast remembered that when he was a little boy in southern Germany, every Christmas a fat old man gave toys and cakes to children. So, when he sketched and painted Santa, his portraits looked like the kindly old man of his childhood.

Santa Claus had been represented in various ways, but Nast, influenced by the “right jolly old elf” depicted in Moore’s poem, created the figure we know today. Over the course of thirty years of drawing for Harper’s Weekly magazine, he baked into our culture his image of Santa Claus—his jolly girth, his white beard and moustache, his bright red-and-white-trimmed coat, trousers, and hat, his black belt and boots, and his sack of toys. He also drew Mrs. Claus and set the Clauses’ workshop at the North Pole.

Charles Dickens And “A Christmas Carol”

Across the sea in England, Charles Dickens was born into an impoverished family. His father served a term in debtors’ prison, and Charles worked as a child laborer in a London boot-blacking factory. From such unpromising origins, he rose to become the best-selling writer of his time and one of the most enduring and quotable writers of all time. The rags-to-riches life of Charles Dickens became more fantastic than any of his stories.

In 1843, within the brief compass of six weeks, Dickens gave the world A Christmas Carol. The influence of that Christmas present is towering. The story’s glowing message—the importance of charity and good will toward all humankind—struck a resonant chord in England and the United States and deepened the celebration of the holiday. Although Christmases in eastern England were rarely snowy, Dickens’s backdrop of a blizzardy London in his Carol stuck with readers and helped create our expectations of a “White Christmas.”

Today, we’re likely to call anyone who is not in the Christmas spirit a Scrooge and give them a sarcastic “Bah! Humbug!” Most of us know that we owe this phrase to Charles Dickens, but hardly anyone realizes that he also popularized the greeting “Merry Christmas.” Ebenezer Scrooge’s visiting nephew greets his uncle with it in the very first chapter. In all his curmudgeonly glory, Scrooge fires back, “‘Merry Christmas!’ What right have you to be merry? Every idiot who goes about with ‘Merry Christmas’ on his lips should be boiled with his own pudding and buried with a stake of holly through his heart!” After that episode, “Merry Christmas” lodged in readers’ minds and hearts.

Without Charles Dickens’s slim stack of messy manuscript pages that came to be known as A Christmas Carol, Christmas today might still be a relatively minor holiday with no snow, no carolers, and no large family gatherings for turkey dinners.

Did you know that Charles Dickens coined the phrase Merry Christmas?

What did you learn from this article today?

Let us know in the comments below! We would love to hear from you.

Such an enjoyable and informative article. Thank you!

It’s interesting because I thought I knew more about the beginnings of Christmas, but I learned so much more after reading this! It’s also interesting to note that some of my friends and acquaintances do not like to say ‘Merry Christmas’ because they think it’s a religious sentiment, and not wanting to take part in a ‘religious festive’ experience. They would rather say Happy Holidays. But after reading this, ‘Merry Christmas’ and jolly old Saint Nick come from the imaginations of regular folk who had the gift of writing and giving joy. For me, Christmas was always about family gathering and delicious food. Yes, we always went to church, yet the sentiment of togetherness, and goodwill can be a shared experience no matter where a person comes from or what they believe. I really enjoyed this article, and the Michael Buble ‘Night Before Christmas’ video was beautiful ❤️
It’s deepened my respect that much more of the origins of Saint Nick and Merry Christmas. Thank you!

Thank you! Merry Christmas to you!

Today, most of my British friends say “Happy Christmas” exclusively. Do we know when or how “Merry” became “Happy”? 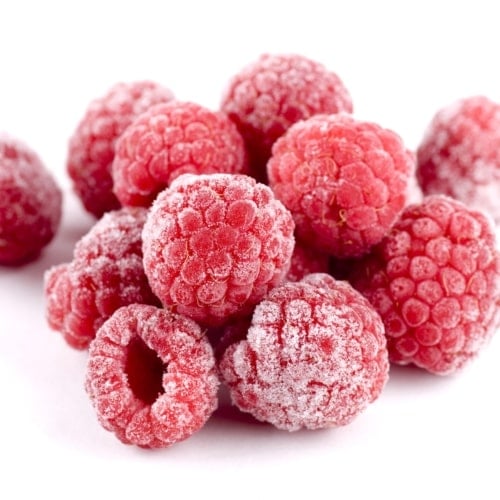