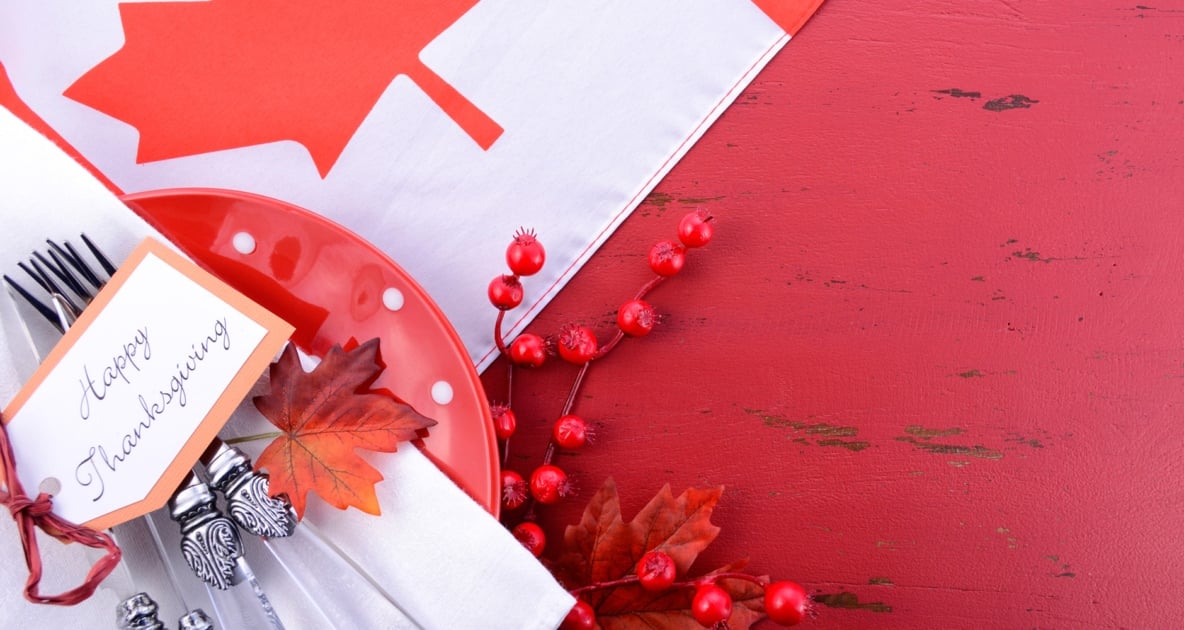 When is Thanksgiving in Canada?

Like Thanksgiving in the United States, Thanksgiving in Canada, or Jour de l’Action de grâce in French, is a time to come together, eat some good food, and count your blessings. Unlike Thanksgiving in the U.S., the holiday is not tied to the story of the nation’s founding, but is instead a simple harvest celebration; a time to give thanks for the Earth’s bounty. So, while turkey, stuffing, pumpkin pie, cranberry sauce and the like are a common feature, pilgrims, Indians and the story of Plymouth Rock are not.

Thanksgiving, in some form or another, has been a part of Canadian life since the mid-19th Century. The holiday moved around to a number of different dates for more than a century, until 1957, when the Canadian Parliament declared “A Day of General Thanksgiving to Almighty God for the bountiful harvest with which Canada has been blessed — to be observed on the 2nd Monday in October.”

The name Thanksgiving is unique to the U.S. and Canada. No other English-speaking countries celebrate a holiday with that name. Harvest celebrations, however, are nothing new. For the First Nations people who lived in North America before European settlers came, harvest celebrations were an important annual ritual.

Harvest celebrations continue to be observed elsewhere in the world, too, including Harvest Fest, celebrated during the Harvest Moon in Britain, Erntedankfest (“harvest festival of thanks”), a German religious holiday celebrated in early October, and Sukkot, the Jewish agricultural celebration that falls sometime in September or October each year.

No matter when you celebrate it or what you call it, we hope you find much to be thankful for!

Check out the forecast for that time on our Canadian Long Range Weather Forecast Page.

Thanks for reading and considering.