by Edward Higgins Updated: May 20, 2021
EmailFacebook15PinterestTwitter 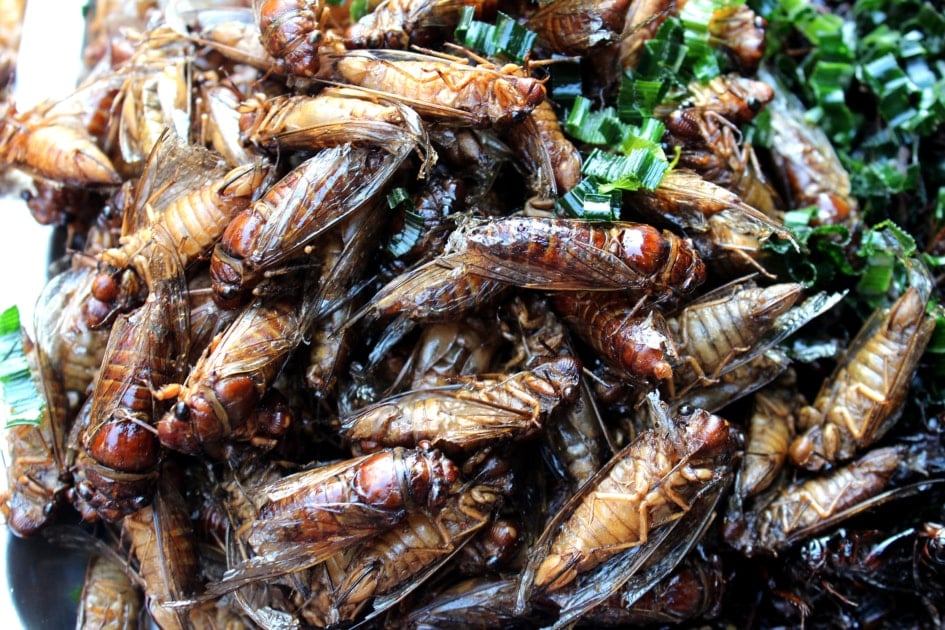 We all grew up with that kid in the school who would do anything for shock value—the one who had the reputation for being the one who would “eat a bug” at recess on a dare or otherwise. Well, as it turns out, in most of the world, snacking on bugs is not only commonplace, but many species of insect are considered delicacies. More and more people are catching the “bug” and eating bugs is very trendy these days with edible insect sites springing up all over the internet.

In wildcrafting or survival situations, bugs are an essential source of protein. But wildcrafters and survivalists also report that many bugs are surprisingly delicious to boot. If you’ve never sampled bugs as food, and are thinking of giving them a try, we recommend that you start with the cooked varieties, rather than trying to eat them raw or live. While it’s reported that many species of insects can be eaten raw, if it’s not a question of survival, you might find eating them uncooked quite a bit more challenging.

Here is a list of edible bugs; it ranges from “delicious . . . for a bug,” to actually being quite tasty (gross-out factor aside).

Remove the legs and dry roast, fry, or stir-fry.

Also known as “the shrimp of the land.” Cicadas are delicious roasted over an open fire, or deep-fried and tossed with salt and seasonings like chili powder or honey mustard.

Mealworms are the larvae of the darkling beetle. Both dried and live mealworms are readily available online. These can be roasted in the oven and salted, or marinated with ginger, garlic, and soy, and prepared in an Asian style stir-fry.

In China and Thailand, these critters are often served skewered and fried. They apparently taste similar to soft shell crab.

Fry in oil or butter with shallots. Or try this recipe.

Remove the legs, skewer, and roast over coals. Great brushed with teriyaki sauce while roasting.

Although it takes a lot of ants to make a meal, these can be roasted in a dry pan and then added as a flavoring or crunchy topping to other dishes. Their flavor is sour, more like vinegar.

These worms are the larvae of the wax moth. Today, they are raised on farms for human consumption. They are a good source of protein but a little higher in fat than other edible insects. The flavor is somewhat like pine nuts, and they can be roasted or sautéed.

Forage swarming termites from rotten trees in the forest, but stay away from house termites. Roast or fry. They are said to taste like a bit like carrots.

Those little roly poly bugs, some say, taste like shrimp. Boil or sauté in butter. In his 1885 book Why Not Insects, Vincent Holt wrote about pill bugs, stating “I have eaten these, and found that, when chewed, a flavour is developed remarkable akin to that so much appreciated in their sea cousins. Wood-louse sauce is equal, if not distinctly superior to, shrimp.”

Not sure which to try? Have fun browsing this edible bug web site!

The most appetizing way to eat the insects would be to put them in a blender with spices and make a sauce to pour over and flavor other wild foods, such as wild greens, etc. You would get the protein without the gagging.

Great idea Betty! Let us know how it goes :)!

I am a elementary student at Hirsch..

Cool! This helped me a lot

Good to know for when the SHTF.. Knowledge is power. Thank Farmers Almanac!

Remember, for those of you who say “GROSS.” You don’t have to chew them and savor the flavor or feel the texture. Steam/Boil/Bake them, cut them into small pieces, and swallow them like vitamin pills.

I work for an edible insect company Entosense located in Lewiston, Maine. We sell most of the bugs on the list.They are raised for human consumption. Check out edibleinsects.com for more information on entomophagy (eating bugs).

Wow! We ate bugs all the time when I was growing up in the Philippines. Crickets are the best, you can sautee’ them with tomatoes, garlic and onions, yumm! Cicada, well we did not really eat those but I used to play with my friends and we did eat them, they were actually pretty good, they weren’t really on the menu though. I am really happy to see them on this list:)

Hey Bill, thanks for the Etosense info, I’ll definitely check you guys out! Gotta try those katydids!

If you’re ever in the Auburn area, stop by Entosense and try some of our bugs. Katydid and black ants are my favorite, they taste great. Some of our bugs are grown here in Maine. We sell worldwide on the web.

We’re just across the river from The Farmer Almanac’s offices.

OK, I will remember the above info when I’m stuck in the wild and 99% dead. “Grab me a stew pot and simmer them bugs til tender”.

I use crickets in peanut brittle for my husbands Arthropod Zoo on the Mississippi State University campus. They are tasty toasted with spices.

Bugs are not something I’d place on my daily menu – but they are on my “survival in the bush” menu.

Hi Chris, correct. We say, “Be sure you have a reliable, wild source, well away from areas likely to have been sprayed with pesticides.”

Make sure if you are planning on eating them, that you haven’t been poisoning them.

I have eaten bugs before and I’m going to try cicadas when they come out again.

I type of bug that drinks tree sap

Sorry, I am going to be hungry for a long time. I can’t say that they aren’t absolutely delicious but eating insects sounds gross to me. I could not even watch someone eat
a bug.

thanks for your article…i have heard they have a lot of protein! I have heard that people have eaten ants but do you have any idea how they would deal with the formic acid they emit?

Informative article.
Is preparation often done while the insects are still alive (dried notwithstanding)? Seems like there’d be a lot of hopping/flying/crawling around the griddle. All those squirming death throes might put one off ‘is porridge! Maybe best to cook dinner out of doors.
Would be interested to read a top ten pest insects in the USA that are edible, as well as ones best avoided.
Nice work, keep ’em coming! 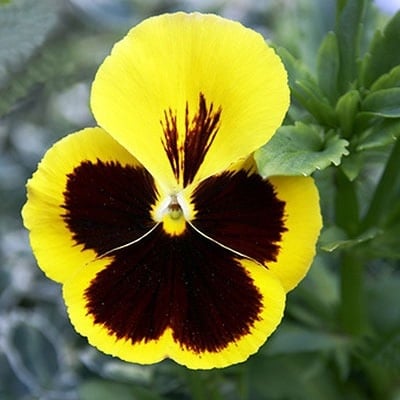