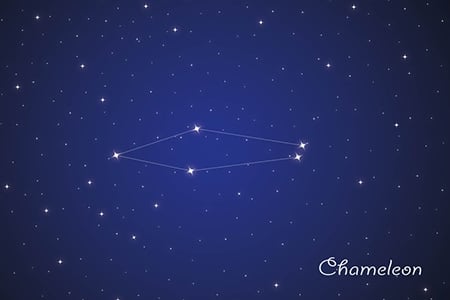 The chameleon is one of the most unusual creatures in the natural world. Native to sub-Saharan Africa, these striking large-eyed lizards possess the ability to change their skin pigment, and even create patterns in their skin, in response to their environment.

Chamaeleon, the Latin form on the animal’s name, is also the name of one of the lesser-known constellations in the night sky. It is one of 88 official modern constellations, and one of 40 that is not of ancient origin. It was introduced in the late 16th century by Flemish astronomer Petrus Plancius, one of a handful of astronomers during that era who took it upon themselves to catalog the unfamiliar skies of the Southern Hemisphere.

The constellation is bordered by Musca, Carina, Volans, Mensa, Octans, and Apus.

Chamaeleon does not contain any Messier objects, bright deep sky formations first identified primarily by French astronomer Charles Messier during the 18th Century, but does contain some other notable deep sky objects. Eta Chamaeleontis, also known as Mamajek 1, is an 8-million-year-old open cluster, and NGC 3195, is a faint planetary nebula. The constellation also contains several molecular clouds, interstellar clouds in which molecules, and even stars, can form.

Because it is a modern constellation, Chamaeleon has no role in classical mythology, though there is an African myth that a chameleon was the first creature to discover humans. Another African tale implicates the creature in our mortality. According to that legend, the gods sent both a lizard and a chameleon to give a message to humans. The chameleon was asked to tell humans that we would live forever. The lizard was told to tell humans that we would eventually die. Because the lizard arrived before the chameleon, who took is time and stopped along the way, the lizard’s message came true. There is also much folklore surrounding the animal. The ancient Greeks saw chameleons as the personification of air.

While few creatures can match the mysterious nature of the chameleon, the night sky holds wonders of its own. Be sure to take some time this summer to watch the chameleon constellation change colors as the sky turns from dusk to dark and back to dawn.

I think northern, the people there are very religious

I wonder what part of Africa this Story originates. 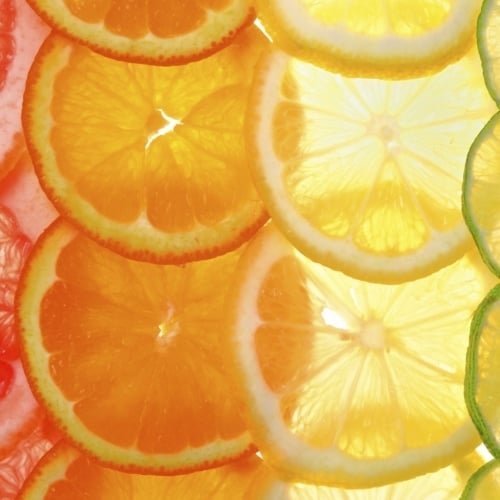