You might be surprised to learn you have ferocious carnivores amidst the beauty and whimsy of your garden. Calculating, both diurnal and nocturnal hunters with lightning speed reflexes they lie in wait for their prey, ambushing unsuspecting passersby and snatching them up in an attempt to satisfy their insatiable appetites.

Some with spiked forelegs and exceptional vision improved with the ability to look over their shoulder, others with the capability of flight and camouflage, any prey in sight of these beasts have little chance of survival.

You might be even more surprised, however, to learn that in the war against pests and dangers to the green and color of your garden plants, these fierce creatures are your best ally. There are two specific anthropods that you may wish to consider extending a “garden party” invitation to the praying mantis and the spider.

The mantis is the only insect that feeds at night on moths and has the speed capability to trap mosquitos and flies. Even those awful “murder” wasps! Due to their inclination for aphids and other insects potentially detrimental to a garden, the mantis can be utilized as a form of biological pest control. The offspring of a mantis is called a nymph, and a female will lay anywhere from ten to four hundred eggs a year from which the nymphs are born. The nymphs are born in late spring and early summer and are ferociously hungry from birth, making them an exceptionally good form of pest control in those peak garden months.

If you are looking to find praying mantis for such purposes, they may not be immediately detectable. You want to look at the months around August to late September and to check for egg cases on flowering plants and also around porch lights as male mantis will fly to be near the light. You can also buy dormant mantid egg cases that can be found for less than ten dollars for three cases at most garden stores and online, and each case has around two hundred eggs a piece.

Spiders are often thought of as creepy-crawly frightening creatures that are used as elements in haunted houses and spooky movies. But spiders are actually incredibly beneficial for garden life. They help balance a healthy ecosystem within the garden by eating overpopulations of pesky insects. They are agile hunters and create intricate webs that help to catch a multitude of invasive garden species.

There are 38,000 specifies of spiders in America and all with unique talents. Some are hunters, others jumpers, and some are specifically designed web builders. Spiders can be encouraged to find solace in the garden if you plant tall trees so that they can build their webs. Gardening experts recommend leaving a small part of your garden mulched as the moisture will be a good type of habitat for the spiders to lay their eggs. Also recommended is to plant an insect border in early spring that you do not till under, that way the spiders may lay their masses of eggs.

Though they can be frightful looking in nature, and terrifyingly masterful hunters, these unlikely garden allies possess qualities that can be your best line of defense against pesky creatures in the garden, and if we recognize these traits of these insects of prey, we can begin to see the beauty behind the beasts of the garden.

I moved to the town next door (here in Connecticut) and for the first time I have a massive beetle problem. They are red in color, infest my garden and basically kill my vegetables. What do I do??? I have never used pesticides and don’t want to. Also, please don’t tell me to pick them off. Way too many. Unbelievable qty.

So sorry, I tried to post some pics of my friend Miss Mantis, but I don’t think it worked on here. oops. I guess her 15min. of fame are up…..

I have a very special Mantis friend. She even posed for me when I took her pictures. For over an hour I snapped all kinds of very cool pictures of her. Here are a few:

To answer your question regarding ants, we had such a problem with ant hills in the lawn…..I have a simple method also using borax. In a pail, mix 1 part icing sugar and 1 part borax…dig a deep hole in the middle of the ant pile and carefully spoon in the mixture. I say carefully because borax will kill the grass, bury it deep. These little buggers have not been back.

In Response to Donna, with the Ant problem:

I found a recipe on food.com entitled “Get rid of Ants, Ants, Ants” It has worked for me 3 times now, first I had them coming into the house thru the garage, then the kitchen door and finally the front door and have used this method each time and after 24 hrs they are gone. Word of caution, I have noticed that where the liquid touched the cement in the garage and on the trex deck, it has left a wet looking stain, both are porous surfaces and honestly I don’t know if it will wash off as I have not tried to remove either of them but in the house on the sealed tile no marks at all.
http://www.food.com/recipeprint.do?rid=203233

It is a mix of sugar, boric acid and warm water and you saturate cotton balls and lay in their pathway in a shallow bowl/lid and drip a bit on the flat surface to get them started on it. Very simple to make and use so unless you have little ones or a pet who would tamper with it I would diffently give it a try.

What do the egg cases of mantises look like?
What specific hardy plant species attract them?
Is there any kind of house you can make for them?I know there is toad houses that you can make easy.
What pesticides are not harmfull to them?

We don’t have these lovely little creatures (mantis) here in Canada. Other than spiders and lady bugs which ones are the beneficial insects to rid us of the bad little buggers?

In my next life I wanna come back as a mantis. I like the fact that after they mate they bite the heads off their lovers. 😉

One spring, when I was living in Oshtemo, Michigan, a thumb nail sized mantis moved into the front garden. It was interesting watching it grow, but always in the back of my mind I thought “I am glad that that it will not grow to a size where I will need to fight it off”. It did watch me while I was gardening.

We have many mantis in our yard, do they make any sounds?

I love Praying Mantis, They are the most fantastic insects I know. I first found an egg case, in my garden a few years back. I made sure it was safe, that nothing would bother it. Now I have egg cases all over my flower beds. I have them all over my yard now, and love to pick them up and watch them.
Jerry Davis

Before you wash clothes, it's always best to zip them up. Zippers tend to work better and last longer when you launder the article of clothing while zipped.
More hints & tips 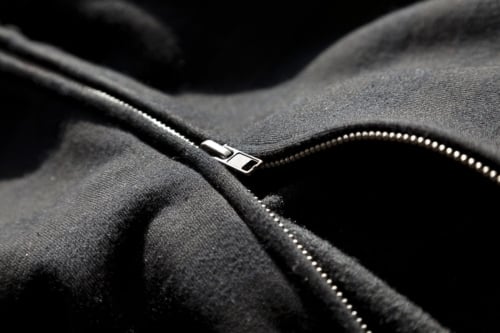