Here in the US, every winter has its exceptional cold spells or days-on-end when temperatures dip below zero in the northern states and below freezing even in parts of Florida. This week’s cold snap brought temperatures far below-normal temperatures and snow, sleet, and ice to places like Dallas and Nashville. But no matter how many times you may have thought to yourself, “this is the coldest winter ever,” it doesn’t hold a candle to some of history’s coldest cold waves.

The Great Arctic Outbreak of February 1899

The cold snap of 1899 is still considered to be the “mother” of all cold snaps. No other cold weather episode yielded lower temperatures (as low as -61 degrees F) over a larger area (the entire nation) for as long (two weeks)!

The cold began during the first week of February in the western third of the country, where temperatures dipped as low as 33 °F in Los Angeles, CA. It then shifted to the central and eastern United States and Gulf Coast the following week. The cold was so severe ice is said to have flowed from the mouth of the Mississippi River into the usually balmy Gulf of Mexico. But the cold didn’t come alone. In the days leading up to Valentine’s Day, a Nor’easter tracked along the East Coast bringing blizzard conditions and more than a foot of snow to a swath of states from the Carolinas to Maine.

Dozens of cities still hold onto their all-time record low from this cold wave, including Washington, D.C. (-15 degrees) and Tallahassee, Florida (-2 degrees).

There were many memorable cold snaps in the late 1970s (January 1976, January 1978, and February 1979). But in mid-January 1977, the Southern US experienced one of its most intense arctic outbreaks on record. It was so cold that Miami, Florida, and the city of Freeport in the Bahamas (places where people go to get away from winter) got snow! No snow had ever been reported in either place before, nor has it since.

Christmas of 1983 is remembered as one of the coldest Christmas nationwide. The cold arrived in mid-December, just in time for the holiday shopping season, and lingered until a day or so after Christmas. Only the US desert southwest was spared. Over 100 low-temperature records were broken for December 25th, but temps weren’t the only thing about this cold that was record-setting. Typically, arctic air masses that invade the United States are accompanied by strong high-pressure systems (the higher the pressure, the more intense the cold). The high associated with this cold wave was so extreme that it caused the highest barometric reading ever measured in the lower 48 states (1064 millibars at Miles City, Montana)!

This cold spell that hit January 18-22 brought arctic temperatures to every state east of the Rockies. Not even the President was immune from the cold—due to wind chills in Washington, D.C. reaching -10 F, the inaugural ceremonies for President Reagan’s second term were held indoors rather than in front of the U.S. Capitol Building. The cold claimed more than 100 lives, and also a staggering 90 percent of Florida’s citrus crop.

Is there a historic cold snap that you remember shivering through? Share your story in the comments below.

I remember in ’83 a cold snap we had in Mansfield, PA where for 3 days straight it never got above -17º. I was young and dumb so I drove my motorcycle to work (no fairing on it). Only about a mile to work, but my biggest surprise was that the motorcycle even started. Yeah, my boss told me how much of an idiot I was. Looking back, I have to agree with him. 🙂

Here's a nifty apple pie trick: before you place your sliced pie apples in the pie shell, microwave them on high in a microwave safe dish and heat for 5 minutes until apples are slightly soft to the touch. Drain the water and add to your pie.
More hints & tips 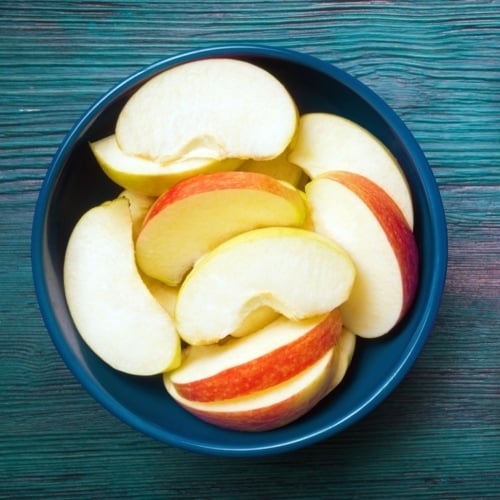