by Sheryl Normandeau Updated: May 19, 2021
EmailFacebook82PinterestTwitter 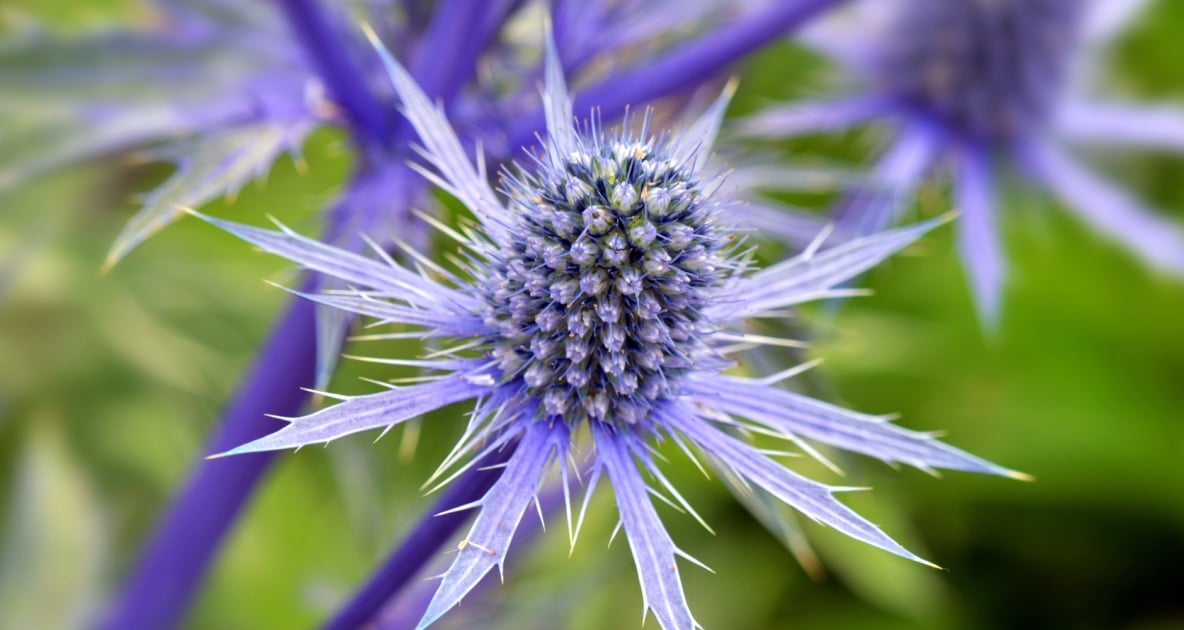 When hungry, deer will eat nearly any plant, but there are a few selections that gardeners can plant that are more off-putting than others to the four-legged ungulates. Deer are not fond of plants with waxy or sharp textures, those that are fuzzy or dry, or strong-smelling. They will usually leave these plants alone unless winter weather had been particularly harsh or there are severe drought conditions.

While no plant is 100% deer-proof, deterring them goes a long way. Why not consider adding these 10 beautiful deer-resistant flowers and plants to your garden this year?

10 Plants That Deer Tend To Avoid

If you’re looking for new shrubs to plant but want to deter deer, consider these varieties:

Astilbe, also known as False Goat’s Beard, have beautiful foliage and deer tend to steer clear. The flowers fall into the “fuzzy or dry” category.

Hawthorns (Crataegus spp.) are small trees with attractive white blossoms and edible fruit. There are some thornless varieties, but most sport one-inch long thorns from the trunk and branches. Poisonous plants are not usually on the menu, either.

Foxglove (Digitalis spp.) has showy, tubular, often speckled blooms. Several cultivars exist, in a wide range of colors. Most foxgloves are short-lived biennials that may reseed themselves. There are some perennial varieties as well. All parts of foxglove plants are poisonous.

Monkshood (Aconitum napellus) is an attractive herbaceous perennial with dark purple blooms shaped like a monk’s cowl. The deadly poison from monkshood was used in ancient Greece and Rome on the tips of weapons such as javelins and darts.

Lamb’s Ear (Stachys byzantina) is the opposite of abrasive: instead, it is a plant with leaves as soft as sheep’s wool. Eating lamb’s ear is like eating a blanket, which is why deer tend to leave them alone. The soft, gray-green leaves are highly attractive in the garden, and the pink, short-lived blooms that are borne on tall, furry stalks are conversation-starting oddities.

Cotoneaster (Cotoneaster spp.) is commonly used as hedging plants, but some species, such as rockspray C. horizontalis, are good specimen plants in a low border. Small, leathery leaves are unpalatable and the berries, while sometimes consumed by birds, are dry and not edible to humans, nor favored by deer.

Juniper (Juniperus spp.) comes in both tall, upright, and low-growing groundcover varieties. They are strongly scented and flavored and difficult for deer to gnaw on due to their sharp needles. Groundcover junipers range in color from yellow to green to blue and are an attractive choice for many types of landscapes.

Chives (Allium schoenoprasum) have a propensity to reseed freely, but in a deer-resistant garden, they are welcome selections when interplanted with other ornamentals or edibles. As a bonus, there are so many delicious dishes that use chives, from eggs to salads, and the flowers lend an onion-flavored zip to oils and vinegars.

Lavender (Lavandula spp.) is a desirable scent for many gardeners, and it doesn’t hurt that the plants are extremely beautiful as well, with stalks of deep purple flowers. Deer, however, will usually pass on this useful herb.

Bear in mind that deer may sample young, tender foliage and flowers and leave mature plants alone, and trees may be subjected to antler rubbing instead of eating, which can do quite a bit of damage to bark and lower branches—try using chicken wire wraps around the lower parts of the trunks to resolve that issue.

Be sure to check out our Gardening By The Moon calendar to see when to plant!

Allium and chives are great to tuck in around other plants that aren’t deer repellent. Their scent fends off deer. Also fertilizing your perennial garden with Milorganite keeps deer away. It works wonderfully – better than spray-on deer repellent. We toss Milorganite into the perennial garden bed every three months and the deer leave everything alone. Plus Hosta love it too. It makes them grow large and strong. If you use it on your lawn it helps prevent deer from coming on your property and it greens up the lawn also without burning it.

Hi Sally, interesting. We just looked it up and it seems like a great fertilizer!

I love my deer visits. They eat the crap outta my Pappy’s hostas though, lol

My dad told me deer, really like poison ivy.

For a special touch, include a recipe with your holiday cards.
More hints & tips