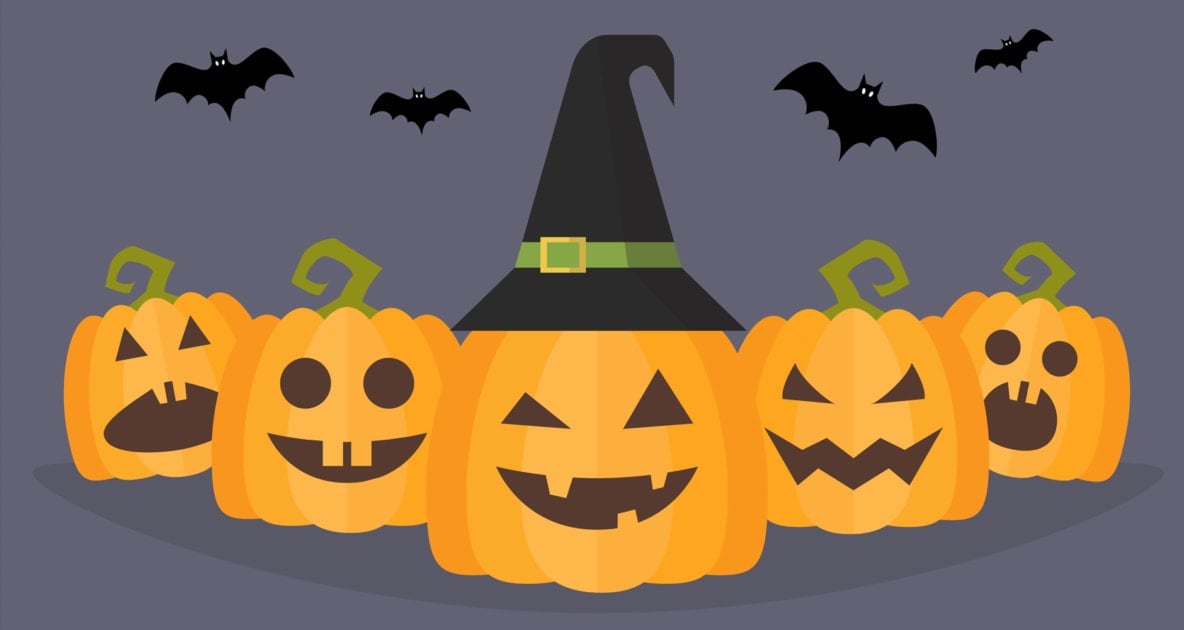 October is one of our favorite months here at the Farmers’ Almanac. Apples, pumpkins, colorful leaves, crisp temperatures and, of course, Halloween. Here are some very punny puns from well-known verbalist Richard Lederer to help scare you into the Halloween spirit!

What do ghosts serve for dessert?
I scream.

What does a vampire fear most?
Tooth decay.

What do witches use on their hair?
Scare Spray.

What do you get when you drop a pumpkin?
Squash.

What’s a ghost’s favorite snack?
A bagel with scream cheese

Where do baby ghost go during the day?
Dayscare centers.

What do ghosts say when something is really neat?
“Ghoul!”

Why didn’t the skeleton cross the road?
He didn’t have the guts.

What did the exorcist do to keep in shape?
He rode an exorcycle.

How did the ghost repair the rip in his sheet?
With a pumpkin patch.

What do you call a chicken that haunts your house?
The poultrygeist.

What happens when you fail to pay your exorcist?
You get repossessed.

What do you get when you burn a monster in Hungary?
Hungarian ghoul ash.

Why did the game warden arrest the ghost?
He didn’t have a haunting license.

What do you call a ghost that sits in the picture window of a haunted house?
A window shade.

One witch told another witch, “I want one of those new computers that has a spell checker.”

Don’t bother inviting the Invisible Man to your Halloween party. He won’t show up. Sometimes he makes excuses, but they’re all transparent.

You don’t have to worry about Daylight Saving Time at Halloween. The holiday is always on Green Witch Mean Time.

What kind of monster do you have to look out for at the laundromat?
A wash’n werewolf.

Your right groans and moans but funny

Your car’s floor mats can help you get un-stuck from snowy or muddy conditions in a pinch. Place your front floor mats under the spinning tire to give you some traction. Just don’t forget to retrieve them after you get moving!
More hints & tips