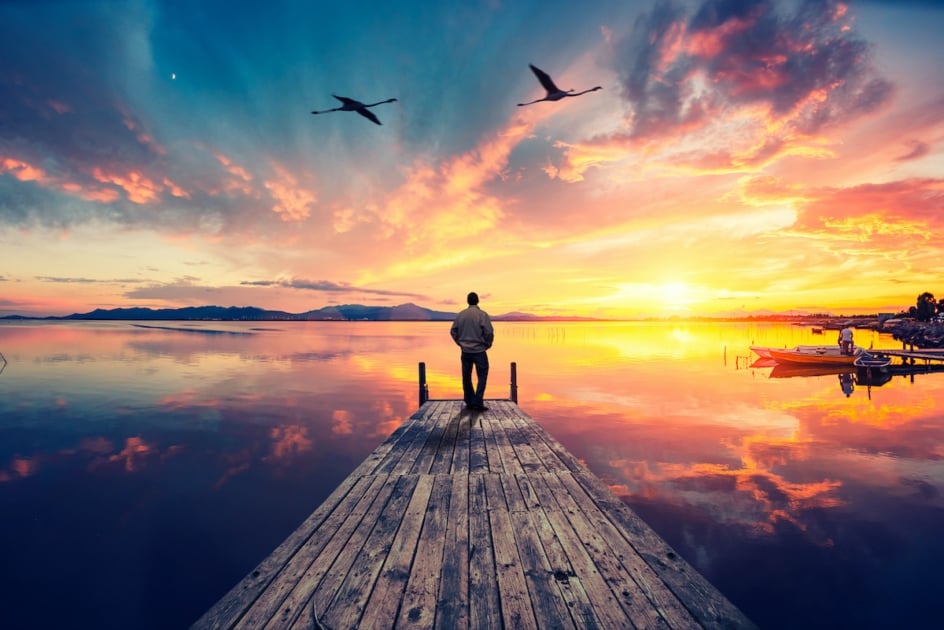 We know the summer solstice marks the longest day of the year, but did you know that the latest sunset of the year doesn’t happen on the solstice, but a week later? Look for it on June 27, 2022.

At the time of the summer solstice, the direct rays of the Sun reach their farthest point north of the equator and their northward migration comes to a halt. The word “solstice” literally means, “Sun standing still.”

Immediately after that, the Sun begins its migration south, and the amount of daylight starts to get shorter. Hardly perceptible at first, but several weeks after the start of summer, you will notice that the Sun is rising a bit later in the morning and setting a little earlier in the evening.

The amount of daylight will continue to decrease until the winter solstice—the first day of winter—on December 21st, after which the days will slowly begin to lengthen again.

But in spite of the fact that the length of daylight starts to decrease immediately after the solstice, there is an apparent paradox: the evenings following actually get brighter. For example, one day after the solstice, the Sun sets one minute later. And for mid-northern latitudes—within a few degrees of latitude 40° north—the latest sunset will come on June 27th this year.

If you check your Farmers’ Almanac sunset tables on pages 148 and 150 of the 2021 edition, you’ll see that, at latitude 40° north, sunset happens at 8:33 p.m. every day from June 21st through July 3rd, but it will actually set a few seconds later on the 27th compared to the 26th or 28th. Why is this? We all know that after the solstice, the “days start getting shorter,” so logic would suggest that the Sun should begin setting earlier, right?

The discrepancy is caused by the Earth’s elliptical orbit around the Sun. In early January the Earth is closest to the Sun and as a consequence, it is moving fastest in its orbit. Conversely, in early July, Earth is about 3 million miles farther from the Sun and is moving at its slowest speed around it. So, if you were to take a picture of the Sun’s position in the sky at the same time each day for a year, it would take on a lopsided figure-8 pattern astronomers call an “analemma.”

And it’s for this reason why the sunrises come earlier in early June compared to at the solstice. Before June 15th, the Sun arrives at the meridian up to a couple of minutes before local noon and as such, appears to rise a little earlier compared to June 20th.

Get outside and enjoy these summer sunsets!