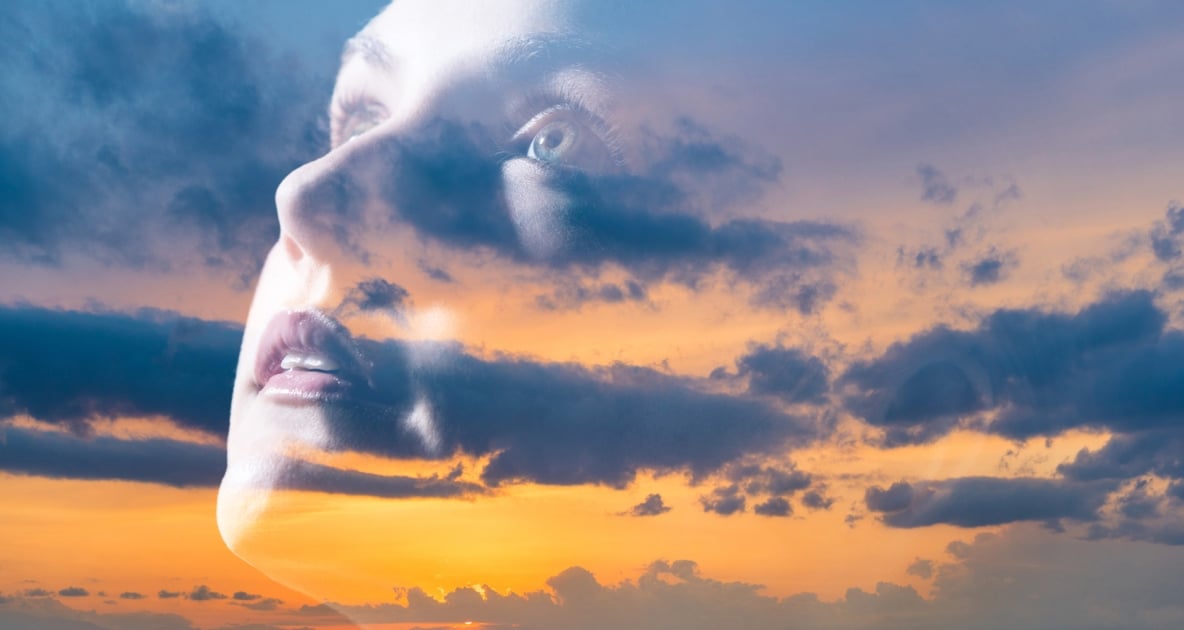 Once upon a time, people who wanted to know what the weather would bring had to rely on an upward glance at the sky. Because it’s now much easier to read a newspaper, computer screen, or turn on the TV, this skill is now a low art. With a little knowledge and practice, though, you can become a proficient prognosticator.

A while back, we ran a basic guide to predicting the weather using the sky. Here’s a more detailed guide to commonly occurring cloud types and what they typically imply for the local weather.

If you see these clouds, you are likely to have a full and fine day ahead of you. The filamentous calligraphy of cirrus clouds scrolling high across the sky is a sure sign of a good day. Exclusively made of ice crystals, these are mostly fair weather clouds, a fact long noted by the adage, “The higher the clouds, the better the weather.”

Should they start to increase, become less distinct and color the entire sky gray, they then hint at a front approaching sometime maybe 24 to 36 hours later.

An architect’s clouds are cumulus clouds, small, flat-bottomed puffs, with rounded tops, that drift happily across blue skies, that are nearly evenly spaced. These are the clouds kids finger-paint, and the forecast is as threatening as the mashed potatoes they resemble. Stratus clouds are uniform and flat, with little definition. They appear frequently in mountain valleys and hover on mountain slopes. They bring cover from the sun but little precipitation, usually not enough to thwart any outing you might have.

Okay Today, Not so Much Tomorrow

Cirrocumulus clouds are usually high ice crystal clouds with visible rows or ripples, not unlike an old washboard. The clouds are often aligned in rows, alternating with blue sky. They exist briefly, with really no immediate weather consequence. But remain watchful; should the clouds thicken and merge, there is a change likely coming.

Cirrostratus clouds spread as a thin, veil-like layer across part or all of the sky. These high icy clouds form a featureless, hazy layer as they thicken. Sometimes, they produce characteristic halos as sun or moonlight refracts through the crystals. Folklore states: “Halo around the sun or moon, rain or snow is coming soon.” The clouds are winter regulars in the northern states and Canada.

As the name describes, altocumulus clouds are middle-level, heap-like clouds, often appearing in rows or “streets,” with blue sky between the rows. The form is strongly reminiscent of the sand ripples in a tidal pool. Altocumulus also may appear as iridescent aggregations with a patterned organization.

This is the sailor’s fabled “mackerel sky,” to whit: “Mare’s tails and mackerel scales make tall ships take in their sails.” Mariners knew that the combination of mare’s tail wispy cirrus clouds above a mackerel sky portended veering winds and precipitation. Should those attractive clouds thicken and move before the wind, heed the sailor’s rule!

When you see white puffy clouds actively piling higher, you are watching cumulus congestus build. This is common in summer. These clouds may have flat, slightly gray bases and white, towering tops that keep piling into a severe storm later. It’s a classic danger cloud for mountain hiking, building in the morning to unleash torrents of rain and lightning in the afternoon. Cumulonimbus clouds are very dark, flatbottomed clouds with immense tops that can frequently be seen building into a characteristic anvil shape. Anvil–keep this image in mind, because it means you are likely to be pounded. These clouds begin early as cumulus congestus and turn mean. Folklore says it this way: “When clouds appear like rocks and towers, The earth will be washed by frequent showers.” If you see an anvil building, you better head for shelter and safety.

When to Break Out the Monopoly Board

You open the door, look across the sky to the horizon and see dark gray to deep blue, layered clouds, parts of which are blurry because of visible precipitation. These are nimbostratus clouds, a classic rain or snow formation. In areas with distant horizons, one can see these clouds as an approaching storm. Nimbostratus might as well mean “Uh oh.” Watch the direction of the clouds and don’t go that way, if you can avoid it.

I Can’t Take It Anymore; We’re Going to Florida

Altostratus clouds are flat, uniform sheets of gray or blue-gray flannel, layered across the sky. An identification key is the lack of any feature or differentiation. Occasionally, the sun is dimly visible, but there is no halo. These cloud formations are vast and are familiar in the northern states and Canada. The character of altostratus is monotonous and boring, without being acutely threatening. The prevalence and duration of these clouds dampen spirits, not clothes, and while they are cloud light, they weigh on the mind.

Happy cloud watching. And remember, anticipate the best, but take an emergency poncho anyway. Even the pros miss a forecast.

It is not always the weather watching through the images in the skies when is no clouds but you can see exactly the description of the images. As a PhD In Science and many more professional skills as well the Multilingal literacy of unknown and extraterrestrial technology and Aliens advance ability discovery I can tell you exactly what the images on the sky without clouds describe the coming events. You have questions place your questions with images on the sky without clouds photos and I will answer them private.

Players will control three different characters within the game, each with a different personality.gta
5 70 vs 100 Speed Forge 3D is a car battle game, with weapons, a choice
of three vehicles and six tracks to race on. You might be new to Android or mobile gaming, so by way of
a quick explanation, basically mobile MMOs are like Facebook games.

I enjoyed the article; however, it would be great to have had the accompanying cloud formation to descripe each. Thanks! 🙂

Hi Yvonne Pennell: Check out these photos: Scuds, Gustnadoes, and Other Scary Clouds That Look Like Tornadoes

“Learn to Read the Sky” (Glen Morris) …very interesting profile…but…would have liked better if pictures of these clouds accompanied the description.

“I can’t take it anymore; We’re going to Florida” LOL

Thank you author Glenn Morris for your creative word-choices that made this article a very entertaining & fun read!
~Ms. Hoover

back when i was a boy,in the fall i great uncle would look up at the sky and see those high white clouds,that looked like a horse’s tail in full stride! he called them mare tales? and he would say boys better start getting some wood in. He would say “whew” she’s coming!! meaning that bad weather was on it way. jacob l hall sr extreme east tenn

We live in tornado alley, readying clouds should be mandatory around here, however, what is more accurate? Reading my old hurting bones!!! Ha ha…

To save money, cut your sponges and scrubbers in half when you first buy them. They'll still do a great job and you'll have double the cleaning tools!
More hints & tips 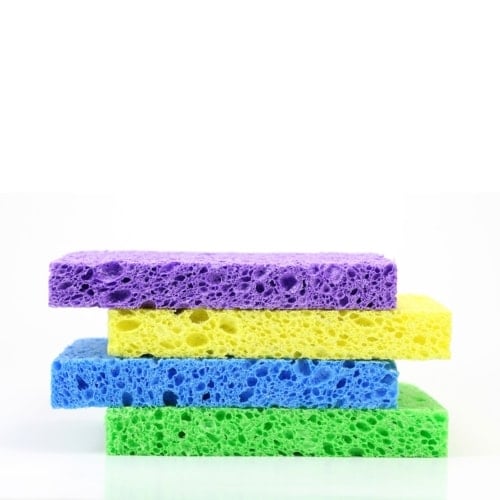