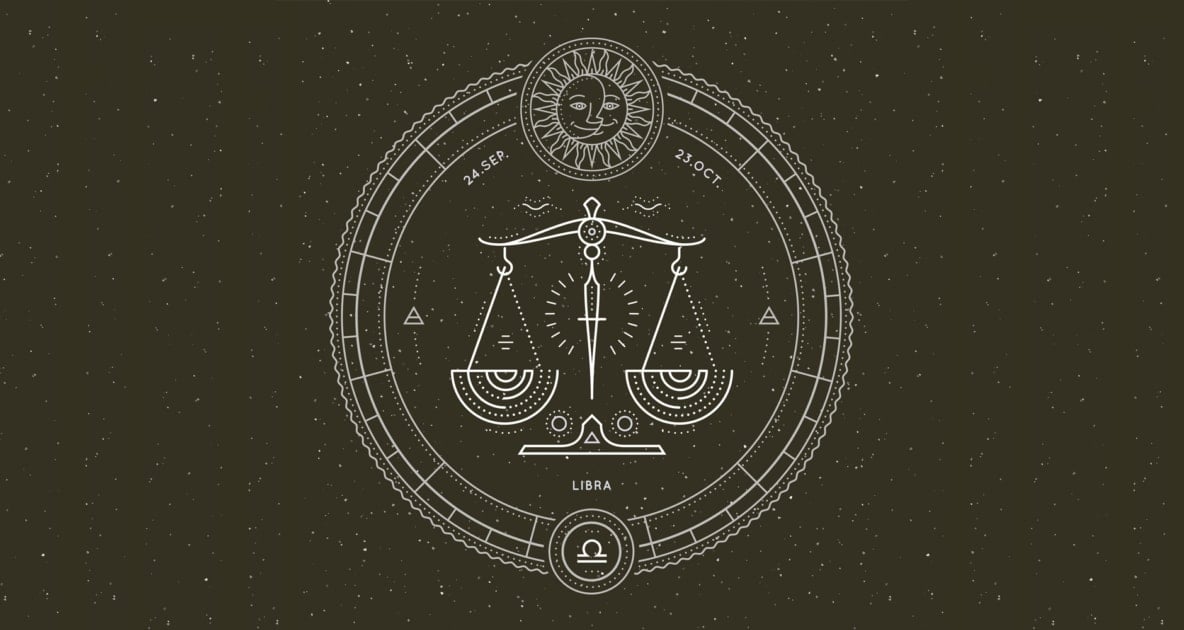 Well-known for being in the zodiac but not much to look at, is the Libra constellation, the Scales. The Libra star pattern is the only one of the twelve zodiacal constellations that does not represent a person or an animal. It’s marked by an oblong figure of stars; it supposedly consists of a beam with two pans hanging from it, for weighing things. The load in the right-hand pan must be heavier, for the balance is tilted down on that side.

How Did The Libra Constellation Come To Be?

One early version of how the Libra Constellation came to be holds that Libra was intended to symbolize the equality of day and night, which occurred when the Sun was entering this constellation some 3,500 years ago. At that time, the autumnal equinox took place in Libra (these days, it takes place in Virgo).

Interestingly, ancient star atlases depicting the adjacent constellation of Scorpius included the stars of Libra to represent the Scorpion’s claws. This history is preserved in the names of these stars. Zubeneschamali is from the old Arabic meaning “The Northern Claw,” and Zubenelgenubi means “The Southern Claw.” Today, however, based on international agreement, there is a strict division of these two constellations and yet even though these two stars no longer belong to Scorpius, they still retain their names as part of Libra.

Currently, the planet Jupiter is located just over one degree to the northwest of Zubenelgenubi, an easy double star to see with binoculars. That distance will be halved when Jupiter passes north of this third magnitude star on August 16, 2018.
Third magnitude Zubeneschamali, which appears whitish to some, has been described by others as possessing a “beautiful pale green” hue and is possibly the only naked-eye star that is green in color.

Are You Pronouncing Libra Correctly?

And be sure that you get the pronunciation of this constellation correct. I still remember after giving one of my first sky shows at the Hayden Planetarium, being reprimanded by one of the senior lecturers who happened to be sitting in my audience. “Always remember,” he said, “You pronounce it Ly-bra, not Lee-bra. If you want to borrow a book, you go to a Ly-brary, not a Lee-brary!”

I initially did not believe the Senior Lecturer (his name was Harold Parnham. He was also a professor of navigation at the State University of New York at Fort Schuyler in the Bronx), especially since I knew that the word library had its origins from the Latin word “libraria” (meaning book), while Libra was Latin for “balance;” hence two totally different things.

But when I returned home and did some checking, I found that the World Book Encyclopedia (Field Enterprises Educational Corporation) indeed suggested the pronunciation LY-bruh, while The American Heritage Dictionary of the English Language (Houghton Mifflin Company) deems both Lī and Lē as acceptable.   Lastly, in the classic star guide by H.A. Rey, The Stars — A New Way to See Them, in the Index we find: SCALES, LIBRA (lī-bra), const. in zodiac.

Finally, some people become rattled when you write something uncomplimentary about their zodiacal sign. Several years ago, after writing about this for the online news service, Space.com, I received this email:

“You’ve got some helluva nerve saying Libra is not much to look at! My wife is a Libra! Watch it, buster, or she will become unbalanced.”   All scale that end scale.

Read more about Libra in the Zodiac

Have a costume swap!

Why overpay for a store bought costume when you can get one for free? Organize other families in your neighborhood and trade last year's costume for something your kids will love.
More hints & tips