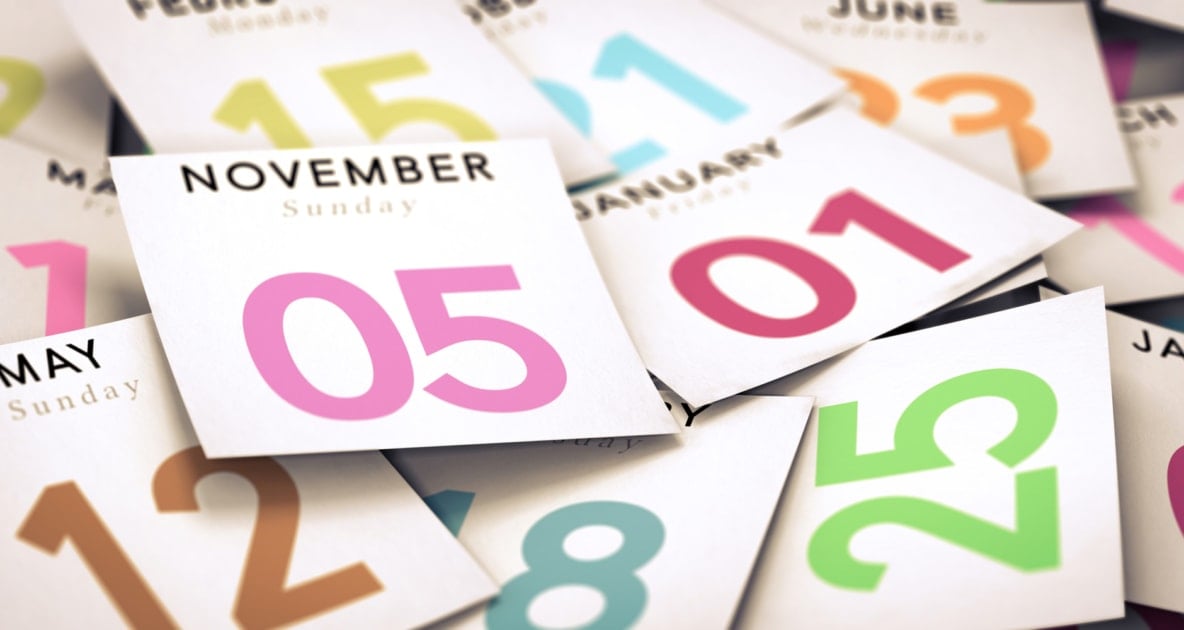 Did you ever wonder, “where do the month names come from?” Essentially, there are three sources: Greek and Roman deities, Roman rulers, and numbers. Take a look at how they influenced each month, from January to December:

The Roman calendar used to begin the year in March, the month of the spring equinox, but the change to January happened over half a century before Julius Caesar was born, basically for military reasons to accommodate all the rigmarole (religious, logistic, sometimes political) necessary before a commander embarked with an army to operate in areas farther from home, in particular the Hispanic peninsula. The first year in Roman history that began on 1 January was 153 BCE.

What did they do during the first two months?

I mean before they named them January and February…

The parts of the body

I agree with you, but did you know that “The names that we use for the Jewish months are actually Babylonian in origin and were adopted by the Jews as of the time of the Babylonian exile in the sixth century BCE.“

I am a Christian, and it makes me wonder if God would approve of us celebrating New Years? Our calendar seems to be pagan, and if we celebrate new beginnings in January, wouldn’t we be honoring their god? Also, God says the beginning of the year starts in spring, not winter.

Romans have invented a lot of names

Can you refer to where it says this in the Bible, and let me know?

Hi Abraham, it does not that I’m aware of.

Read Exodus 12:1-3
It is time to check…
The world now becomes the true Babylon the great , under the leadership of the Romans… They influenced everything.
Take the warning of Revelation 18:4
Revelation 14:6-11

Stay faithful to Abba (Father) YAHAWAH, the Elohim of Abraham, Isaac, & Jacob(Israel) & to Yahawashi (Yahshua) our Messiah, our King till He returns…Go back to pure faith without leaven. Observe newmoons for it is where we can start a new beginning as a true worshipper in truth to Abba YAHAWAH & King Yahawashi…Be blessed💞

Spring and winter begin at different times depending where you are on the globe. The Romans were naming things relative to what they were experiencing. I would think that God would be understanding of our perspective and our ignorance.

Hi
I am a Christian therefore I will be very glad to be given more information regarding roman history and Christianity.

I love the history that the farmers almanac presents!
The calendar’s history amazes me!