by Jaime McLeod Updated: May 9, 2021
EmailFacebook1PinterestTwitter 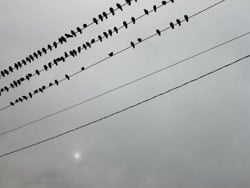 For millennia, our ancestors relied on popular lore to predict the coming weather. Some of these, like the color of the sky at night, or the position of the leaves on a tree, have some basis in reality. Others, like the following, are simply outrageous.

If a rooster crows at night, there will be rain by morning.
Actually, roosters crow whenever they want, day or night. The idea that roosters crow only at dawn is a misconception. The only reason roosters rarely crow at night is because they are diurnal animals that sleep at night. If a rooster does crow at night, any number of factors could be to blame. The animal could be sick, he may sense a predator, or he may just be feeling a bit antsy. Studies show many animals can sense bad weather, and it may be that some roosters do crow if rain is on the way, but the correlation certainly isn’t as cut and dry as this myth suggests.

Pigs gather leaves and straw before a storm.
Like many other animals, domestic pigs possess a nesting instinct, passed down to them from their wild ancestors. Gathering leaves, straw, and other soft materials is just an outgrowth of that instinct. In some pigs, particularly sows, this instinct may be stronger than in others. Regardless, the weather does not play any known role in the timing of when any given pig will exhibit this behavior.

When dogs eat grass, you can expect a severe storm.
Nearly every dog eats a little grass at some point, and some dogs eat it as often as they can get it. The timing of when a dog eats grass, or how much, has to do with evolution, and with the individual dog. Dogs evolved as omnivores and scavengers. They eat both meat and vegetation, and historically found their food wherever they could get it. In the wild, dogs would have eaten grass regularly to supplement their nutrition. In addition, grass probably tastes good to most dogs, like a fresh salad to humans. Many dogs will also eat grass when they have an upset stomach. Because most healthy dogs can eat grass without throwing it back up, some veterinarians believe that the texture of grass helps to induce vomiting when a dog is already feeling nauseated. None of this, of course, has anything at all to do with the weather.

Birds on a telephone wire predict the coming of rain.
Not exactly. If you live in an area with enough birds and enough wires, chances are you will see birds roosting on the wires at just about any time of the day or night. There is absolutely no known connection between this behavior and the weather. However, birds in migration will often “stop over” in an area to wait out a bad storm in their path. If you notice a sudden increase in the number of birds in your town — whether they’re on telephone wires or not — then it could well mean that a downpour is on the way.

A falling meteor predicts fair weather.
“Meteors” are just a name for debris from space that get caught in the Earth’s atmosphere and burn up from the friction. Several meteors enter our atmosphere every hour. At several times each year, during named annual meteor showers, you can see dozens of “shooting stars” per hour. But if you watch carefully enough, you can typically spot at least one or two sporadic meteors during any given hour of any night. Though the number of meteors that fall is completely independent of the weather, there may be a grain of truth to this myth. Meteors, like stars and planets, are often visible with the naked eye, but are best viewed when the sky is clear. Overcast conditions, which often mean rain is on the way, certainly make it more difficult to see meteors, or much of anything else in the sky.

If salt pork turns sour, then be ready for a shower.
Like most superstitions, this saying was coined long before humans knew the scientific reasons for various natural phenomena. These days, of course, we know that bacteria, and not weather, is the reason meat spoils. The reason this myth specifically mentions salt pork is that, prior to the invention artificial preservatives or electric refrigeration, food was routinely preserved with salt. Unlike untreated meat, pork cured in brine will keep for several months or more. Because of its long shelf life, salt pork was generally eaten long before it had a chance to spoil. If left untouched for too long, though, even the best-preserved foods will eventually sour. If the timing of the spoiled meat’s discovery happened to coincide with a rain shower at one time or another, it was due to nothing more than chance.

Want more weather lore? Find out if cows lie down when it’s about to rain or whether crickets chirps can act as natural thermometers.

I really enjoyed the Bird Lore in this last email. I have heard of some but still find it all very interesting . THANK YOU. 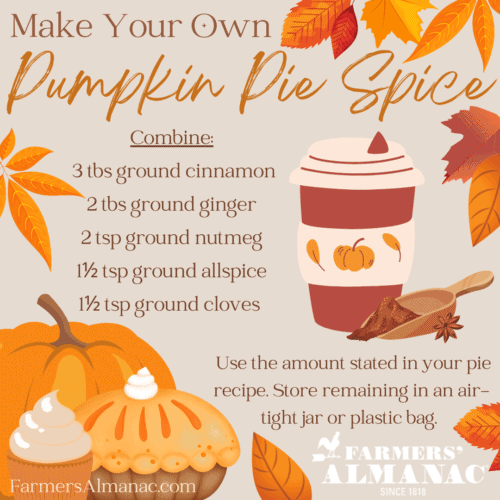