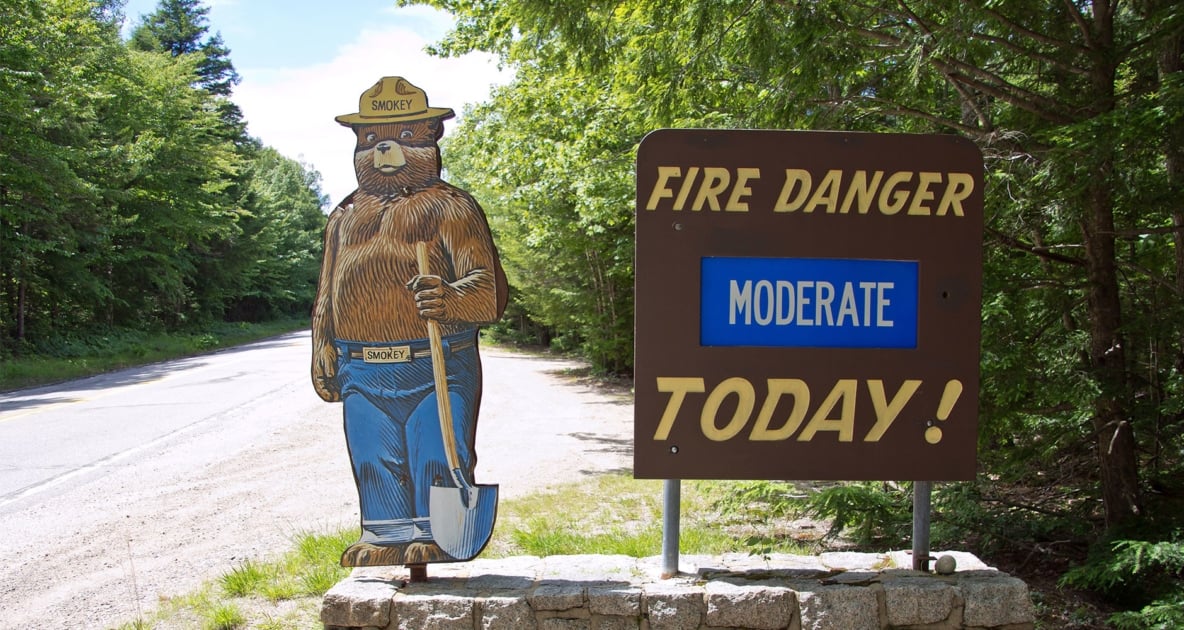 For nearly eight decades, Smokey Bear has been an iconic national symbol for wildfire prevention, encouraging children and adults all over the country to care for his forest home. But how did this blue-jean-wearing bear become the furry face for preventing forest fires?

Smokey Bear was created by artists for the Cooperative Forest Fire Prevention campaign. He appeared on posters as a full-grown bear, standing on two legs, wearing blue jeans and a ranger hat.

The educational campaign was prompted during World War II. In the spring of 1942, following the December attack on Pearl Harbor, Japanese submarines just off the coast of California fired shells that exploded in an oil field near the Los Padres National Forest. Alarmed, Americans feared that wildfires would bring more tragic destruction to the nation. With so many working citizens deployed in the war efforts, which included trained firefighters, wildfire prevention became a priority. The U.S. Forest Service, the War Advertising Council, and the Association of State Foresters joined efforts to launch the Cooperative Forest Fire Prevention (CFFP) program to produce educational posters and slogans.

Before Smokey Bear, there was Bambi. In the popular 1942 Walt Disney animated film, Bambi heightened viewers’ appreciation of the forest and wildlife. The storyline demonstrated how careless actions, such as leaving a campfire unattended, can lead to devastating consequences. Disney allowed the CFFP to use Bambi in their wildfire prevention campaign for one year. Then it was up to the CFFP to create a new spokes-animal. The new star was born on August 9, 1944.

See some of the 75th birthday campaigns using celebrity voiceovers!

The Real Story of the Orphaned Bear Cub

In the spring of 1950, fire broke out in the Capitan Mountains of New Mexico. Wild animals ran to escape the fiery flames raging across the forest floor. During the panic, a young cub became separated from his mother. Alone, the frightened cub climbed a tree and held on tight. Nearby, firefighters fought the blaze but became trapped. They laid face-down on the ground until the flames blew past them. When it was safe to emerge, they found the cub clinging to a charred tree. He was alive, but his paws and fur were burned.

A firefighter took the cub to Ranger Ray Bell who often cared for wounded animals. Bell took the cub to a wildlife vet to have his burns treated, then brought him to his home to recover. Mrs. Bell, Bell’s four-year-old daughter Judy, and their cocker spaniel, Jet, welcomed the injured cub. He dined on oatmeal and honey and soon recovered from the burns.

News of the injured cub spread nationwide. What happened to the bear cub and his forest home brought to life the importance of preventing forest fires. The popular cub had a new mission. He boarded a plane with his new name on it and became the living legend, Smokey Bear. The rescued orphan cub arrived at the National Zoo in July 1950. He received so many fan letters that the U.S. Post Office gave him his own zip code in 1964. Smokey Bear’s official address is Smokey Bear Headquarters, Washington, DC 20252.

Smokey lived out his life at the zoo for 26 years, dying from old age in 1976. He was returned to the Smokey Bear Historical State Park in Capitan, NM, where his grave is marked with a bronze plaque set in a large granite boulder.

Is It “Smokey Bear” or “Smokey the Bear”?

Officially, his name is Smokey Bear. What caused confusion was a song released about the famous bear in 1952. To maintain the rhythm of the popular song, Smokey “the” Bear was used in the lyrics. The new name stuck with many fans, and his name has been questioned ever since.

Glad you enjoyed it, Ann!

Make corn on the cob in a cooler! It's a unique way to feed a crowd at your next cookout. Simply shuck your corn and place the ears in any size clean, sturdy cooler (not styrofoam). Add boiling water (2 quarts per 12 ears) and snap down the lid. Let sit for 30 minutes, drain, and serve! Note: Use the cooler's spigot to drain the water!
More hints & tips 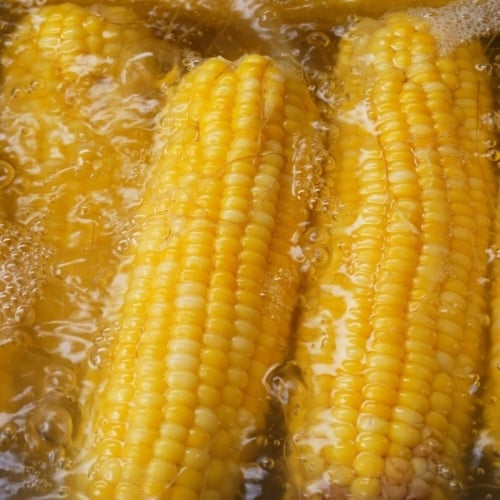