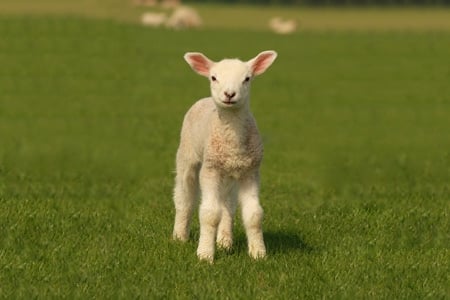 When you think of pets, do you automatically think cats, dogs, and maybe a hamster or guinea pig? While many of us who live away from farmlands don’t consider owning more than small size pets, there are a growing number of people who want to include other small “farm” animals on their property.

Sometimes referred to as “micro-livestock,” these small animals can be accommodated in both urban and suburban areas on small parcels of land. Animals are part of a healthy ecosystem regardless of the property size. They eat excess garden waste, give us fresh ingredients for the kitchen, and supply manure for a robust garden.

Check out these small, yet useful, animals:

You don’t have to have hundreds of acres to keep animals on your place. Rabbits don’t take up much space. Nor do chickens or goats for that matter. But since every animal has its benefits, limitations, and specific care requirements, take a few minutes to map out your options so you don’t end up being the livestock version of the “crazy cat lady.”

The best way to start your research is to ask those who are knee deep in manure and love it.

Josh Pecukonis is well-known in central Montana for raising heritage Navaho-Churro sheep, as well as rabbits, and a myriad of fowl. Another small animal veteran is Carol Cummins of Copley, Ohio. She’s raised everything from emus to cows for decades on just 3 acres.

Sheep and Goats
These are ideal for someone looking for a countrified pet or small livestock that yields milk, fiber, or meat. They don’t require an elaborate set up for shelter, nor an excessive amount of attention. It is best to have more than one since they’re herd animals, but even a pair isn’t much work.

“You really don’t need a lot of room,” says Pecukonis. “It really depends on the climate, but a lot of people can have them in their backyard.” “They’re not as much work as a dog,” points out Cummins. And compared to a horse or cow, she says, “If you’re only keeping one, it is infinitely cheaper feed and hay wise.” Plus, they’re not picky on their forage.

Even though you still need to deworm, vaccinate, trim hooves, and other maintenance, it’s far easier on sheep and goats versus a larger animal. Most people can do it themselves. Castration might be taking it a little far for some folks, but it is possible with proper training.

Shearing is the challenge. “Sheep need sheared or they’re just miserable,” Cummins says. The tough part in some areas of the country is finding someone to do it, particularly for just a handful of sheep.

As for goats, Cummins says, “I had pygmies. Those things are amazing if you want a pet. They were the hardiest breed I’ve ever seen. I’ve never had major problems with hooves or illness.”

While sheep are fairly docile and will allow you to be a bit lax on your fencing skills, goats won’t cut you slack. “Pygmy goats are devious little buggers,” she laughs. They found ways out of her fence that would impress Houdini. Both sheep and goats are content with a place out of the wind and the weather, as well as a pasture to graze.

There are breeds for every purpose. The Angora goat is best known for giving us cashmere from its soft undercoat. Boers are for meat. And the LaMancha and long-eared Nubians are excellent milk producers. Goats are great additions to a small homestead. “I’ve never seen one housetrained,” says Cummins, “but they’re a lot of fun.” For goats you might want to add places to climb for cheap entertainment as their antics are hilarious.

Chickens and Ducks
If you’re looking for “real” chicken for your freezer, Cummins recommends broilers. “It’s the best-tasting chicken you’ve ever had in your life,” she says, “They’re fabulous tasting, but they are not pets. They grow like crazy. You always keep food in front of them.” An ample amount of chicken manure is the obvious result. If you want it for the garden, you’ll be in heaven. If not, you have to be creative on how to handle it.

Pecukonis’s favorite is the ‘Silver Penciled’ Hamburg breed. “They’re a very appealing heritage breed, and are super layers,” he says. They’ll produce eggs years after many modern layers are done, which is an important consideration for those who want chickens for eggs. What will you do with them after their egg-laying days are done? It’s perfectly fine to keep them until they die of natural causes, but it’s best to decide before your coop turns into a nursing home for hens.

A standard feed mix with oyster shell (for the layers) is adequate for your flock. And never throw kitchen waste away again. Chickens eat everything from carrot tops to meat scraps. They also forage well, which keeps down your feed bill.
Ducks are just plain fun. Cummins says one of her favorite duck breeds is the Peking. “They were easy keepers because you can train them,” she says. She’d open the door of the coop, call them, and they’d come marching out in a single file.
Besides being a Christmas dinner, ducks are the best way to keep pests out of your garden since they nibble slugs with relish.

All fowl need protection from predators. Cummins keeps hers in a stall with outside access. The run is completely caged top to bottom. “A raccoon or possum have all night to find their way in,” she says. Think like a predator when you build.

Keeping small livestock is a way to liven up your animal world, and very well can keep you in eggs, meat, fiber, or at least lend a beak managing pests in the garden.

Pecukonis says, “It’s a nice way to get back to country roots.”

Correction: Angora goats produce mohair (long and curly, grows year round, needs to be sheared), Cashmere goats produce cashmere (shorter undercoat, grows during the winter and is shed in the spring). Very different fibers, very different goats. Both are very sweet and docile, angoras more so. (Angora is produced by rabbits, btw)

‘@ C.M – I believe and have read extensively that while genies fowls are lovely birds to keep snakes and tiks away, they are also the noiseiest creatures. Living with a bunch of them could really drive one up the wall cause of all the cacophony.
Please advise.

I am considering raising some animals on our ranch. I love animals of all kind but have never raised any farm animals. I would like imput from people who have done this along with their opinion as to pros & cons to different animals.. I enjoyed the coments above & hope to hear from some of you who have been down this road & have some good advice. Thank you & God Bless.

I think I am really going to like being a member of Farmer’s Almanac. so far I have learned several things about gardening and small animals. I need all the info I can get!

I have had Katahdin sheep since 1995 & love them. We do live on an acreage but they are perfect for a woman to care for & great around children. Plus this breed doesn’t need shearing as they are hair sheep. They grow hair thick for the winter & loose it in the spring. We raise them for meat & they are perfect for people who want to train herding dogs.

Very interesting article. I’d love to see the inclusion of mini potbelly pigs in the next one! They make fantastic pets both indoors & out.

Thank you Kathryn, I love animals, have been considering what kind to add to our family. Love the fun you had with yours. Will research it for my area. Blessings!

I had a ‘bush’ goat ( generic mix breed) whether that was reasonably house trained as far as urinating – he love to watch the afternoon soap operas and would get up on the back of the sofa and watch ‘As The World Turns’ and ‘Days of Our Lives’ with me. His poops just swept up like rabbit poops and I don’t think he had more than one/two ‘wet’ accidents in the 13 years I had him — he was crate-trained like my dogs, as well as ‘leash’ trained; He went lots of places with me – the people at the bank loved him – and he loved the dog biscuits and cherry or strawberry suckers they handed out!

I have a friend that has a pygmy goat that is fully housetrained. He is such a cutie!

Protect Your Clothes from Moths