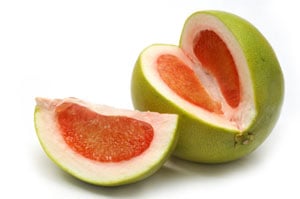 A pomelo, sometimes spelled pommelo or pummelo, is a citrus fruit native to several countries in Southeastern Asia, including Thailand, Malaysia, Indonesia, and Vietnam. It is also known as a Chinese grapefruit.

The largest fruit in the citrus family, pomelos can grow to be up to 10 inches in diameter and can weigh more than four pounds. The peels of ripe pomelos are generally pale green or yellow in color and very bitter. The sweet, mild inner fruit is usually white, but can also be pinkish or even red. The rinds are very thick and puffy, and are often candied or made into marmalade.

The flavor of pomelos is often likened to a less bitter version of grapefruit. This makes sense, because grapefruits are actually a hybrid of pomelos and Jamaican sweet oranges. Even oranges, themselves, are believed to be descended from pomelos.

Pomelos are usually eaten on their own, or added to salads. Here are a few pomelo recipes for your eating pleasure:

Directions:
Separate the pomelos into sections and remove the thin membrane from the juicy pulp. Use a fork to break each section into smaller pieces. Place these in a bowl and set aside. Heat oil in a small saucepan. Add shallot rings and cook over moderate heat, stirring occasionally, until browned. Use a slotted spoon to transfer the shallots onto paper towels to drain. In a small bowl, combine chilies, fish sauce, and sugar. In a separate bowl, combine the pomelo pieces with the shrimp, basil, cilantro, peanuts, shallots and chile dressing and toss to coat. Sprinkle with sesame seeds and serve.
Tried this recipe?Let us know how it was!

Keyword pomelo marmalade bitter, pomelo pith recipe
Tried this recipe?Let us know how it was!

Keyword Candied Pomelo Peel
Tried this recipe?Let us know how it was! 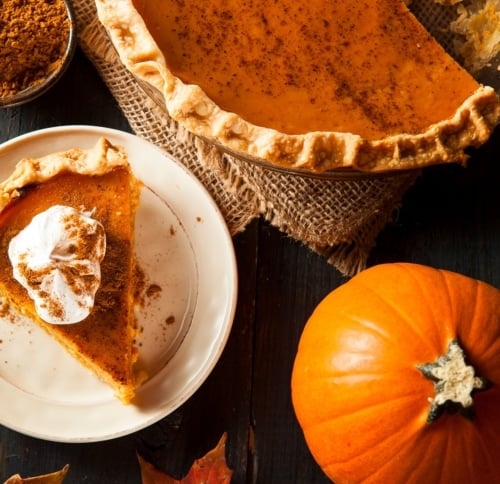