It’s that time of year when the delicate stalks of delicious asparagus make it to dinner tables everywhere. We love it grilled, steamed, stir-fried, in soups, with a squeeze of lemon, and many other ways. It’s the ultimate springtime vegetable.

But if you’re an avid eater of this vernal delicacy, you’ve probably have noticed something a little … um… smelly … after you’ve consumed it. There’s no reason for alarm: it’s perfectly normal, and you’re not alone.

Even Benjamin Franklin stated in a 1781 letter, that “a few stems of asparagus eaten, shall give our urine a disagreeable odour.”

Why The Funny Smell?

Science has an explanation for why asparagus can make your pee smell funny. And it all trickles down to one chemical compound: asparagusic acid, which can only be found in asparagus. This is why no other vegetable seems to cause such a stinky curiosity.

When our body digests the vegetable, it breaks it down and creates volatile sulfur-containing compounds. This results in the unpleasant odor that may catch you off guard. And in most cases, it can happen in as quickly as 15 minutes after consuming it, whether it’s eaten raw or cooked.

But interestingly, not everyone suffers from this fetid phenomenon. Scientists have also discovered that nearly 40% of the population either can’t or aren’t able to detect anything unusual in their urine after eating asparagus. Or, that their bodies don’t manufacture the sulfur compounds. A British study from 2010 suggested that “differences existed between individuals in both the production and detection of the scent.” So whether participants simply couldn’t smell it, or didn’t produce the compounds, wasn’t entirely clear. This only further deepens the asparagus mystery.

But aside from having asparagus make your pee smell, asparagus is loaded with vitamins, fiber, and antioxidants, making it an important vegetable to keep in your diet.

Thinking about adding asparagus to your garden this spring? Check out these tips on growing asparagus.

I love to get oven roasted turkey breast and put a few slices of asparagus in it and roll it up, sauté and seal the seam with butter in a frying pan on medium heat. So good!

I had read in a Cleveland Clinic article that asparagus detoxifies your kidneys and in some cases it reversed some kidney damage. Anyway, I love this veggie and eat it 2 to 3 times a week. Try Pickled Asparagus…it’s awesome.

A few years ago there was an email going around that said Asparagus would kill cancer cells!!! Do you know anything about it!!?? I love asparagus, and never noticed a different scent with my urine!! Joyce

I have heard of this. My aunt took two tablespoons of pureed canned asparagus morning and night for cancer inside her lip. It was successful in curing it. A few years later, it came back. She did the same thing and it went away again. She is 98 now and still living alone.

One reason should I go out to a restaurant, I never order asparagus.. it’s within 10 minutes with me and I’m a pharmacist, I’ve smelled sulpher, which is a bit worse but what’s interesting is how far that smell can travel in a very short period of time; talking the elimination part…

All that aside i adore this veggie.. I’ll cook up two bunches just for me & I love it cold also and no one cares @ that smell. Just a fascinating veggie.. how it grows- I may make a quiche now. Got my 2 bunches in the fridge

LOL My wife and I have joked about “here comes the stinky pee” for years. My dad always told me it was because there is a little natural arsenic in it, and it cleans out your kidneys.

Fill in ugly, small holes from nails with a little white toothpaste. Let it dry and paint right over it.
More hints & tips 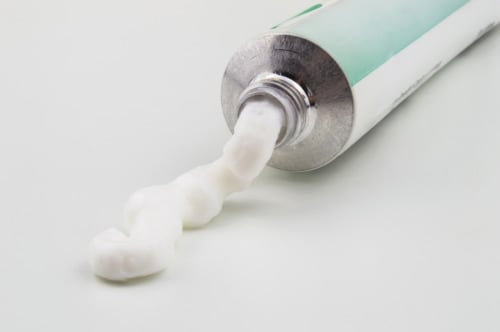