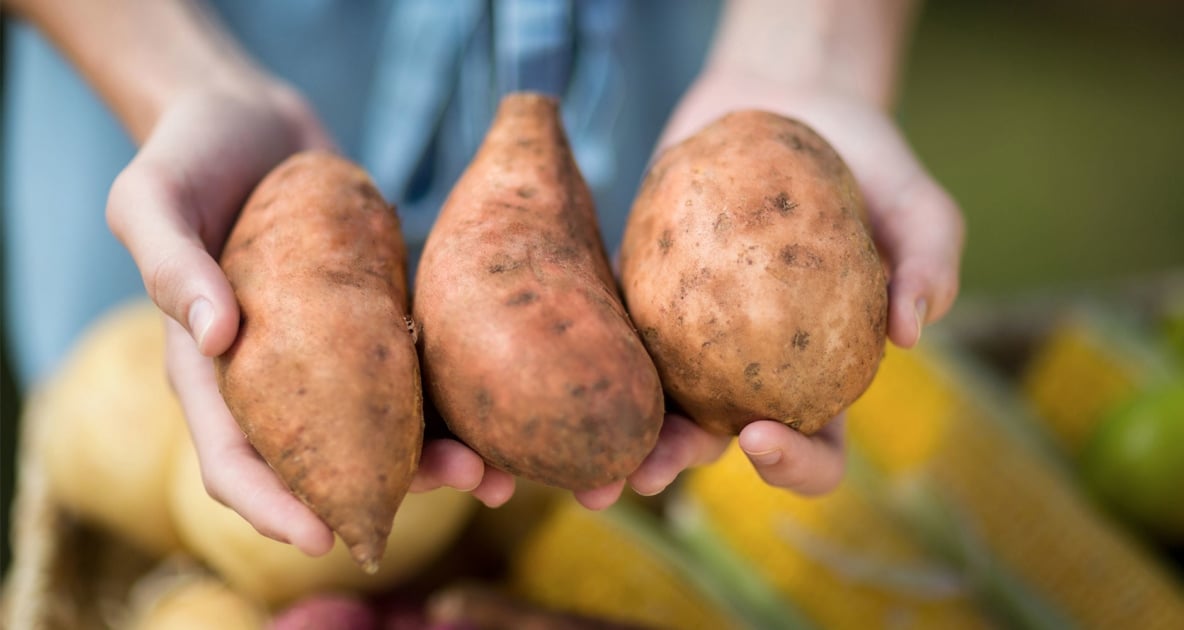 In pies or cut into fries, candied, baked, boiled, or mashed, sweet potatoes are a treat for the taste buds. But did you know they’re also one of the most nutritious foods you can eat? It’s true!

In 1992, nutritionists at the Center for Science in the Public Interest compared dozens of common vegetables and ranked the sweet potato highest in nutritional value.

With a whopping 184-point score, the sweet potato outstripped the second most nutritious vegetable — the common potato — by more than 100 points!

What’s so great about sweet potatoes, you ask? For starters, they’re chock full of protein, iron, and calcium, they contain nearly two times the recommended daily allowance of vitamin A, almost half of the daily recommendation for vitamin C, and four times the recommended daily allowance for beta carotene. They are also rich in potassium and, when eaten with the skin, provide more fiber than an entire bowl of oatmeal.

Sweet potatoes also offer natural sugars and complex carbohydrates, which means they provide high amounts of energy over an extended period of time.

Because sweet potato digests slowly, it causes your blood sugar to rise gradually than foods containing simple carbohydrates or refined sugar, so they make you feel satisfied for a longer time.

Sweet potatoes also offer the lowest glycemic index rating of any root vegetable, which means that, despite their sweet flavor, they are good for diabetics and others who need to limit their sugar intake.

Native to Central and South America, sweet potatoes were first cultivated more than 5,000 years ago. Though they weren’t encountered by Europeans until the 15th Century, they were known and enjoyed throughout the Southern Hemisphere, including Polynesia and the Caribbean, long before the Americas were colonized.

Today, they are cultivated in every region with sufficient water and warmth to support their growth.

Every year, 127 million tons of sweet potatoes are grown worldwide, with most of those being produced in China. In the United States, North Carolina is the leading sweet potato producer, provides 40 of the nation’s annual crop.

Other major producers include Mississippi and Kentucky, both of which are home to at least one annual festival in honor of the sweet potato.

In recent years, however, sweet potatoes have broken out. Many pub-style restaurants now offer them sliced up into fries or chips, and baked sweet potatoes gaining in popularity as an alternative to baked potatoes. They also make a delicious addition to countless recipes, especially spicy Tex-Mex dishes such as burritos or cornbread with chili.

Did You Know? Some Sweet Potato Trivia

– Though they’re often referred to as “yams” in North America, sweet potatoes are not actually a member of the yam family. Yams are monocots — plants that have only one embryonic seed leaf — from the Dioscoreaceae, or yam, family, whereas sweet potatoes are dicots — plants with two embryonic seed leaves — from the Convolvulacea, or morning glory, family.

– The sweet potato is not closely related to the common potato, either, though both are members of the order Solanales.

– While the flesh of sweet potatoes most commonly eaten in North America is orange, you’ll find a range of colors, from pale yellow to deep red or purple.

– Parts of the sweet potato plant have been used in traditional natural remedies for centuries. Uses include treating asthma, diabetes, hookworm, hemorrhage, and abscesses.

– The first Europeans to taste sweet potatoes were members of Columbus’ expedition to Haiti in 1492.

– In South America, the juice of red sweet potatoes is combined with lime juice to make dyes for cloth. Depending on the proportions of the juices, shades from pink to purple to black can be obtained.

Here’s an easy, and tasty, recipe: Keyword baked sweet potato chips recipe
Tried this recipe?Let us know how it was!

could you do a nutritional comparison between sweet potato and yam. I have reactions to members of the nightshade family, so am wondering about sweet potato as you state it is in the solanales order.

Did you know that the sweet potato greens are a popular vegetable in the Philippines? I always plant a few for that very reason, so I can readily cook some whenever I crave it…
And we like to put it in brothy soups instead of the regular potato too…

I love sweet potatoes: Love to make a difference way to make it. YUM YUMMY

Love sweet potatoes…… I bake several at a time and eat them over a period of days….love them w/brown sugar and butter.

My family raised sweet potatoes as food and a cash crop. They were dug and placed in a teepee shape, about 15 bushels, with a breathing hole at the top and on the side, We used syrup cans with holes punched in the end and side. The bottom hole you could reach in and retrieve the potatoes for eating. covered with a layer of hay or straw and then sod, preferably sand. Make sure they are harvested in the right time of the moon or they may rot in the teepee. We lost 15 teepee’s full one winter and had a real hard time feeding the family that winter.

I just nuke’m and eat them like an apple! I love them soft and warm!..YUM!

Charles Hoibley wrote of the Luo tribre in Africa, well nourshed and very long lives , who subsited primarily on sweet potatoes and their vines. 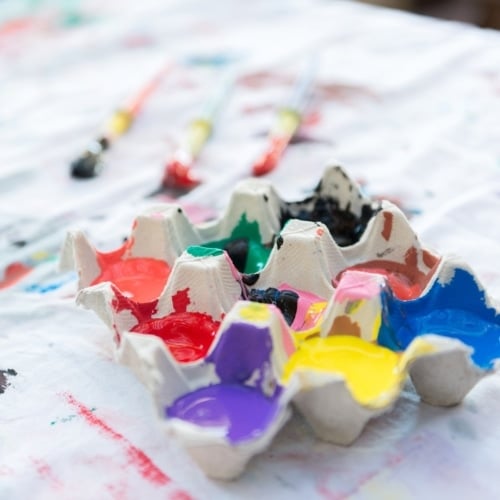